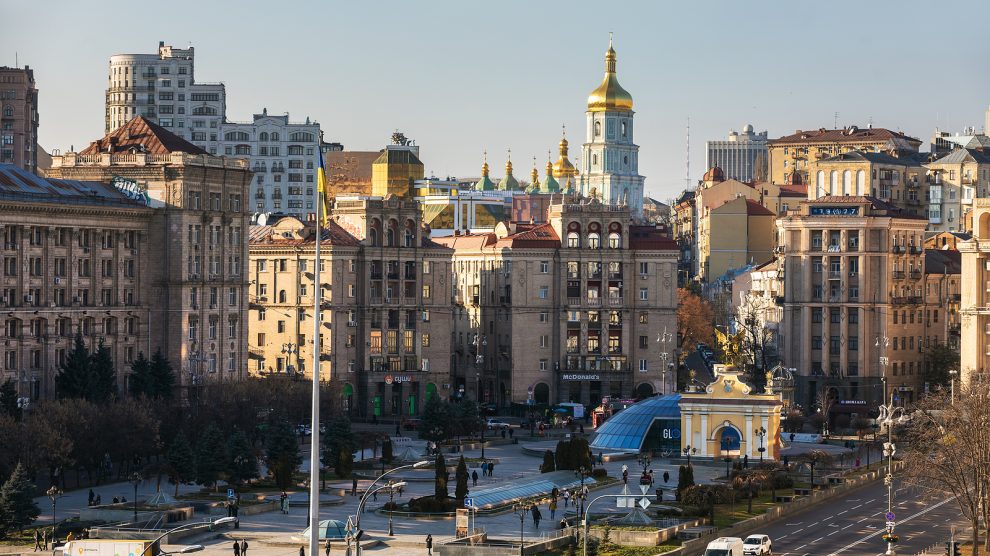 Moscow would love nothing more than to seriously damage the Ukrainian economy without having to fire a single shot.

As I write, Russia is either beginning to withdraw its forces from its border with Ukraine or is prepping for a new invasion of the country: it simply depends on which source you gather your news from, and who you believe.

There is also no shortage of outlets reporting both the withdrawal story and news of an imminent invasion.

It’s a sad indictment of the 24 hour news cycle: everything must be reported, even if it’s rumour, false news, a misinterpreted comment or a just the whim of a journalist looking to make a name for his or herself.

What gets forgotten amidst this invasion/no invasion narrative is the damage that is being done to Russia’s potential victims: the Ukrainian people. That so many countries have told their citizens to leave Ukraine (or to avoid travelling in the first place) suggests that the country is – through no fault of its own – closed until further notice.

The truth is in fact the opposite: Ukraine is open.

In a defiant show of intent clearly designed to grab the attention of the global business community, Ukraine’s leaders last week made it clear that not only does the country remain open for business despite the presence of Russian troops on its borders, but that its ambitions are bolder than ever.

President Volodymyr Zelensky told the 2022 Diia Summit in Kyiv, a showcase for Ukraine’s digital transformation, that he wants the country to become a global start-up hub, more than doubling size of its already impressive IT industry from four per cent of GDP today to 10 per cent by 2025.

That would see the size of Ukraine’s tech sector reach 16.5 billion US dollars, and make it the largest tech hub in Europe.

Alas, just a couple of days later the Dutch airline KLM cancelled its flights to Kyiv.

“This decision follows the adjusted travel advice to code red and an extensive safety analysis. It is not yet clear when KLM will fly to Kiev (sic) again,” the airline said in a statement.

Stay calm and fly to Ukraine

The Netherlands is especially sensitive given that a Malaysia Airlines flight, en route to Kuala Lumpur from Amsterdam, was shot down over an area in eastern Ukraine occupied by Russia in July 2014, killing all 298 people onboard, including 198 Dutch citizens.

Ironically, however, KLM is still flying to Russia.

Fearing that other airlines would follow KLM’s lead, effectively isolating the country just when it needs support, Ukraine on February 14 allocated 592 million US dollars to guarantee the continuation of flights to and from the country.

The prime minister, Denys Shmyhal, said the funds “were allocated to ensure flight safety in Ukraine for insurance and leasing companies” and would “stabilise the situation on the market of passenger air transportation”.

Since then, flights to and from Kyiv’s main international airport, Boryspil, have continued. In a statement, Boryspil’s management said: “The airport is operating as normal, ensuring security and a high level of air safety for all, despite controversial information amid rising tensions around Ukraine. Almost all flights are operated on time and without changes in schedules. Stay calm and follow possible schedule changes.”

Alexandra Govorukha, head of international PR at Sigma Software, a major Ukrainian tech firm, last week wrote in a piece for Emerging Europe that invasion/no invasion headlines had been all too common in recent weeks.

“But Russia has already invaded Ukraine, in 2014 when it entered eastern Ukraine and annexed the Crimean peninsula. If anything else happens now, it will be another stage of that war,” she wrote, before offering the example of Israel, “a country that has been in a constant state of war since its founding.”

“And it’s a country that has seen the birth of over 11,000 start-ups, including 70 unicorns, which have attracted investment of more than 65 billion US dollars — all this within the last 10 years. Similar developments are now taking place in Ukraine. And just like in Israel, in Ukraine technology-focused businesses are working in close partnership with the government to change the country.”

We must be careful of isolating Ukraine just when the country needs our support the most, else we play into Russia’s hands. Moscow would love nothing more than to strangle the Ukrainian economy, inflicting damage on key sectors (including IT) without having to fire a single shot.

If we all did as KLM has so cravenly done, the Kremlin would already be halfway towards that goal.

Assuming no other airlines follow the Dutch carrier’s less-than-inspiring lead, Emerging Europe will be travelling to Kyiv on February 28 ahead of the launch of the Ukraine chapter of Tech Emerging Europe Advocates (TEEA) on March 3.

TEEA is part of Global Tech Advocates (GTA), the world’s only global tech community. Its members include 25,000 tech leaders from Silicon Valley to Europe, Asia and Australia/New Zealand. We have partnered with TechUkraine, UNIT City, the Ukrainian Ministry of Digital Transformation and the Ukrainian Ministry of Foreign Affairs to place Ukraine’s IT sector in front of a global audience.

Join us: you can register for the event here and find out more about Tech Emerging Europe Advocates here.