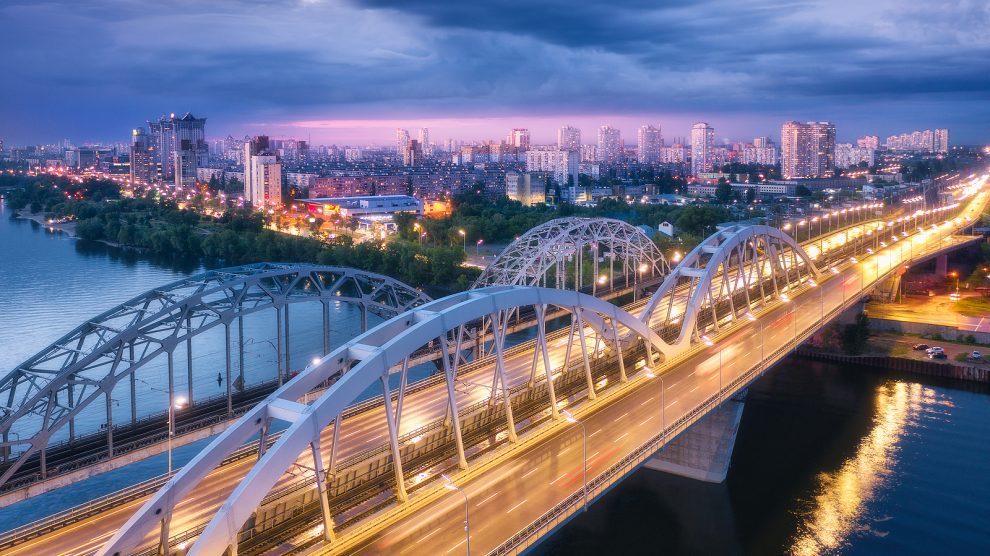 An attractive income tax rate of just five per cent could be set to give Ukraine’s e-residency programme the edge over its regional competitors, and further boost the country’s already booming IT industry.

Ukraine’s parliament last month passed an e-residency bill which will allow foreign freelancers engaged in the IT sector the opportunity to run a location-independent business in the country.

According to the country’s minister of digital transformation, Mykhailo Fedorov, the programme is expected to bring in around 1.5 million US dollars per year to the state budget. But the benefits, he says, go way beyond revenue.

“E-residency can make Ukraine a powerful Eastern European IT hub,” Fedorov tells Emerging Europe. “Through e-residency our country will quickly become attractive for foreigners looking to do business – especially IT specialists.”

According to Deputy Minister of Digital Transformation Oleksandr Bornyakov, around 2,500 foreigners, primarily from India and Pakistan, have already become Ukrainian e-residents.

Ukrainian e-residents will be able to pay a low, fixed income tax rate of five per cent. They will also have the chance to open bank accounts entirely remotely, and create an e-signature which will allow them to sign contracts and agreements from anywhere in the world.

Furthermore, e-residents of Ukraine will each receive an English-speaking personal manager to ease their transition into the Ukrainian IT world.

E-residency programmes are nothing new in the emerging Europe region.

Estonia pioneered the concept in 2014 and has since then earnt roughly 63 million US dollars from the programme, which allows its more than 60,000 e-residents to open and run an Estonian company entirely online. It has become one of the country’s leading brands, with the kind of global recognition start-ups crave.

Indeed, as a marketing tool for Estonia and its digital society it is invaluable. Pope Francis and Bill Gates are just a couple of the many international figures to hold Estonian e-residency.

Lithuania followed suit earlier this year (applications opened in June) albeit with a (temporarily) more limited scope than that offered by Estonia’s programme: Lithuanian e-residents cannot, for example, open and run companies for the time being.

Now Ukraine, with a booming IT industry and series of governments dedicated to building a business-friendly environment, is looking to emulate Estonia’s successes with an e-residency programme of its own. And with very low taxation rates and simplified registration procedures, Ukraine may have a decisive edge over its regional competitors.

Indeed, perhaps the most eye catching element of Ukraine’s e-residency programme is the taxation rate.

Under the programme, e-residents registered as individual entrepreneurs pay just the flat five per cent rate of income tax: in contrast, Estonian e-residents pay a 20 per cent tax on distributed profits, while Lithuania has a corporate tax rate of 15 per cent which applies to e-residents.

According to Oleg Kopachovets, CEO of outstaffing company ProCoders, this will be one of the main elements of the programme that could attract people to choose Ukraine for their e-residency.

“Its a big difference [compared to Estonia] and this could be decisive when attracting companies and entrepreneurs,” he tells Emerging Europe.

It appears to fit into a broader programme being implemented by the Ukrainian government to minimise taxation as much as possible, theoretically stimulating business growth in the process.

“Let’s raise taxes when we have a GDP per capita of 50 to 70,000 US dollars, and not four thousand,” says Fedorov. “Then I am in favour of raising taxes, but not before…our goal is to make Ukraine the freest country in the world in terms of taxation.”

Good for the IT sector

Anna Derevyanko, executive director of the European Business Association in Kyiv, also believes that the scheme can be beneficial for Ukraine’s IT industry.

“One crucial point is the poor capitalisation of well-established companies in our country. Ukraine has a lot of vivid examples of so-called unicorns – like Grammarly, Petcube, Ring, People.ai. But many of these companies move to Delaware or Silicon Valley…we hope these problems will be resolved by a new special tax regime.”

Furthermore, Ukraine also wants the time it takes to process applications to be significantly less than its Baltic rivals: applications in Estonia and Lithuania currently take around three to nine weeks.

Ukrainian has yet to specify exactly how long its own application process will take, but the Ministry of Digital Transformation has been working with Ukraine’s security services to minimise, as much as possible, verification procedures, with the goal of making the full process significantly faster than its competitors.

The importance of Diia

Beyond this, according to Oleg Kopachovets, the Ukrainian system is more modern and up-to-date – virtually everything can be done through the Diia app, which Ukrainians can already use to establish their tax status and open a business, and which e-residents will get immediate access to.

“Ukrainian e-residents can run their company really in just a few clicks, without filling out any long forms, as their information as e-residents will already be in the Diia registry. Through Diia, you can run your company with a few clicks of your smartphone…with Estonia there is much more paperwork.”

Although Ukraine cannot provide the access to European Union markets that Lithuania and Estonia does, it nevertheless has plenty of its own to offer, with a booming IT industry and a large population.

This, combined with the incredibly low taxes, counteracts its disadvantages and makes Ukrainian e-residency a very attractive proposition for IT specialists.

“Electronic residence will contribute to the development of a positive image of Ukraine,” Fedorov says.

“This is a great opportunity for people to open their sole proprietorships here, and in the future, possibly even a company, without physically coming to the country. According to our forecasts we can get up to 3,000 such electronic residents, which will bring additional income to the Ukrainian budget, and, of course, create new jobs.”