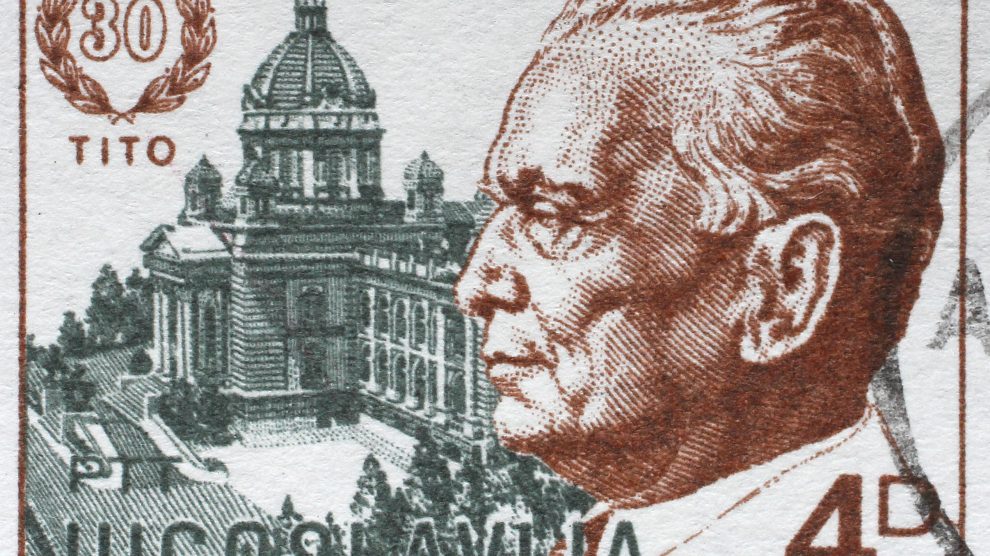 Disappointed by Croatia’s lack of interest in the history of Yugoslavia and its leader Josip Broz Tito, an ex-journalist launched a walking tour in Zagreb that explores his political career, the WWII anti-fascist Partisan movement and his post-war regime.

Once the frontrunner, the Pirate party is taking a pasting from the ruling ANO party, leaving its progressive centrist coalition in third place two months before the election. But Pirate leader Ivan Bartos is not giving up hope of changing Czech politics for the good.

Armenia is using the Russia-backed ‘self-determination’ of Crimea to argue in favour of a similar process for Nagorno-Karabakh. In effect, it strays further away from a peaceful settlement, but draws nearer its main ally.

Language in Ukraine: Why Russian vs. Ukrainian divides so deeply

It wasn’t fighting Russian-speaking separatists in Ukraine that spurred Roman Nabozhniak to stop speaking Russian. It was being misidentified on vacation as a Russian.

Why Bosnia’s ban on genocide denial was a necessity

Genocide denial in Bosnia started in 1992, almost simultaneously with the genocide itself. In May 1992, the first major massacre of the war was committed when Serbian forces shelled the main street in Sarajevo, hitting a breadline of civilians and killing 26 people. That same day, Serbian media reported that the Bosnian government had bombed its own citizens in order to blame the Serbs. In the following three and a half years, Serbian authorities and media used similar tactics to deny, trivialise or justify many other genocidal massacres in Bosnia and Herzegovina.

How Estonia became a leader in proptech

The tiny Baltic nation punches well above its weight with a comprehensive, encrypted land registry and topnotch cybersecurity born out of Russian hacking.

A pricey drive down Montenegro’s highway ‘from nowhere to nowhere’

One of the world’s most expensive roads slices through the mountains of Montenegro, soaring over deep gorges on towering bridges, before reaching its destination: a muddy field outside a hamlet with a few dozen houses, many of them empty.

Exploring the latest addition to Slovenia’s sustainable tourism plan – a 270 kilometre walking trail across one of Europe’s oldest national parks.

72 hours in Kyiv with Brave!

Summer might be coming to a close, but if you’re still holding out for a hedonistic music-filled getaway it’s time to head to Kyiv.

Kosovo-born producer Regard has been putting the Eastern European country on the map within the electronic world – and on the charts.

How low taxes could give Ukrainian e-residency the edge over competitors
Polish javelin thrower auctions silver Olympic medal for charity, only to get it straight back
Comment