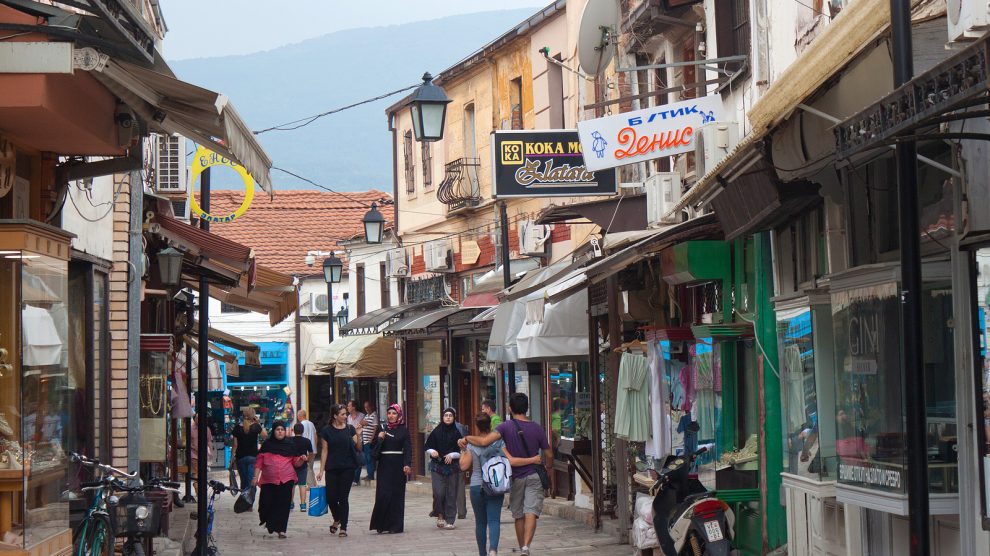 Trade could be a strong engine of growth for North Macedonia, by transforming the economy, creating viable jobs, and reducing poverty.

Over the past two decades, North Macedonia has made strong strides in reforming its economy and attracting foreign direct investment, which have helped it reach the status of a middle-income country.

Today, however, amid a dynamic 21st century labor market, the structure of the economy remains largely unchanged and trade policy has stagnated. North Macedonia struggles with persistently high levels of unemployment, and around 18 per cent of the population remain in poverty.

The report finds that a lack of trade diversification and a concentration of exports limit the role of trade in North Macedonia’s economy, with growth rates continuously below those of EU and other Western Balkan countries.

North Macedonia’s exports are increasingly oriented toward the EU market and the UK; yet remain limited with regional neighbours in the Western Balkans and other trade partners.

The top 20 export destinations accounted for 89.3 per cent of goods and services exports in 2019 Because of its preferential market access, the EU, Central European Free Trade Agreement (CEFTA), and Turkey remain the main export destinations. Nearly half of total exports go to Germany, with 5.35 billion US dollars accounting for 46.1 per cent.

Although exports to the Western Balkans have increased in absolute terms, their share in total exports remains small. For example, North Macedonia’s trade with its immediate neighbours, such as Albania, is low, at about 54.4 million US dollars. However, exports to Serbia are relatively high, at 610 million US dollars.

“Trade could be a strong engine of growth for North Macedonia, by transforming the economy, creating viable jobs, and reducing poverty,” says Massimiliano Paolucci, World Bank country manager for North Macedonia. “But, for this to happen, the country needs a more open and diversified trade policy, including a greater focus on trade in services, to reap the economic benefits.”

Trade openness in services – which currently account for around 20 per cent of exports – has been weaker than for merchandise, highlighting the untapped potential for trade in services, which will be key in transforming the economy towards that of a high-income country.

The report argues that trade policy reforms need to be introduced as part of a broader strategy to improve the business climate, attract investment, and raise productivity in the economy. North Macedonia’s ability to achieve greater economic diversification will depend on a wide range of factors, including competition policy, investment policies, innovation, and education policies.

Skopje does at least appear to be aware of the need to boost trade with neighbouring countries.

Since it was first launched in 2019, North Macedonia has, along with Serbia and Albania, been a key driver of Open Balkans, an initiative intended to facilitate the free movement of people, goods, services and capital in the Western Balkans region.

To date, Kosovo, Montenegro and Bosnia and Herzegovina have refused to join, arguing that the initiative is unnecessary because regional economic cooperation is already part of the EU integration agenda.

Reduced gas supplies and inflation will slow growth in emerging Europe further
Russia is rapidly running out of forces, friends and options
Comment