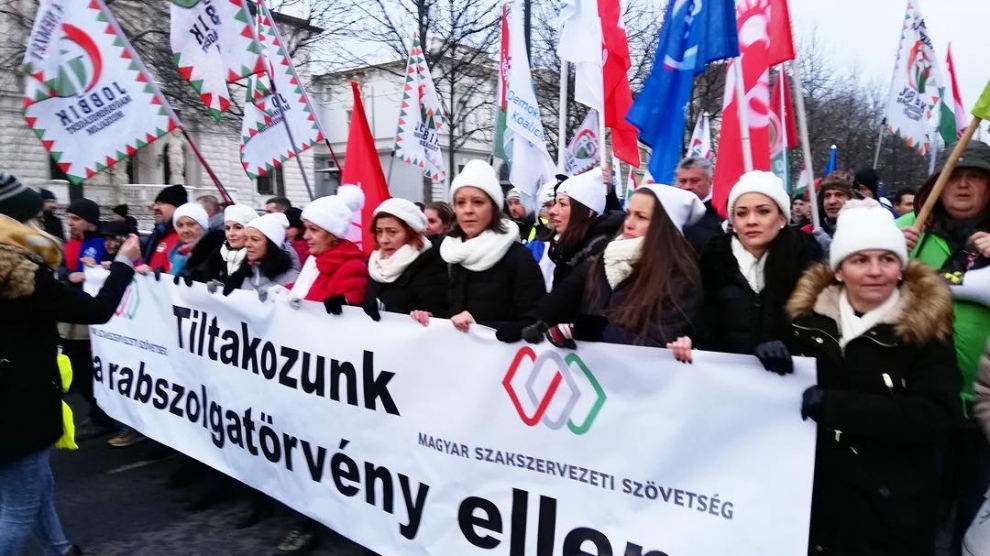 Thousands of people marched through Budapest during the weekend, braving the freezing weather, in what the speaker of the national assembly Laszlo Kövér defined as “an attempted coup”.

The march began in Heroes Square, an important symbol of Hungarian history, and was supposed to end in Kossuth Lajos Square, in front of the parliament building, in protest against the so-called slavery law, approved by parliament on December 12 and which requires people to work up to 400 extra hours a year.

Early in the evening of December 16, a number of protestors – demanding a free media – began to head to the national television station, in order to read out their requests on live television, in front of the entire nation.

Eventually, Bernadett Szél, the leader of the Green Party (LMP), managed to enter the building together with a handful of other MPs, but they were not allowed to speak in front of the television cameras. They were later forcibly evicted from the building; some were dragged outside by security staff.

Gergely Gulyás, prime minister Viktor Orban’s chief-of-staff, called the demonstration an aggressive act carried out by a minority, paid by the Hungarian philanthropist George Soros. “These are Soros people who are demonstrating their open, anti-Christian hatred,” he said.