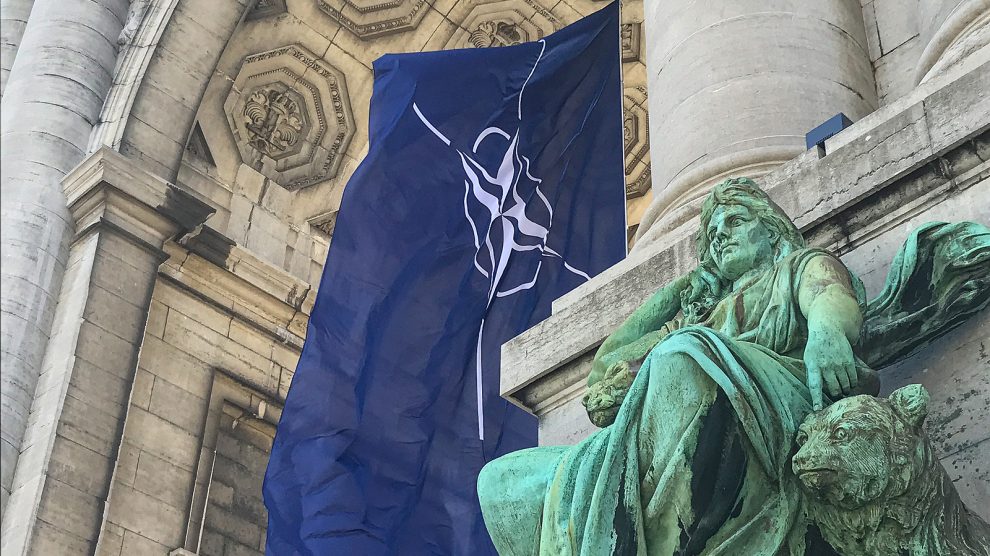 The Baltic states want more NATO. They won’t get all they seek

Since Russia invaded Ukraine in February, the Baltic states of Estonia, Latvia and Lithuania have been calling for their region to receive the biggest build-up of combat-ready NATO forces in Europe since the end of the Cold War, to be agreed at a summit on June 28-30 in Madrid. It will not happen, interviews with seven senior diplomats and officials from leading NATO allies show. This is partly because the proposals come as the NATO alliance faces a slew of demands not seen in decades: from countering Russia and China in the Arctic to quelling Islamic insurgencies in the Sahel, and tackling new frontiers in space.

‘It was worse than hell’: Life in Mariupol under Russian occupation

A month after the end of the siege at Mariupol’s Azovstal steelworks, which marked the Russian capture of the coastal city, life continues without access to basic amenities. Those who were left behind are largely cut off from the outside world with limited mobile phone and internet connection. “It was worse than hell there. There are no words to describe it,” said 55-year-old Vladimir Korchma, who had lived all of his life in Mariupol where he worked as a machinist at a local factory. “We had no gas or electricity. Only the lucky ones had water,” said Korchma, who left the city at the end of May.

After the great destruction of World War II, there was a singular purpose behind the creation of what is now the European Union: lasting peace. The EU must renew its commitment to this mission in light of Russia’s invasion of Ukraine. And enlargement is the most effective instrument that it can use to foster peace and bring stability to fragile eastern Europe. Article 49 of the founding treaty of the EU establishes that any European state which respects human dignity, freedom, democracy, equality, the rule of law and human rights, and which is committed to promoting them, may apply to become a member of the union. Moldova is committed to these values.

Peace versus Justice: The coming European split over the war in Ukraine

In the weeks and months since the invasion of Ukraine, Europeans have surprised both Vladimir Putin – and themselves – by their unity and decisiveness. Post-heroic European societies outraged by Russia’s aggression, and mesmerised by Ukrainians’ valour, provided the motivating force for Europe’s unexpected turn. They inspired their governments to adopt change on a historic scale; they opened their homes to millions of Ukrainians; they demanded tough economic sanctions; and they forced Western companies to leave Russia as quickly as possible. While previous “European moments” were marked by the European flag mobilising people beyond the borders of the European Union (including in Ukraine), this time the Ukrainian flag mobilised people within the EU. Now, however, European public opinion is shifting.

‘The Russians said beatings were my re-education’

Ukrainian authorities say Russian forces and Russian-backed separatists have carried out filtration in occupied territories as an attempt to establish residents’ possible links with the military, law enforcement and even local government, as the invading forces try to restore services and infrastructure. Men of fighting age are particularly targeted, checked for bruises that could suggest recent use of weapons, such as on the fingers and shoulders. Strip searches are common, witnesses say, including for women. Oleksandra Matviychuk, the head of the Center for Civil Liberties, a Kyiv-based human rights group, said the process, even when not violent, was “inhuman”. “There’s no military need for this… They’re trying to occupy the country with a tool I call ‘immense pain of civilian people’. You ask: ‘Why so much cruelty? For what?'”

Romania sees an opening to become an energy power in Europe

Russia’s invasion of Ukraine, which shares a nearly 400-mile border with Romania, has strengthened Romania’s push for energy independence. Its ambitious energy plans include completing two reactors at Cernavoda nuclear power plant and leading the way into a new type of nuclear technology called small modular reactors. It also wants to take full advantage of substantial offshore gas fields in the deep waters of the Black Sea. Some see Romania as having the potential to become a regional energy powerhouse that could help wean neighbours from dependence on Moscow. It is a goal shared in Washington and among some investors.

In October 2020, a photo was leaked of Bulgaria’s then-prime minister Boyko Borissov sleeping beside a pistol and a stack of 500 euros notes, crystallising an unwelcome image of corruption. A year of political upheaval ensued, with two inconclusive elections and the emergence of new political forces, including We Continue the Change, a centrist party that campaigned on a “zero corruption” platform. After a third general election in November 2021, We Continue the Change took the most votes; one of its leaders, Kiril Petkov, is now prime minister. But Bulgarian politics remains in flux. Petkov’s six-month-old government is arguably at the most risk in Europe of a backlash to the rupture with Russia.

To the country that does not exist

The breakaway republic of Transnistria, the Pridnestrovian Moldavian Republic, or PMR for short, is not really a country at all. This narrow strip of land had been an autonomous republic within Ukraine until 1940. After the war, it was merged with Moldova. Demands for recognition increased during the late 1980s but to no avail. Then as the Soviet Union was collapsing all around, and in something of a backlash to Moldovan nationalism, this mainly Russian-speaking region fought a war of independence against Moldova between 1990 and 1992. It now has its own president, parliament, money and borders. But it is not a country. Despite having some 2,000 soldiers based here, for “security” reasons, not even Russia has formally recognised its existence.

Imagine you are a western European policymaker in Paris, Berlin or Rome. You’re horrified by Russia’s invasion of Ukraine. You inwardly cheer every Ukrainian flag hanging from an apartment window. You’re proud your country is helping take in the few Ukrainian refugees who get beyond eastern Europe. You deplore the war. But you don’t think it’s western Europe’s problem. You just want fighting to end, probably with some messy ceasefire that de facto hands Russia conquered territory. Then the cost-of-living crisis might dissipate, along with the risk of sleepwalking into nuclear war and the need for you and other western European governments to spend your precious window in power fighting another neighbourhood’s bully. You will never say it out loud, but you don’t care that much about Ukraine.

Europe has grappled with how to end its Russian energy addiction more than ever since Vladimir Putin launched his country’s unprovoked invasion of Ukraine on February 24. The executive body of the 27-nation European Union agreed a plan in May to reduce its dependence on Russian natural gas by two-thirds by the end of the year, with a total phaseout of all Russian fossil fuel planned by the end of 2027. Coal, already on the outs in much of the bloc, will be banned by August. But absent from sanctions, let alone discussion, is Rosatom, the Russian state-run nuclear power giant, despite a written appeal in the early days of the invasion from Ukrainian activists and NGOs to blacklist the company and ban nuclear fuel imported from Russia.

‘If a new Iron Curtain is descending, it must land at Russia’s border, not across its neighbours’
‘By the book’: From here on in, Ukraine and Moldova should expect no special treatment from the EU
Comment