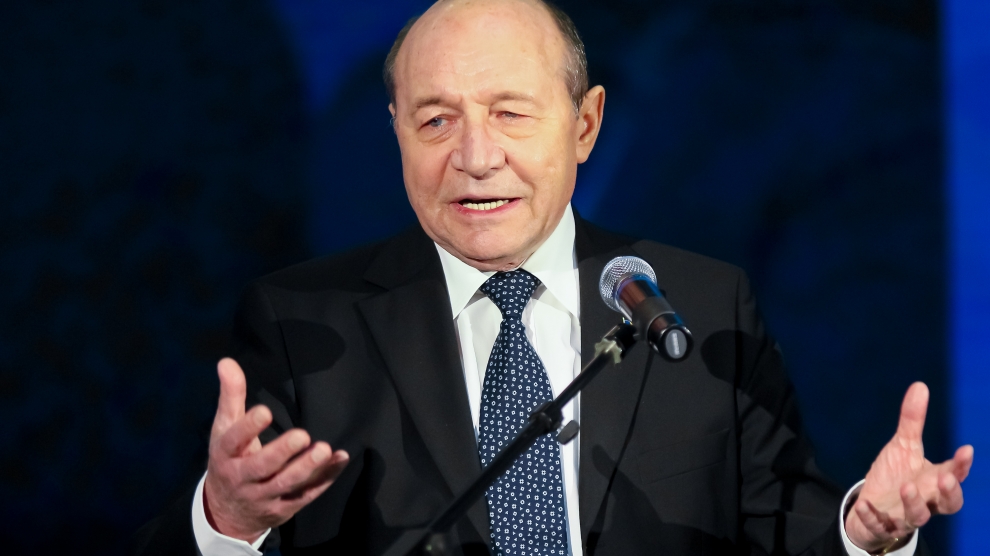 Where other cities in Romania have progressed enormously in recent years – most notably Cluj in Transylvania, and Oradea in the western Banat region – the country’s capital Bucharest remains an often chaotic, dusty, polluted place that during high summer can sometimes resemble the Middle East more than it does a major European capital. “It’s the unfortunate offspring of a secret tryst between the socialist architecture of Warsaw and the mayhem of Cairo,” the editor of a travel guide to the city once wrote.

A lack of investment in key infrastructure over many decades has left many of its inhabitants at their wits end, deprived of heating during the freezing winter and without hot water in the sticky summer. On August 7 a massive power cut left a quarter of the city, including the building which houses the Romanian government, without electricity.

Traffic, the most congested in Europe outside of the former Soviet Union, crawls at a snail’s pace at the best of times, and regularly grinds to a complete halt. Lax, weakly-enforced zoning laws have seen historic buildings demolished to make way for ugly new replacements that have destroyed any remnants of an urban identity, compounding the destruction of the 1980s, when a fifth of the city was demolished to make way for the Civic Centre, a megalomaniac project to create a new Bucharest in the image of its maker, Romania’s former dictator Nicolae Ceaușescu.

Flawed it may be, but in highly-centralised Romania the capital remains an important power base, and its mayor has the largest direct mandate of anyone in the country beyond the president.

Local elections – postponed from May due to the Covid-19 pandemic – will be held across Romania in September, and as usual the contest for the capital will take top billing: what happens in Bucharest will set the tone for parliamentary elections later in the year. The current mayor, Gabriela Firea, is desperate to cling on to her job, not least as holding the city would suggest that there is life in her party, the former ruling Social Democrats (PSD), which has seen a slump in support since widespread protests against changes to the country’s justice system in 2017 and 2018. Kicked out of office last year, it remains the largest party in parliament, but is expected to suffer heavy losses in both of this year’s elections.

The largest opposition party in the country, the National Liberals (PNL), are backing an independent candidate, Nicușor Dan, to take the reins in Bucharest. Mr Dan also has the support of the Save Romania Union (USR), the party he founded but later left in a row over a gay rights referendum, and its ally PLUS+. Dan might have won in 2016, but low turnout and a first-past-the-post electoral system that favours the PSD allowed the current mayor, a former newsreader, to win despite receiving fewer than 250,000 votes. The city’s population is around two million, maybe even higher, although nobody knows for certain.

With the backing of three parties it is Dan – a mathematician by training who has spent two decades fighting various Bucharest administrations in the courts over the illegal demolition of historic buildings – who this time around is the clear favourite. He has vowed to put transparency at the heart of the council’s decision making processes, to end the cronyism that has stifled real progress, and to invest in public transport, signalling that he wants to bring an end to the city’s damaging indulgence of the motor car.

A spanner was thrown into the works on August 10, however, in the shape of a spoiler candidate: former Bucharest mayor and Romanian president Traian Băsescu (pictured above), who announced that he would be entering the race. At first glance this looks a lot like an act of petty revenge. His party, the Popular Movement (PMP), was excluded from the alliance backing Mr Dan after it reportedly proposed the right-wing firebrand Mihail Neamțu, considered a “clown” by the USR’s leader Dan Barna, as mayoral candidate in one of Bucharest’s six sectors. Mr Neamțu’s views of the USR leader are equally complimentary.

Once an enormously powerful electoral machine – he was twice voted mayor of Bucharest, twice voted Romania’s president, and twice survived recall elections – Băsescu, now 68, no longer has enough support to stand any real chance of winning. However, Băsescu does risk splitting the anti-PSD vote and in doing so could hand Mrs Firea, prone to lavishing funds on populist pet projects such as the city’s new cathedral, endless free concerts, festivals and other frivolities, a new term in office. It was a similar split on the right of Bucharest politics that cost Dan the election in 2016.

“Băsescu is playing an old political game,” says Claudia Postelnicescu, a Romanian lawyer and political consultant. “Most likely he will negotiate some positions on the council for the PMP or, at least, he will raise its profile ahead of the parliamentary elections, otherwise it risks not meeting the five per cent threshold needed to take seats. Basically, I think he does not have any other choice than to throw himself into this battle. It is his party after all. But the local election will test his capacity to rally electoral support and to understand where the PMP stands with the electorate.”

Dan does not appear to be unduly worried about the former president pinching too many of his votes, at least not yet. “I am convinced that anti-PSD voters will choose wisely and will vote for me in order to get rid of the current administration,” he said on August 11.

Băsescu himself says he is not in competition with Mr Dan, “but with the PSD”.

Few are convinced, pointing to the record over the past four years of PMP members currently on Bucharest’s city council. Despite their party leader’s protestations, they have consistently voted with the PSD, offering Mrs Firea a working majority.