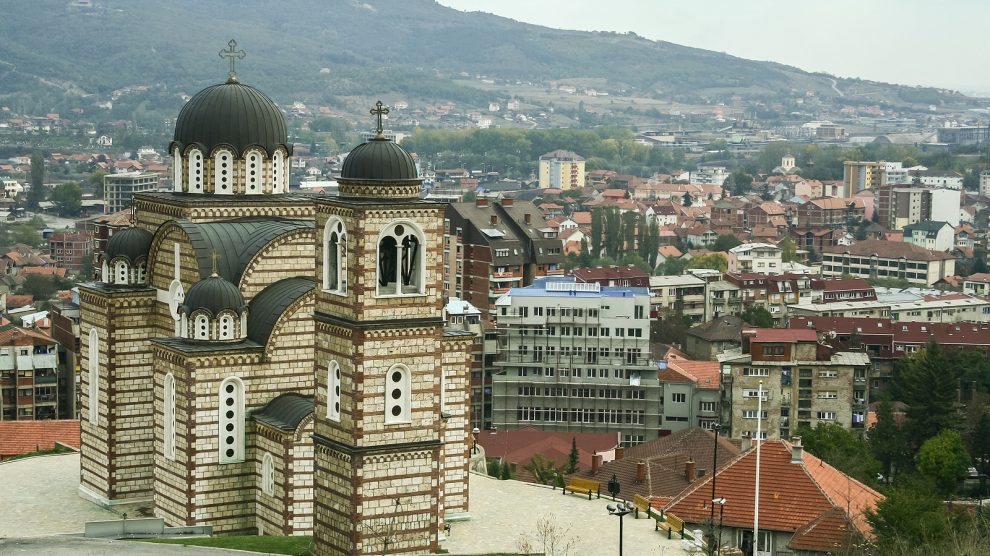 Armed conflict between Kosovo and Serbia has been avoided. For now, that’s as much as anyone can hope for.

In the end, Prishtina offered the tiniest of olive branches, and Belgrade accepted.

Early on December 29, Serbia’s president, Aleksandar Vučić, said that Serbs living in northern Kosovo would end their blockade of roads into and out of the region.

Serbs, who make up the vast majority of northern Kosovo’s population, have been blocking roads for several weeks in protest at the arrest of a former policeman. The blockade has led to the most serious escalation of tensions between the two countries in years. On Tuesday, Serbia said that its army was at its “highest level of combat readiness”.

The immediate threat of conflict appears to have now abated. On December 28, the former Kosovo Serb policeman, whose arrest on December 10 had triggered the violent protests by Kosovo’s Serb minority, was released from custody by Kosovo’s prosecutors and placed under house arrest.

Although Kosovo’s prime minister, Albin Kurti, publicly condemned the decision to release the former policeman, Dejan Pantić, to house arrest; “I am very curious to see who is the prosecutor who took this decision, and who is the judge that approved it,” Kurti said, it is likely that Kosovo’s authorities intended the move to serve as a way of de-escalating an increasingly dangerous situation.

Later the same evening, Vučić – visiting the town of Raška, close to the Kosovo border – called on Serbs in Kosovo to end their protest, although he warned that removal the barricades which have all but completely halted traffic into and out of northern Kosovo, would be “a long process”.

“It will take a while,” Vučić said. By lunchtime on December 29, the main crossing point on the Kosovo-Serbia border, at Merdare, had reopened.

Vučić was speaking shortly after a Serb official claimed that both the European Union and the United States had provided assurances that none of the Serbs in Kosovo who had led the protests and manned the barricades would not be prosecuted.

“We also received guarantees that Kosovo Security Forces will not enter the Serb majority north of Kosovo without the consent of the KFOR commander and representatives of the local population,” said Petar Petković, head of Serbia’s government office for Kosovo.

KFOR is a NATO-led international peacekeeping force in Kosovo which numbers around 4,000 troops in its ranks. It has kept as low a profile as possible during the current dispute, ignoring demands from Prishtina to dismantle the barricades and roadblocks.

The EU and US, which have been attempting to broker a permanent settlement between Serbia and Kosovo ever since authorities in Prishtina declared independence from Belgrade in 2008 (Serbia does not recognise Kosovo’s independence), had earlier called for calm.

In a joint statement, they called on all sides to exercise maximum restraint, to take immediate action to unconditionally de-escalate the situation, and to refrain from provocations, threats, or intimidation.

“We are working with President Vučić and Prime Minister Kurti to find a political solution in order to defuse the tensions and agree on the way forward in the interest of stability, safety and well-being of all local communities,” read the statement.

As good as it gets

Kosovo is now likely to come under EU and US pressure to implement a 2013 agreement that would grant Serbs in Kosovo limited autonomy through the creation of an association of majority Serb municipalities.

The EU has long urged Prishtina to set up the association, but Kurti has long opposed it, suggesting that it could result in a mini-state within Kosovo controlled by Serbia. “We do not want to create a Republika Srpska [the Serb-entity of Bosnia and Herzegovina] in Kosovo,” he said last week.

In the immediate future, both sides are likely to return to their bunkers, from where they will throw verbal accusations at each other while the EU and US attempt to reset the peace process and get Vučić and Kurti talking face-to-face again.

Doing so will be difficult. Relations between the two countries are at their lowest ebb since the end of their war in 1998-99. That armed conflict was this time avoided is for now as good an outcome as it gets.