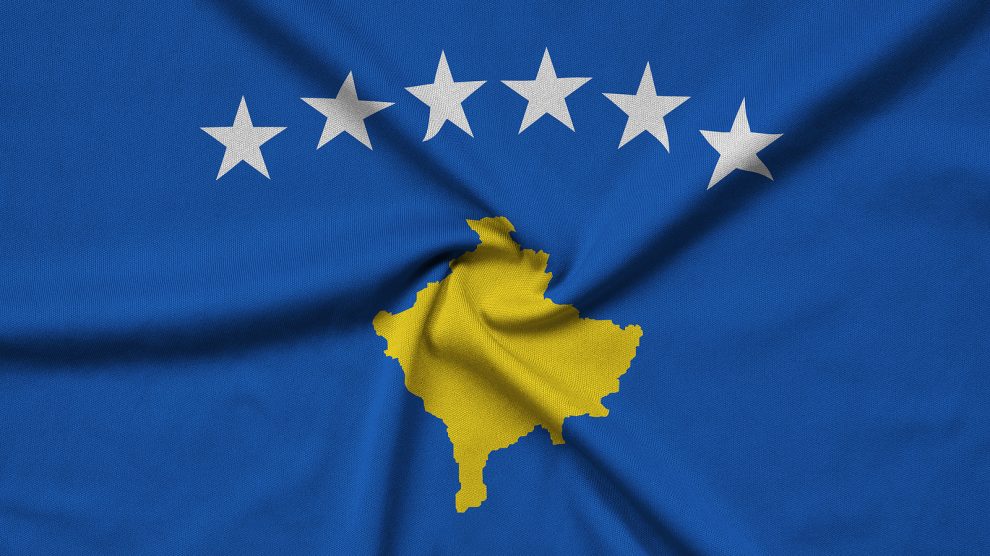 From asterisks and explanatory notes to lower case letters on TV scoreboards, Kosovo’s struggle to simply be Kosovo continues.

The launch last week of the European Political Community (EPC) brought together the presidents and prime ministers of 44 countries in the Czech capital Prague for an informal meeting that – if little else – appeared to assuage fears that it has been created to serve as an eternal waiting room for European Union membership.

Vjosa Osmani, the president of Kosovo, one of the countries which had initially feared the EPC might be a polite way of keeping candidate and would-be candidate EU members outside the bloc, told reporters after the meeting that she had been “reassured” by Emmanuel Macron, the French president, that the EPC was “not a replacement of the process of European integration for Western Balkans”.

She would have no doubt been less thrilled by the fact that her country’s name was once again appended with an asterisk and the following explanation on the European Council’s official announcements about the meeting, as it is on all EU communications:

*This designation is without prejudice to positions on status, and is in line with UNSCR 1244/1999 and the ICJ Opinion on the Kosovo declaration of independence.

The EU considers the asterisk necessary because while 22 of its 27 members recognise Kosovo’s independence, five do not: Cyprus, Greece, Romania, Slovakia, Spain.

Their reasons have nothing to do with Kosovo itself, nor sympathy for Serbia (from which Kosovo declared independence in 2008) and everything to do with internal politics: four fear that recognition of Kosovo would encourage separatist movements (real or imagined) at home, while Greece abstains in support of Cyprus.

As such, the stance of the five refuseniks is unlikely to change without a formal deal between Belgrade and Prishtina, which currently appears to be as remote as ever.

The EU however remains fully engaged with Kosovo, and its representative office in Kosovo plays a pivotal role in implementing the EU’s agenda in the territory, especially the promotion of European norms. The office ensures permanent political and technical dialogue between Kosovo and the EU institutions.

The EU is also active in Kosovo through its Special Representative (EUSR), which offers advice and support to the Government of Kosovo, coordinates the EU presence, and promotes human rights and fundamental freedoms.

Additionally, the Common Security and Defence Policy (CSDP) mission, the European Union Rule of Law Mission in Kosovo (EULEX), provides support to relevant rule of law institutions in Kosovo on their path towards increased effectiveness, sustainability, multi-ethnicity and accountability, free from political interference and in full compliance with international human rights standards and best European practices.

The EU is also present through member countries’ embassies and liaison offices. Two of the EU refuseniks, Greece and Slovakia, maintain liaison offices in Prishtina, while Romania has worked with other EU member states on practical issues related to Kosovo’s development and EU integration. It has also been one of the main contributors to international missions in Kosovo, such as EULEX and the NATO-led KFOR, which has a UN-sanctioned mandate to intervene if Kosovo’s territorial integrity is threatened.

Romania now however finds itself in a dilemma similar to that which affected Spain last year: its national football team has been drawn together with Kosovo in a qualifying group for the 2024 European Championships.

When Spain had to host Kosovo in Seville in March 2021, there was much uncertainty prior to the game as to whether or not the Spanish Football Association would fly the flag of Kosovo or play the country’s national anthem.

In the end, it did – although only after pressure from European football’s governing body, UEFA.

Spanish television however used the lower case ‘kos’ on its scoreboard, with Spain’s own name being abbreviated as ‘ESP’, in capitals.

How Romania will approach the issue remains to be seen. A former foreign minister, Theodor Meleșcanu, has already suggested Romania “find a solution” that presumably involves not playing the game (a tactic that would almost certainly lead to Kosovo being awarded a 3-0 victory).

It is unlikely to come to that.

Last year, Romania hosted Kosovo’s handball team without any issues. Romanian TV even capitalised ‘KOS’, and asterisks were conspicuous by their absence.

Besides, while sporting governing bodies deliberately keep some countries apart when making their draws (such as Gibraltar and Spain, Armenia and Azerbaijan, Cyprus and Turkey, as well as Kosovo and Serbia), neither Romania nor any of the EU’s awkward squad has ever requested an exemption from playing Kosovo.

Bosnia gets EU candidate status, but only if it meets certain conditions
With Kyiv again under Russian attack, calls grow for fast deployment of missile defence systems
Comment