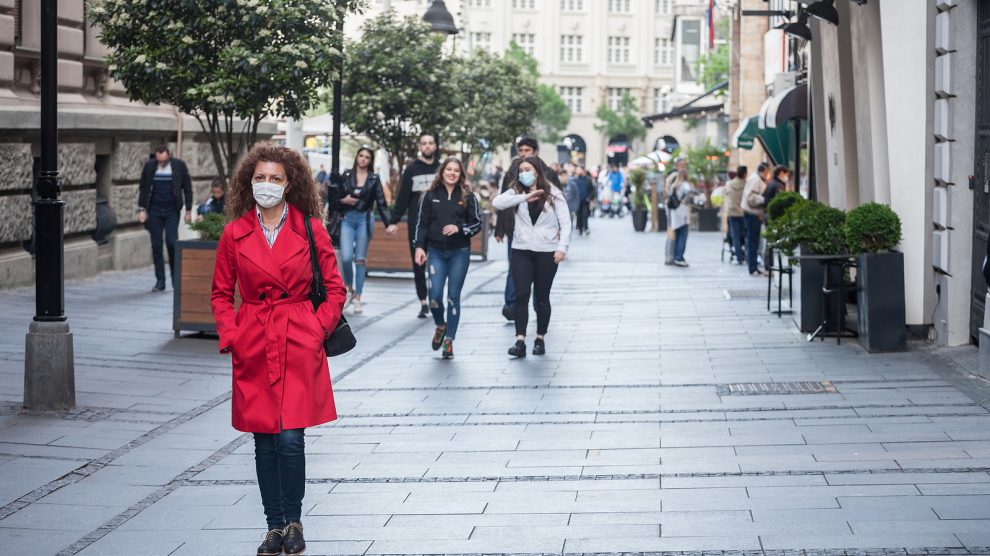 Gender is a tricky subject in Central and Eastern Europe, even trickier when legislators get involved. Proposed changes to gendered language in Serbia and Czechia have once again exposed the fault lines between conservatives and traditionalists.

Central and Eastern Europe has come a long way in recent years in addressing its gender imbalance. Serbia has a female (and openly gay) prime minister, Slovakia a female president, and throughout the region women in politics and in professions once thought of as predominantly male are common and uncontroversial.

But how to talk about them?

In Slavic languages, unlike in English, all nouns have a gender — usually three (masculine, feminine, and neuter). As women were historically barred from practicing many occupations, many of the nouns that describe them only have a male form.

Such is the case in Serbian where a female doctor might be described as “doktorka” but there is no agreed-upon way to speak of a female firefighter or a female boxer.

Not until now, at least. A new gender equality law in Serbia requires state institutions, schools, and the media use what is termed “gender sensitive language”. In practice this means adding various suffixes to male forms of occupations.

While the law doesn’t prescribe which suffixes are to be used with a particular word, it does require its subjects to make the effort — or face potential fines.

Predictably, the change has caused much consternation in the traditionally conservative fields of linguistics and serbistics (also known as Serbian Studies), with many prominent academics coming out against the changes.

Among their critiques is the fact that they weren’t consulted in the drafting of the law, as well as the fact that many of the new noun forms — dubbed feminitives — are not widely known or used by the populace.

Additionally, according to the law’s opponents male forms are already general and considered neutral, so there’s no need for female versions.

They also point out that grammatical gender is a linguistic and not social matter, and that while the word for “chair” might be of the feminine gender there’s nothing inherently feminine about a chair.

There is also some confusion as to what words should be used. For example, should a woman psychologist (psiholog in the masculine gender) be a psihološkinja or a psihologica?. The often cited Guide on Gender Sensitive Language lists them both.

Other complaints are more academic in nature, such as that many proposed female forms break the linguistic rules of Serbian morphology. Unlike English, where a liberal linguistic policy has been dominant for decades (the so-called descriptivist linguistics that have as a goal to catalogue and explain how people speak), Serbian linguists tend to be of the prescriptivist school and position themselves as authorities of what is right and what is wrong.

It’s for this reason that Serbian equivalents of words such as “bootylicious” or “cushty” are not found in dictionaries.

Proponents of gender sensitive language have fired back at the criticism, pointing out that there are female forms of words for many occupations already, and that they have been commonly used for decades if not centuries.

“What we today call ‘gender sensitive language’ — the use of nouns that denote professions, occupations, and titles in the feminine gender — is essentially just our language,” says Jelena Lalatović, researcher at the Institute for Literature and Arts, and one of the authors of the Guide on Gender Sensitive Language.

She points out that many female forms of words can already be found in dictionaries, such as that published by Matica Srpska in 2010 including the word vrtlarka (the feminine form of vrtlar, gardener). Even in a 19th century Montenegrin literature paper the word junačica (heroine) can be found.

“So the question is not do these words exist, it’s do we as a society think that nouns that denote professions, occupations, and titles in the feminine gender have a place in official speech,” Lalatović explains.

She adds that it is the Committee and SANU that have turned a language debate into one about ideology and politics with their opposition to words that describe professions in the feminine gender despite the fact that they are used in everyday speech.

Then there is the role of the government. Should the state even legislate on these matters? Lalatović doesn’t think so.

“It’s fact that a significant part of the population does not use or does not identify with gender sensitive language. Therefore it’s unacceptable to impose it with a law. Language is a means of expressing freedom, critical opinion, and it’s free use is the foundation of democracy which is why I am against the legal solutions proposed by the law on gender equality,” she tells Emerging Europe.

Serbia is not the only country in the region where legislators have had to grapple with the thorny intersection of gender and language.

In Czechia, women may soon finally be able to drop the gendered “-ova” suffix from their last names. That is, if the country’s senate confirms a slim lower house majority.

Gendered surnames have been an issue in Czechia for a long time. Legally, women have been able to get around the requirement to add the suffix to their name if they planned to live abroad. Many Czech women have used the loophole even though they actually had no plans to emigrate.

There are many, however, who worry that along with “-ova,” an important part of Czech tradition will be lost too. Not to mention possible grammar confusion.

“The Czech language is perceived by the public as a symbol, a tradition, but this often implies that this is why the Czech language should be constant and maintain customs,” explains Eva Lukaszova, director of NORA, a women’s rights NGO based in Brno.

Lukaszova points out however that it is language that should serve the people and not the other way around.

“The fact that some women take the option to use their surnames without “-ová” does not mean we lose our Czech identity, but that the Czech language responds to the needs of society,” she says.

Nevertheless, opponents of letting women drop the suffix have said the change would be another “Marxist” attack on Czech culture.

Such claims are nothing new for the region, where the spectre of “gender ideology” is regularly invoked in opposition to gender and LGBT+ equality, not least in countries that have yet to ratify the Council of Europe Convention on preventing and combating violence against women and domestic violence, better known as the Istanbul Convention.

Ultimately, it will be ordinary people who decide the fate of Serbia’s feminitives and Czechia’s suffix-free names.

Czech women will be free to keep the -ova if they so wish, just as nobody will force Serbs to use feminitives in the vernacular.

Language, as it always has (and usually without legislation), will adapt to prevailing norms.