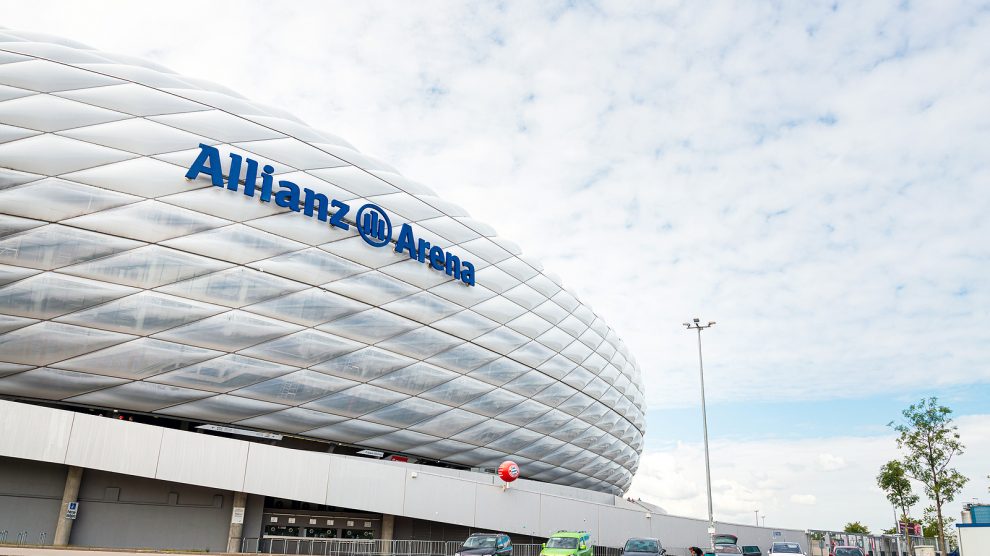 For Hungary’s final group match in Munich against Germany at the European football championship on June 23, the city’s mayor, Dieter Reiter, wants the Allianz Arena to be lit up in rainbow colours. “This is an important sign of tolerance and equality,” he says.

During Hungary’s opening game against Portugal in Budapest on June 15, banners with “Anti-LMBTQ” wording on them – the Hungarian abbreviation for Lesbian, Gay, Bisexual, Transgender and Queer – were visible.

Hungary, unsurprisingly, is not keen on the Germans’ idea.

“I consider it very harmful and dangerous when anyone tries to mix politics and sports,” said Hungary’s Foreign Minister Péter Szijjártó.

“We in Hungary passed a law in order to protect Hungarian children. There is a protest against this in Western Europe and they also try to express it by trying to bring politics into a sport event when that sport event has nothing to do with the national legislature.”

The Puskas Arena in Budapest is currently the only Euro 2020 venue to allow full crowds for games, a boost for the image of the country’s prime minister Viktor Orbán, a man clearly immune from Szijarto’s accusations of mixing his favourite sport with politics.

But while the atmosphere in Budapest – made possible by an impressive vaccination programme – has been praised by commentators and football fans across Europe, it hides a bitter truth: Hungary has the world’s second-highest number of Covid-19-related deaths per 100,000 people, based on data from Johns Hopkins University.

Add a dose of racism and stir gently

Fans in the Budapest stadium have also been accused of racism.

According to a UEFA announcement on June 20, the investigation follows reports that French players were abused, with a number of French media outlets showing monkey chants directed at Paul Pogba, N’golo Kante and Kylian Mbappe.

Ahead of Hungary’s match against France, a hardcore group of Hungarian fans marched to stadium displaying a banner calling on players to stop taking the knee in protest against racism. Hungary’s Football Association (MLSZ) had already said in a statement that the national team wouldn’t kneel before kick-off, highlighting its own A gyűlölet nem pálya (Racism is not a field of play) campaign.

Orbán defended the Hungarian fans who booed the Ireland team as they took a knee before a Euro 2020 warm-up game in Budapest. “If you are a guest in a country, then understand its culture, and don’t provoke the locals, don’t provoke the host,” the PM said.

“We see that this started in slave-owning countries… which Hungary never was,” he added. “It doesn’t help to bring that heavy moral historical burden onto a football pitch, it doesn’t liberate them from it… this is not a solution.”

Fan culture surrounding the national team in Hungary tends to be dominated by right-wing ultras groups. At each of Hungary’s two Euro 2020 games in Budapest, the black-shirted Carpathian Brigade – a neo-Nazi group – were clearly dominant.

Several independent radical groups form the Carpathian Brigade, including the Green Monsters, ultras fans of Budapest Ferencvaros, a large number of whom are said to be proficient in the martial arts.

The issue raises questions about what is deemed acceptable to say and do in the spirit of eradicating racism. The line does not fall strictly along geographical lines, but it is one that seems to split official policies and reactions along an East-West divide in Europe.

“Progress has never been a natural concept in Eastern Europe. Long languishing behind the West in terms of economic development and state strength, and with a peasantry living largely as abject subalterns until the middle of the 20th century, the region fiercely embraced progress only under communist party control,” argues political scientist David Ost.

The Hungarian far-right is unashamedly revisionist, according to Agnieszka Pasieka, associate research scholar at Yale University.

“The Hungarian far-right members I met with talked about ‘Greater Hungary’, and Hungarian fascists’ collaboration with the Nazis in World War WII,” Pasieka tells Emerging Europe.

Since Orbán government became prime minister for the second time in 2010, the political landscape in Hungary has been marked by the permanent presence of a populist right-wing party (Fidesz) and an extreme right-wing party (Jobbik).

“But times are changing. Jobbik and Fidesz have practically traded places. This is the consequence of two parallel tendencies: Fidesz’s shift to the right and Jobbik’s turn towards the centre,” writes Peter Kréko, a Hungarian political analyst and academic researcher of populism and extremism at Indiana University Bloomington,

“Orbán is the only political leader in Central and Eastern Europe who is not just constructing an illiberal regime, using Russia as a model, but also proudly labels it ‘illiberal’. Domestically, Fidesz implemented most of the measures proposed by Jobbik between 2010 and 2014,” Krekó writes.

In Serbia, the doktorka will see you now
EU beefs up Belarus sanctions, targets exports
Comment