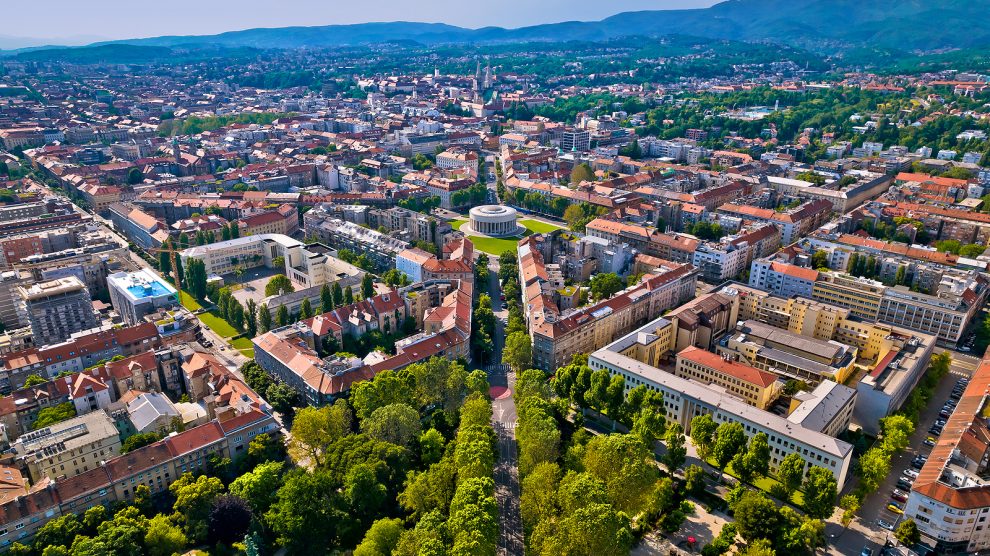 Municipal elections in South East Europe tend not to grab too many headlines outside of the region, but two recent ballots – in Sarajevo and Zagreb – have bucked that trend.

In Sarajevo, the capital of Bosnia and Herzegovina, Benjamina Karić is the youngest person ever to occupy the mayor’s office, and only the second woman ever to hold the post.

Elected in April – not by popular vote, but by members of the city council – Karić is committed to modernising the capital, and making the most of Sarajevo’s multicultural roots.

Her words come at a time when talk of further border changes in the Western Balkans was swirling around the region, prompted by the publication of several anonymous ‘non-papers’ that have shocked and alarmed regional analysts in equal measure.

A Sarajevo native, Karić was born in 1991, and is the vice president of Bosnia and Herzegovina’s Social Democrat party. She is also known as the youngest doctor of law in the country.

Her appointment was made possible by a coalition of three non-nationalist parties and a number of independent councillors – a group known as The Four – who united in municipal elections held in November 2020 to defeat the erstwhile ruling Bosniak party of Democratic Action.

Following that election, it had been expected that Bogić Bogićević, an ethnic Serb and political veteran who is something of a national hero throughout Bosnia for the way in which he stood up to Slobodan Milošević in 1991 when he was a member of the Yugoslav presidency, would become mayor.

In March, however, Bogićević failed to gain enough support to be confirmed as mayor, and decided to withdraw. The Four then turned to the youthful Karić.

“I don’t acknowledge or support divisions,” she said shortly after taking office. “Ours and my mission is to unite and create new values. In the heart of our city the mosques, synagogues, Catholic and Orthodox churches have been coexisting for centuries.”

In Zagreb, a left-wing green movement, Možemo! (We Can!) last month won 23 seats on the 47-seat municipal assembly, and its leader, Tomislav Tomašević, won a landslide victory in a run-off election against the right-wing Homeland Movement’s candidate Miroslav Škoro.

It was a heated campaign, that some have even called “Trumpian” due to the amount of fake news and personal attacks levied at Tomašević, especially online, including allegations linking him with perennial right-wing bugbear George Soros.

In the end, however, Mr Tomašević took 65 per cent of the vote, winning the most votes in the history of mayoral elections in the country — 199,630. His rival Škoro won only 34.7 per cent.

Zagreb’s previous mayor, Milan Bandić, who had occupied the position for more than twenty years, died in February of a heart attack.

Like Karić in Bosnia, Tomašević is seen in Croatia as part of a new generation of politicians, and has campaigned on a promise to end cronyism and corruption in the capital.

Mr Tomašević is not a newcomer to city politics. He had previously served as a councillor, and has been involved in grassroots activism against urban decay. He first rose to prominence in 2010, in the Right to the City movement, when he led protests against an underground garage on Zagreb’s Varšavska Street.

“For the whole of my life I’ve been fighting for this city. I fight for the city’s interests against harmful contracts, against bad decision making of those who captured the city. Who systematically neglected the city, and who used it as their own ATM,” Tomašević says.

In 2017, Tomašević also ran for mayor but won only four per cent of the vote.

Just four years later, the landslide victory, as well as the municipal election win for We Can!, is prompting many regional analysts to wonder if a new and significant movement has just emerged on the Croatian national political scene.

Since 1991, the two major forces in Croatian politics have been the conservative Croatian Democratic Union (HDZ) and the now-opposition Social Democratic party (SDP).

As a part of the Green-Left Coalition, We Can! is already in the Croatian parliament. The coalition managed to win six out of 151 seats in the last parliamentary election last year.

While it’s likely too early to tell what effects the mayoral win for the Green-Left will have in Croatia overall, it is clear that the capital’s voters were not happy with how the city was run.

Among the immediate challenges for Tomašević will be the reconstruction of the old city, which was heavily damaged by the series of earthquakes that hit Croatia last year. The direct damage inflicted on Zagreb and the surrounding county has been estimated at 11.5 billion euros.

Additionally, the city faces issues of debt, ageing infrastructure, and a lack of schools and daycare centres.

In its platform, We Can! focused on the availability of social services and on what it calls “a more just distribution of public resources.”