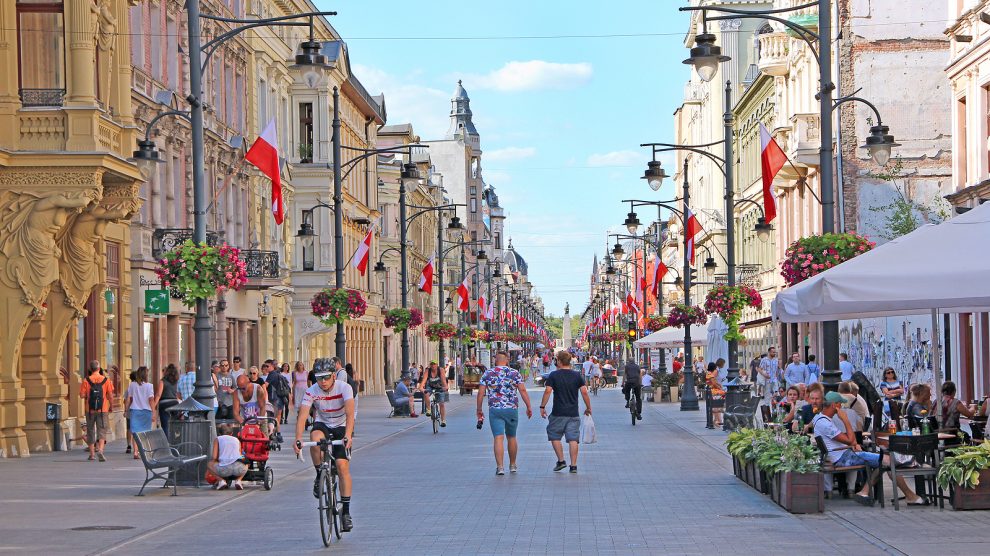 Łódź in central Poland has been named as the most business-friendly city in emerging Europe as part of the Future of Emerging Europe awards programme for 2021.

The city topped the Business-Friendly Perception Index having been chosen by a jury of more than 100 global FDI experts, site selection advisers and location analysts who were independently asked for their views on the 100 cities in emerging Europe with populations above 200,000 inhabitants, as well as the capitals of Montenegro (Podgorica) and Kosovo (Prishtina), where the population is below 200,000.

“Łódź is the first non-capital city to take the award since its inception in 2019,” says Andrew Wrobel, founder of Emerging Europe and coordinator of the index.

“Along with a strong showing for Cluj-Napoca in Romania, which topped the smart city category, it shows that much of the region’s best practice is in fact happening in secondary cities that often have a more forward-thinking mindset than their capitals, which can sometimes be bogged down by central government bureaucracy.”

‘Our efforts are being noticed’

Mayor of Łódź Hanna Zdanowska says that the city’s first place in the index proves “our efforts are being noticed”.

“The city attracts investors with its good location, cost competitiveness and well-qualified staff,” she tells Emerging Europe. “We are also constantly working on improving the quality of life in the city thanks to numerous European Union co-funded investments.

“Łódź has a coherent vision of the direction in which it wants to develop and we hope that this may bring even more positive information in the future.”

As well as topping the overall Business Perception Index, Łódź also came out on top in two of the eight categories: business climate and local authority support.

“The quality of investor service, awareness of the importance of business relations and interaction between public authorities and investment projects are a competitive advantage that we have been strengthening for many years,” says Deputy Mayor of Łódź Adam Pustelnik.

The Romanian city of Cluj-Napoca was chosen as the winner of the smart city category, reward for its efforts to establish itself as a world-renowned centre of technology and innovation and the capital of Romania’s most forward-looking region, Transylvania.

“We invest in our city’s quality of life and for the last few years this has proven to be a good way to achieve an increase in the creativity and dynamism of the local start-up ecosystem,” Emil Boc, Cluj’s mayor and a former Romanian prime minister tells Emerging Europe.

“When people are happier, when they feel good living in the city all their creative energy can support innovation and economic development,” adds Boc.

“Start-ups are the result of our most talented brains and the encouragement of entrepreneurship by the whole community, from the business sector, to the universities, local government and NGOs.”

The importance of financial stability

The city recognised by Emerging Europe’s panel of experts as having the most economic potential meanwhile was the Serbian capital Belgrade.

Its mayor, Zoran Radojičić, tells Emerging Europe that the city’s success can be put down to financial stability – both of Belgrade and Serbia.

“Financial stability is a sound foundation for major investments in infrastructure, both roads and railways,” he says. “What I specifically have in mind here is the construction of the Belgrade bypass, the Belgrade to Novi Sad high-speed railway and last but certainly not least, the imminent commencement of construction work on the first Belgrade metro line. All these projects will give us faster and more efficient mobility both locally in Belgrade, but also to Europe and other parts of the world.”

Other categories were won by Warsaw (infrastructure and connectivity), Prague (quality of life), Budapest (brand) and Kyiv (pool of talent).

The Future of Emerging Europe Awards 2021 is the fourth edition of a programme which showcases the best of the emerging Europe region: individuals, public and private organisations as well as projects and initiatives. The 2021 awards ceremony will take place in Brussels in September.

One winner of this year’s awards has already been named: Svetlana Tikhanovskaya, leader of the Belarusian opposition movement who in March was named Emerging Europe’s Public Figure of the Year.

The full results of the Business-Friendly Perception Index, including an explanation of research methodology, can downloaded here.

Is Kosovo taking a harder line with Serbia?
Investors in Georgia discover that Ease of Doing Business rankings can be deceptive
Comment