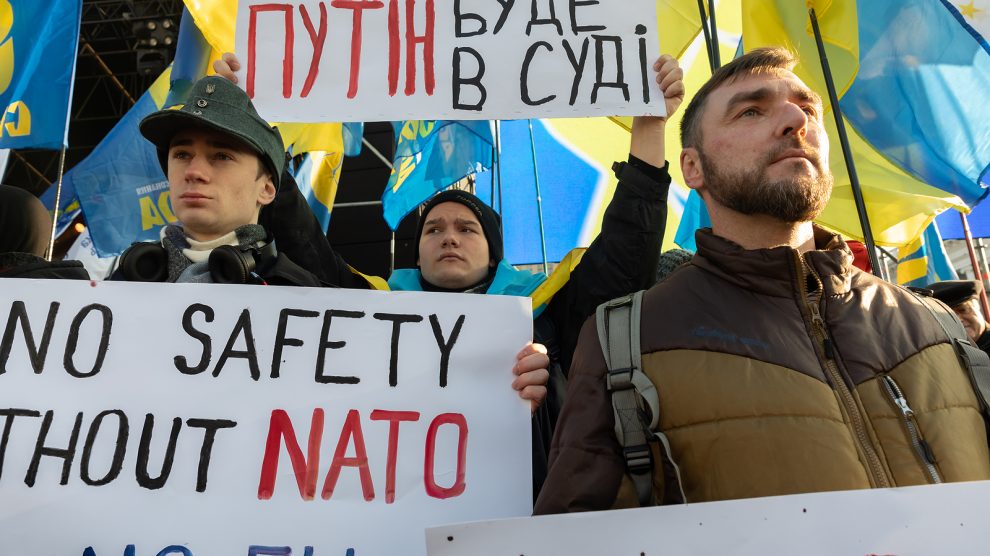 Why is Vladimir Putin existentially threatened by Ukraine?

The Russian president fears what Ukraine can become, namely a thriving democracy, and an example of anti-corruption reforms for the post-Soviet space. These two concepts, now very firmly ensconced in Ukrainian society, pose a threat to the continued rule of Putin and the KGB clique that seized control of Russia with his elevation to prime minister, acting president, and then president at the turn of the millennium.

Lost in the Dream: How the EU can end the political deadlock in Georgia

Georgia is caught in a vicious circle of polarisation and state capture. The EU should respond by explicitly linking support for the Georgian government to its implementation of concrete reforms and anticorruption initiatives.

Bosnia crisis: Why Muslims could once again end up in mass graves

Open separatist threats from Serb leader Milorad Dodik present a test for the world. Will it react, or stand by and allow another genocide?

Nursultan Nazarbayev, the autocratic former president, all but vanished after violent protests this month. But with his legacy so pervasive, will anything change?

The Georgian wine industry, gutted by a Russian embargo 15 years ago, is thriving once again. But success is resting on a shaky foundation. While exports reached record levels in 2021, roughly 55 per cent went to Russia, giving the Kremlin potential leverage to use wine again as an economic weapon.

Sycamore stunner: How Budapest’s House of Music swallowed a forest

As new laws hit the most vulnerable pregnant women in need of care, volunteers struggle to help those unable to access safe abortions.

UiPath, now valued at nearly 20 billion US dollars since going public on the New York Stock Exchange last April, has transformed Romania’s start-up scene, shining a spotlight on the country’s emerging tech promise for global investors and spurring young entrepreneurs to found their own companies.

Piotr Cywiński has spent a lot of time pondering a question that has exercised historians, philosophers and politicians ever since the end of the second world war. What lessons should we draw from one of the darkest pages in human history, the organised mass killing at Auschwitz?

The thousands of hikers who brave Hungary’s Blue Trail each year must face down unexpected obstacles, a bureaucratic, socialist-era stamp system, and a litany of rules. Which begs the obvious question: why bother at all?

As US prepares ‘mother of all sanctions’, Amnesty warns of ‘devastating consequences’ should Russia invade Ukraine
Poland’s hydrogen ambitions, lights out in Central Asia: Emerging Europe this week
Comment