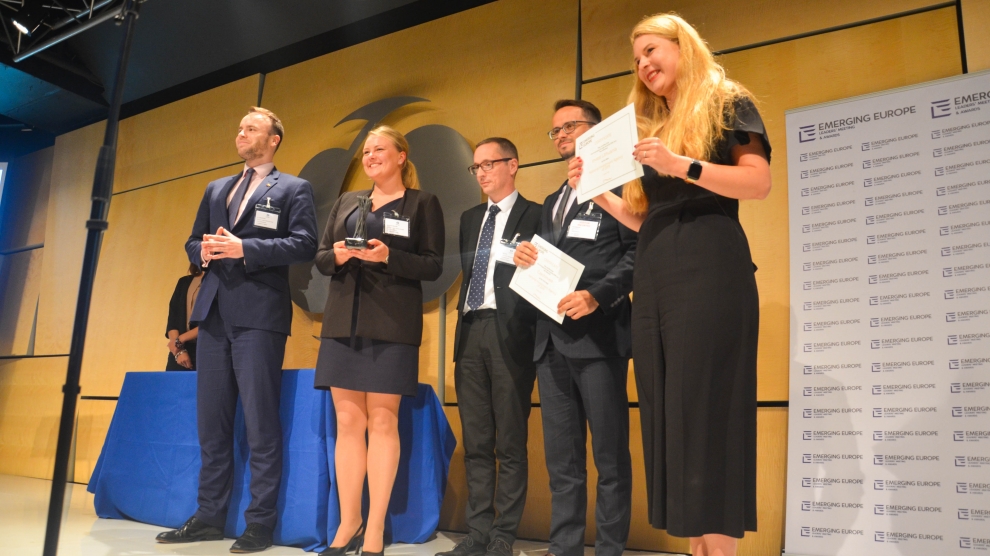 Invest Lithuania has been named as emerging Europe’s leading Investment Promotion Agency (IPA) for the second year running, with the Polish capital Warsaw taking the title of the region’s most business-friendly city.

In a wide-ranging survey carried out over a period of almost six months, Emerging Europe teamed up with a British tech start-up looking to expand to a new location in one of the 23 countries of Central and Eastern Europe.

The findings were revealed on June 28 at the headquarters of the European Bank of Reconstruction and Development (EBRD) in London, as part of the Emerging Europe Leaders’ Meeting and Awards.

“There has been some improvement over the past year,” said Andrew Wrobel, Emerging Europe’s founding partner, strategy and content. “This year, the best IPA scored 72.4 out of 100, up from 67.6 in 2018, and the top five IPAs scored over 50. Ten agencies improved their position in the ranking. However, the five IPAs at the bottom of the list all scored below 20 points, less than the lowest-ranked agency in 2018. The most worrying factor is that fewer agencies responded to enquiries from the investor who teamed up with us to carry out the research. The most promising one is that IPAs see the benefits of automating certain procedures.”

Mr Wrobel was one of a number of leading business leaders and officials who took part in a high-level roundtable discussion dedicated to the investment report which preceded the awards ceremony. Many of those in attendance were encouraged that there had been progress. 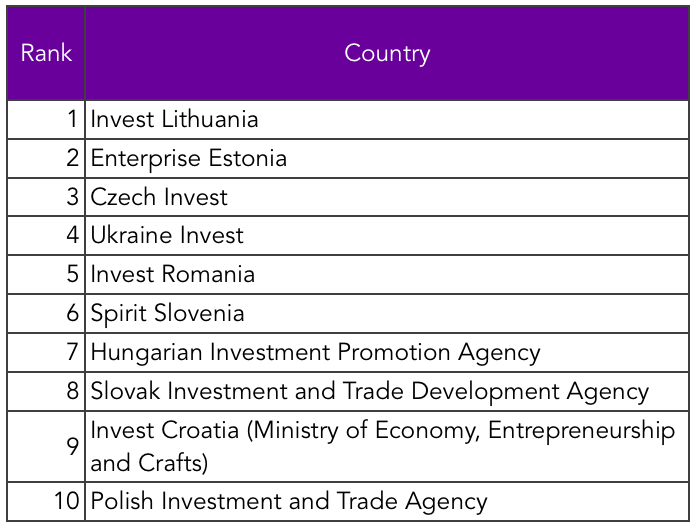 “The quality has improved from last year and it’s great to see that the promotion of our market is improving,” said Olga Grygier-Siddons, former CEO of PwC CEE.

“However, the [investment promotion] agencies don’t appear to have addressed all the challenges. Digital capabilities, for example, are not used everywhere. Investors look for skills, especially digital skills, so the role of websites is crucial as they symbolise digital competencies. More needs to be done here.”

Peter Stračar, former CEO of GE CEE, and like Mrs Grygier-Siddons a member of the Emerging Europe Council, also welcomed the progress that had been made but called on the region to do more to promote its know-how.

“There was a time that labour costs were the only thing that mattered,” he said. “Now things are different. Now is perhaps the time for the IPAs to start cooperating with research and development centres and universities to showcase the know-how. This is very important in the region, this is what the region wants.”

Milda Dargužaitė, CEO of Northern Horizon Capital, said that the agencies often provide the first impression of a country for investors.

“They should make sure that they focus on real enquiries,” she said, suggesting that automation can help in the process.

Enterprise Estonia, which took second place in the ranking, has led the way in making use of automation in its enquiry handling process.

“There are a lot of enquiries which need to be taken care of, and automation helps us with that,” said Viljar Lubi, Estonia’s vice minister of economic affairs and communications. “Around 85 per cent of the enquiries we receive are now dealt with automatically.”

What was clear from the discussion was that IPAs remain relevant, although there were suggestions that their roles could be tweaked slightly, to adapt a little more to what the market wants.

Former prime minister of Moldova and now managing partner at Fribourg Capital Ion Sturza said that it was important to remember that IPAs and investors did not always want the same thing.

“Investors are looking to make a profit, IPAs want to bring jobs to a country or region,” he said. “If you want to embrace investors, you need to take profit into account.”

“There is a lot of talk about how good the given country is, but they should offer a value story,” he said. “They must offer value to the investor.”

Cooperating across the emerging Europe region could also help those IPAs whose performance needs to improve.

Haldun Fırat Köktürk, global head of Limak Airports, suggested that more support could be offered to IPAs with limited experience, “especially in the Balkans, and most of all in Kosovo.”

In the Emerging Europe Business Friendly City Perception Survey, which looks at the business environment in the region’s key cities, Polish and Lithuanian cities led the way. Alongside winner Warsaw, six other cities from Poland and Lithuania made the top 10: Vilnius, Poznań, Łodź, Kaunas, Wrocław and Gdańsk. Prague, Ljubljana and Budapest were the other cities to make the top 10.

“A large number of the region’s cities have begun to take the initiative and do things for themselves in recent years, often in spite of the wishes of central governments,” said Mr Wrobel. “The reason is simple: these cities and the regions in which they are found no longer want to be held back by long, cumbersome decision-making processes which stifle initiative, innovation and hinder foreign direct investment. At Emerging Europe, we believe we should acknowledge the cities that are perceived as top performers.”

Emerging Europe special reports looking in detail at the performance of the region’s IPAs, as well as the region’s major cities, will be available to purchase in mid-July. Bespoke versions for particular countries will also be made available.