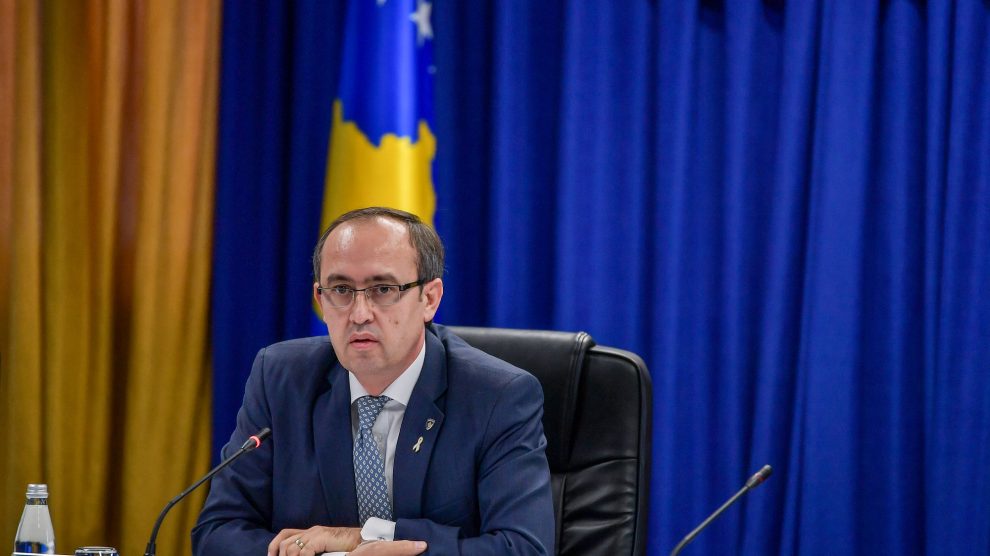 Kosovo is heading for a snap election after the country’s top court annulled a parliamentary vote that installed Prime Minister Avdullah Hoti (pictured above), possibly unleashing a new crisis in Europe’s youngest democracy.

Kosovo’s constitutional court ruled that a parliamentary vote which in June installed Mr Hoti as prime minister was invalid as one of the MPs who made the new government’s majority possible, Etem Arifi, had earlier been convicted for fraud. Two months previously, a vote of no confidence had brought down the previous executive of Albin Kurti after less than three months in office.

No government has finished its full term in the country since it declared independence from Serbia in 2008.

“Considering that the government was not elected according to the constitution, the country’s president should now announce new elections,” the court said in its verdict published late on December 21.

Kosovo’s acting president, Vjosa Osmani, said that she would consult with the country’s parliamentary parties before taking a decision, but most analysts believe that an election is now unavoidable. It will be the second time in less than two years the Kosovo has voted for a new parliament.

“We will soon have new elections, and the legitimate government will return to power,” said Arbërie Nagavci of the nationalist Vetëvendosje party, the largest in parliament, which brought the case to the constitutional court.

Prior to Mr Hoti’s installation as PM in June, Vetëvendosje had for months insisted that only a new general election could end the impasse that had hamstrung the country since the inconclusive 2019 parliamentary election left the party short of an overall majority.

In May, the constitutional court ruled that then President Hashim Thaçi had not acted unconstitutionally in handing a mandate to Mr Hoti to form a new administration without holding fresh elections. Mr Kurti described that particular court ruling as “unfair” and “unacceptable”.

Mr Thaçi has since himself been forced to resign following his indictment on war crimes charges by a special tribunal in The Hague.

Thaçi, as well as former parliamentary speaker Kadri Veseli, have been charged with complicity in nearly 100 murders committed during the Kosovo War from 1998-2000.

Is it fish, or visas for Eastern Europeans that are holding up Brexit talks?
New investment in tech university cements Cluj as innovation hub
Comment