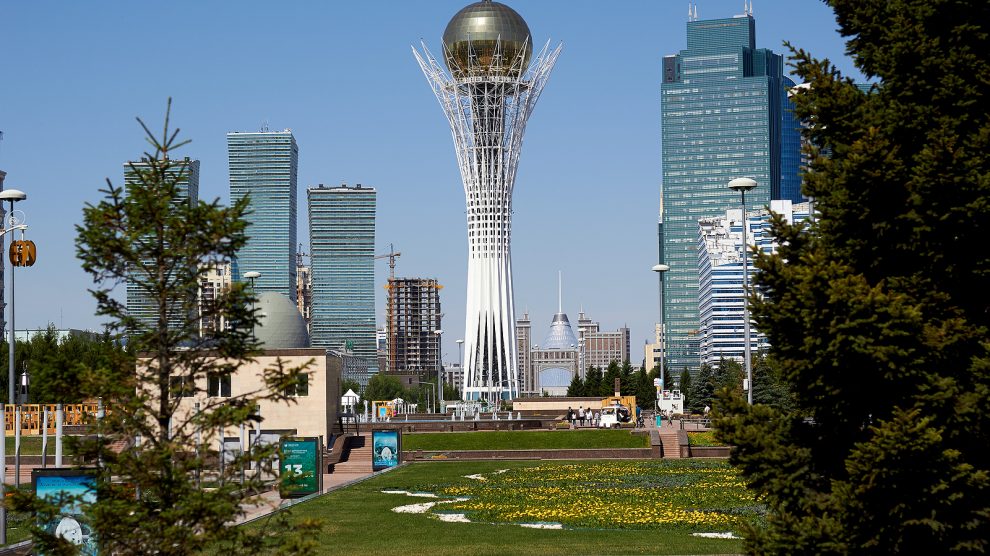 Belgium’s Court of Appeal has ruled that Moldovan oligarchs Anatolie and Gabriel Stati relied on evidence that is “now known to be inaccurate and materially misstated” in a series of court cases and tribunals.

Kazakhstan last week won a key victory in its ongoing legal dispute with Moldovan oligarchs Anatolie and Gabriel Stati, when a court in Belgium ruled that the Statis had engaged in “massive fraud”.

On November 16, the Belgian Court of Appeal determined that the Statis had defrauded not only an arbitral tribunal but also Swedish courts during prior proceedings.

The fraud, the court held, had a direct impact on the tribunal’s findings both on liability and damages. On that basis, the Court of Appeal reversed an order by a lower Belgian court that had granted recognition and enforcement of an arbitral award worth 530 million US dollars, made in 2013.

The legal battle between the Statis and the Kazakh government began in 2010 when the Ministry of Oil and Gas of Kazakhstan terminated the contracts for oil and gas exploration and production of Kazpolmunai LLP and Tolkynneftegaz LLP – companies owned by the Statis in Mangistau province, in the west of the country.

The Statis subsequently filed an arbitration claim against Kazakhstan under the terms of the Energy Charter Treaty (ECT), of which Kazakhstan is a signatory, and in 2013 a tribunal constituted by the Stockholm Chamber of Commerce awarded the Moldovans compensation of circa 500 million US dollars.

Based on the evidence and argument then-made by the parties, the tribunal ruled that the Statis’ companies had been subjected to “coordinated harassment” by Kazakh authorities, culminating in the termination of their oil and gas contracts.

Kazakhstan challenged the ruling, initiating annulment proceedings while the Statis set about enforcing the award in the United Kingdom, and later in several other jurisdictions. In December 2016, the Swedish court of appeal dismissed Kazakhstan’s annulment application, again based on the evidence and arguments then-made by the parties.

In Belgium, the Statis obtained an ex parte order in December 2017 granting exequatur to the award, which was subsequently confirmed by an order of the Belgium Court of First Instance in December 2019.  In obtaining these orders, the Statis relied heavily on the prior court order they obtained in Sweden denying Kazakhstan’s annulment application.

However, Kazakhstan has long claimed that the original arbitral award, the Swedish annulment decision and the two initial Belgian court orders were based on a limited factual record which did not include new evidence of the Statis’ alleged fraud. In November 2020, the Brussels Court of Appeal granted Kazakhstan’s request to present its full fraud case, over the Statis’ objections.

Now, the Court of Appeal has validated Kazakhstan’s case and confirmed its long-standing position – that the Statis engaged in a massive fraudulent scheme, and that as a result the award should not be recognised or enforced.

The court concluded that the entirety of the evidence that has been gathered since the original award was handed down in 2013 “demonstrates without any doubt whatsoever the fraudulent behaviour of the Statis”. The court further found that “the investment of the Statis in Kazakhstan was done in bad faith”, and that “the dispute that was debated before the arbitral tribunal did not reflect the reality of the facts”.

Further, the court concluded that the Statis had “deliberately misled” the Swedish courts during the annulment proceedings.

Central to Kazakhstan’s case is correspondence between the Statis’ former statutory auditor KPMG and the Statis themselves, in which KPMG raised serious concerns about the legitimacy of costs incurred by the Statis’ Kazakh companies, but which the Statis failed to disclose to Kazakhstan or the courts during the Swedish annulment proceedings.

The Statis also relied in the arbitration on documents which their former CFO, Artur Lungu, recently confirmed were materially false. Lungu’s testimony also revealed that Anatolie Stati had repeatedly made materially false statement to his auditors (KPMG) during their audits of the Statis’ financial statements, the effect of which was to conceal the related-party transactions which Kazakhstan has asserted are fraudulent.

On this basis, the Court of Appeal stated that it is now clear that the arbitral tribunal, in reaching its 2013 decision, “relied on evidence that is now known to be inaccurate and materially misstated”.  This false evidence, the Court of Appeal found, “had an influence on the Award, both at the stage of assessing the causal link between Kazakhstan’s liability and the damage and at the stage of assessing the quantum of the damage claimed by the Statis”.

The court’s decision will result in a lifting of an attachment that the Statis obtained – worth over 530 million US dollars – belonging to the National Fund of Kazakhstan, which is held by The Bank of New York Mellon.

“After thoroughly analysing all the available evidence, the Court of Appeal confirmed that the Statis committed fraud on our nation, their auditors (KPMG), the arbitral tribunal and the Swedish annulment courts. The judgment has grave implications not only for the Statis but also their professional advisers. It should serve as a point of ‘no return’ for those who are still aiding and abetting the Statis in their illegal schemes.”