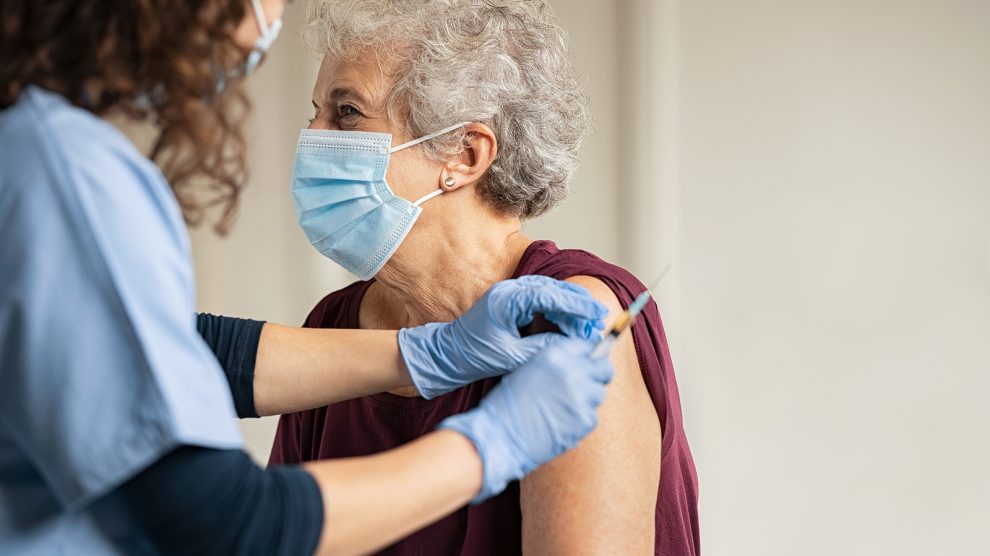 Portugal endured Europe’s longest ever dictatorship, and yet has one of the continent’s highest Covid-19 vaccination rates. It suggests that an authoritarian past is not the only explanation for vaccine hesitancy.

In every country of Central and Eastern Europe, the Covid-19 vaccination rate remains well below the EU average.

It has been suggested – with increasing frequency – that one of the reasons for vaccine hesitancy in the region is a legacy of its authoritarian past: an ongoing distrust of authority, and an eagerness to disobey it whenever possible.

But now, close to a year since the first doses of the various Covid-19 vaccine were administered, the excuse is getting old.

Across the EU as a whole, 76.3 per cent of the total population has now received at least two doses of a vaccine, but there is a considerable difference between Western Europe and the rest of the bloc. It is no coincidence that nine of the ten countries with the EU’s highest per capita death rates are in Central and Eastern Europe.

Even within the region, there are some vast differences in vaccination rates.

While Lithuania and Czechia are close to the EU average, with an uptake rate of 72 and 69 per cent respectively, things are much bleaker in Bulgaria where just 29 per cent of the population is fully vaccinated, significantly lagging behind even Romania where 43 per cent of people have now been jabbed.

Nonetheless, no country in the region has yet reached the EU average, while every single Western European nation has done so, including Portugal, which has Europe’s second highest vaccination rate of 92 per cent. Last month, Henrique Gouveia e Melo, the vice-admiral who runs the country’s vaccine campaign, said that there was “virtually nobody left to vaccinate”.

And yet Portugal’s national dictatorship, or Estado Novo, was from 1933-74 Europe’s longest-running authoritarian regime. The country also has a GDP per capita lower than that of Slovenia, Czechia, Lithuania, Estonia, and Poland.

Piotr Lewandowski, senior research specialist at the Łukasiewicz Research Network, says that the specifics of the communist regimes in CEE continue to impact these societies in a way that differs from nations which experienced a contrasting type of authoritarian rule.

“There is a certain amount of mistrust in governments in Central and Eastern Europe resulting not so much from dictatorial rule – as was the case in Portugal – but from the implementation of communist principles and the imposition of this ideology,” he tells Emerging Europe. “Post-communist societies are generally characterised by a lack of trust in government. This can be clearly seen in Bulgaria and Romania as well as in Poland.”

Lewandowski’s opinion is shared by Ștefan Dascălu, an immunology researcher at the University of Oxford and a Romanian public health specialist.

“Romania’s authoritarian regime had a rather distinct flavours of communism under [Nicolae] Ceaușescu’s rule, and many of its relics are still present in modern day society,” Dascălu says.

“It is quite difficult to pinpoint how much it has actually contributed. But vaccine hesitancy is an intricate and complex issue and can rarely be attributed to a single cause,” he adds.

No longer an excuse

For this reason, many regional experts, including Lewandowski and Dascălu, are now rejecting the presumption that CEE’s low vaccination rate is a direct result of their nations’ unfortunate past.

Lewandowski instead sees “disinformation narratives which spread through online media and get into the mainstream” as the most noteworthy cause of vaccine hesitancy in Poland – and elsewhere in CEE.

“In Romania, several factors contributed to the low Covid-19 vaccine uptake, including an inadequately timed (i.e. late) communication strategy, a systematic underfunding of the healthcare system, the inconsistency of health policies, and an overall distrust in state authorities,” Dascălu argues.

Vladimíra Čavojová of the Centre for Social and Psychological Sciences at the Slovak Academy of Sciences is also “not sure” as to whether vaccine hesitancy in Slovakia has been caused by the nation’s post-communist past, “as during communism many vaccines were made mandatory, and remain mandatory to this day”.

According to Čavojová there is a clear distinction between Covid-19 vaccination efforts in the CEE region, and those of the region’s past or in Western Europe today.

“And the difference is that Covid-19 vaccination efforts have been politicised,” she tells Emerging Europe.

“Disinformation regarding Covid-19 vaccines were spread by extremist parties long before the vaccine was actually available and only a fraction of the parties in the ruling coalition fully embraced them,” she says, explaining how Slovakia became the third least-vaccinated country in the EU, with 54 per cent of the population fully inoculated.

Dascălu notes a similar trend in Romania, on a seemingly even larger scale.

“The political instability of the past years inevitably resulted in various populist measures being taken by politicians and other decision-makers, with a constant disregard of expert advice throughout the pandemic. This resulted in a general perception that public health efforts, including the vaccination campaign, were directly associated with the political sphere,” he argues.

Just one example is both the nation’s prime minister and president earlier this year declaring the pandemic “defeated” and the vaccination campaign “a success”, in spite of Romania having one of the lowest immunisation rates in Europe, at less than 30 per cent at the time.

While Poland’s vaccination rate is notably higher than other CEE countries, it remains the fifth lowest in the EU.

Piotr Rzymski of the Poznań University of Medical Sciences however says that even current levels go beyond his expectations.

“Poles have one of the lowest trust rates in health authorities, which translates into lower trust in opinions on Covid-19 vaccines by medical doctors. Secondly, we are a highly politically polarised nation, and some political groups use anti-vaccine ideology to build a future voting base,” he tells Emerging Europe.

It so happens that the ruling Law and Justice party is one of those political entities attractive to voters with such attitudes.

“This paralyses the people in charge of promoting vaccination and prevents them from taking a bolder stance,” Rzymski explains.

According to Rzymski, to bring about a much-needed change in attitudes, Poland and much of the rest of the region needs to improve public health education, limit the spread of disinformation and fake news, and stop the politicisation of the vaccination campaign.

Indeed, what all of the experts we approached point to is that distrust of authority has little connection with an authoritarian past, and more to do with the failings of current administrations.

The region’s communist legacy may well be one of many reasons for its vaccine hesitancy, but it should no longer be viewed, or put forward, as the sole explanation.

The World Bank’s Doing Business report is no more. At least one country in Eastern Europe will miss it dearly
Kazakhstan wins key victory in ongoing dispute with Moldovan oligarchs
Comment