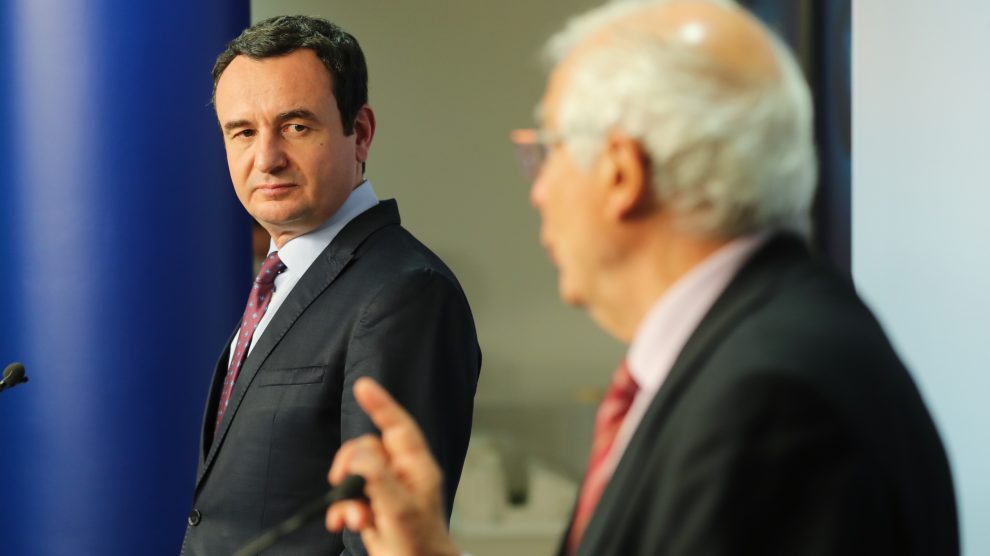 A growing association of the ‘Euro-Atlantic consensus’ with elite corruption and western pressure has created an opening for people to question it – and relations with the West as a whole.

The case for stronger Russia sanctions

The claim that Western sanctions against Russia do not work or are unjustified does not hold water. Russia’s economy has been stagnant since Western sanctions were imposed seven years ago, and the Kremlin’s continued hybrid war against the West has made an even tighter sanctions regime an urgent priority.

The high-water mark of the new nationalism in Central Europe?

The strength of Kaczyński in Poland and Orbán in Hungary—darlings of some American conservatives—may already have peaked.

Tesla ignites a feud, and it has nothing to do with cars

This summer, the governor of Serbia’s central bank is taking an aggressive position on a foreign currency: Trying to stop inventor Nikola Tesla appearing on Croatia’s coins.

A boom in Pakistani visitors is stirring xenophobia in Kyrgyzstan, putting both authorities and the long-suffering student community from the South Asian country on the defensive.

Tackling high-level corruption in Moldova – especially in the judiciary – may be complicated, but it’s a road the country has to take, says its justice minister.

Seven months after severe restrictions against abortion came into effect, women are struggling with the emotional toll of the near-total ban.

‘Reconstruction of Occupation’ sheds light on crushing of Prague Spring

Using a manhole cover to disable a tank works well if you can get it into the treads, but Molotov cocktails are more effective against trucks – such are just a couple of the discoveries unearthed by Czech filmmaker Jan Sikl in his documentary Reconstruction of Occupation, a granular look at the 1968 Warsaw Pact invasion of Czechoslovakia based on never-before-seen footage.

Forget the Cold War. In the 1990s, Soviet leader Mikhail Gorbachev made his mark on a very different battleground: as a pixellated super-politician in the Sega-Nintendo console wars.

A year after ending a long ban on gambling, Ukraine’s bet begins to pay off
Montenegro is about to inaugurate a new bishop who denies the country’s right to exist
Comment