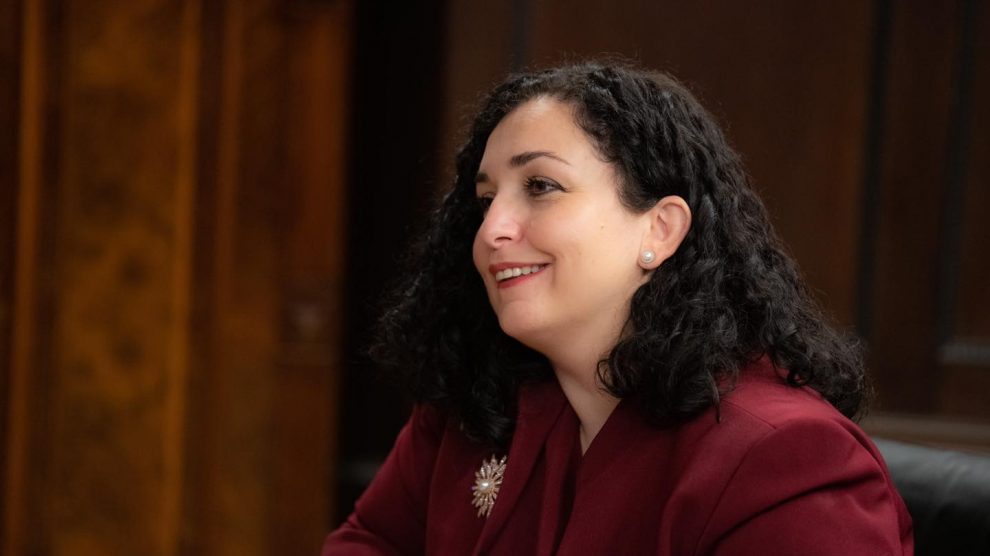 Vjosa Osmani, the fifth president of the Republic of Kosovo, is currently visiting Berlin. So what drives the woman holding Europe’s youngest state’s highest political office?

Romania: The new mayor looking to clean up local politics

In the central Romanian city of Târgu Mureș, a former archaeologist and political newcomer is seeking to heal ethnic divisions and clean up corruption and mismanagement.

Who is Aleksandr Franchetti, the Russian arrested in Prague and wanted by Kyiv for his actions in Crimea?

In Prague, his home off and on since the 1990s, information about a middle-aged Russian man arrested last weekend for his alleged actions during Moscow’s seizure of Crimea in 2014 is hard to come by.

Finiko’s promotional videos are straight out of the pyramid-scheme playbook. The clip opens with shots of flowers, champagne, party balloons and happy people hugging and kissing. A man in a business suit and wearing an expensive watch introduces himself to camera as a partner in Finiko, described in his telling as an exciting investment company in Kazakhstan. “Invest in the right companies,” the man advises.

A visit to FC Sheriff: Champions League upstarts from an unrecognised land

‘Not a flag to wave’: Pope criticises political use of Christianity

On a four-day visit to Slovakia and Hungary, Francis had strong words for those who wield Christian symbols for personal gain.

Grassroots democracy is thriving across Europe

With Covid accentuating many of the challenges posed by populism, disinformation and a collapse in public trust, the narrative of democracy labouring in deep crisis is now well established. Yet as the threats have mounted, so have efforts to defend and rethink Europe’s democratic practices.

Why Ukraine’s Olympic bid could be a very smart move

Ukrainian President Volodymyr Zelensky has announced that the country is preparing an official bid to host the Winter Olympics.

László Krasznahorkai: Where to start with his literature

László Krasznahorkai is probably the best-known contemporary Hungarian author. His work has received the International Booker Prize in 2015, the National Book Award for Translated Literature in 2019, and the America Award for a lifetime contribution to international writing in 2014, among many others. Known for his breathless, demanding prose, and his itinerant life, Krasznahorkai’s career spans over three decades and three continents.

Poland needs to address its police brutality problem
Angela Merkel’s Western Balkans legacy: she did well, but could have done more
Comment