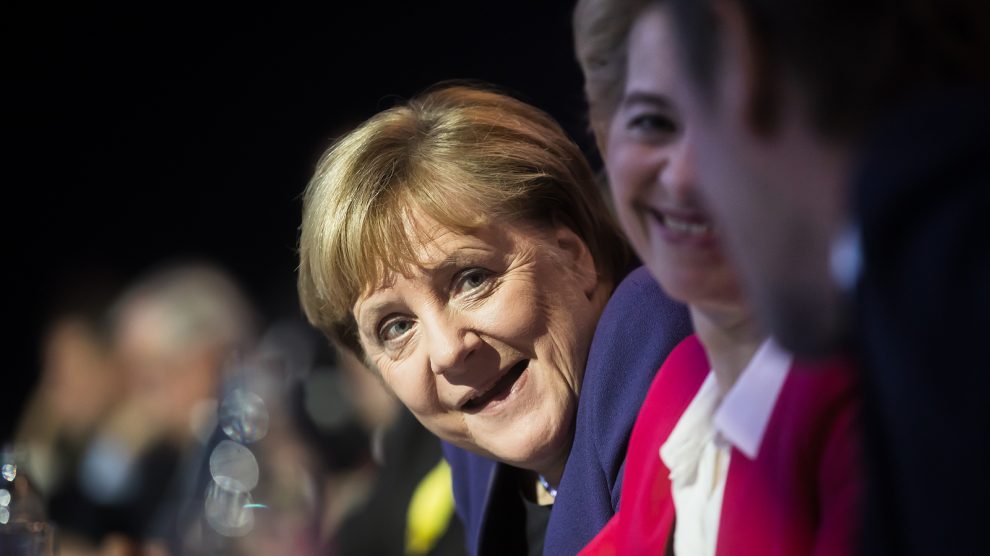 Angela Merkel’s Germany was one of the first countries to recognise Kosovo’s independence, but failed to convince Serbia, and others, to do likewise.

After 16 years in office, German Chancellor Angela Merkel is finally stepping down. Germany elects a new leader on September 26, with the Olaf Scholz currently her most likely successor: in recent weeks his SPD has taken a comfortable lead in all opinion polls over both Merkel’s CDU and the German Greens.

Merkel’s departure will have ramifications far beyond Germany’s borders. She will be missed by many, while there are other places where few tears will be shed.

In the Western Balkans, which Merkel visited this week on a kind of farewell tour, her legacy would appear to be mixed: she did well, but could have done more.

Merkel’s Germany has been key in shaping European Union policy towards the six countries of the region, and a champion of enlargement.

Closing her tour in Albania on Wednesday, Merkel reiterated her long-held belief that bringing the six nations into the EU is “in Germany’s strategic interest”, but she also warned that “there is still a long way to go”.

Visar Xhambazi of Democracy for Development, a Prishtina-based think tank, says that Merkel’s legacy in the Western Balkans will be “hard to beat”.

“While no Western Balkan country was able to join the EU during her 16 years as chancellor, Merkel was always supportive of the region’s EU integration aspirations,” he says.

Arguably the most important German contribution to the political landscape in the Western Balkans has been the Berlin Process, one of the flagship diplomatic projects of the Merkel era.

“Merkel aimed to build bridges of cooperation between the Western Balkans countries, encouraging them to take the path of stability, progress and peace by addressing the issues that remain from the past,” says Jeta Krasniqi of the Kosova Democratic Institute.

For Kosovo, the Berlin Process has been especially important. Germany was one of the first countries in the world to recognise Kosovo’s independence from Serbia, opening an embassy in Prishtina just 10 days after Kosovo declared independence. Since then, says Xhambazi, it has been a staunch partner, both economically and politically.

“Moreover, Germany is the only western country that has strongly opposed the dangerous idea of a land swap between Kosovo and Serbia,” he adds.

She could have done more

In Belgrade this week, Merkel again told Serbian President Aleksandar Vučić, that the issue of Kosovo would have to be solved before Serbia can join the European Union.

But according to Xhambazi, Merkel could have been “more persistent and assertive” towards Serbia and the the five EU refuseniks.

Luka Šterić, a researcher at the Belgrade Centre for Security Policy, agrees that Merkel could have done more.

“Although expectations from this ambitious diplomatic initiative [the Berlin Process] were high when it was launched in 2014, each subsequent summit attracted less and less attention from both the regional and European public,” he says.

“From a vision of becoming a guide through the key phases of reform that would lead to EU accession, the impression now is that the Berlin Process has become just one in a series of initiatives which has not resulted in much.”

So will Merkel’s legacy in the region ultimately be that of building bridges between countries or of enforcing stability at any cost?

“Unfortunately, Merkel will most notably be remembered as the protector of hybrid regimes in the region in the name of stability. Such policy, best exercised in her visit to Serbia this week where she claimed that the current regime in Belgrade has made ‘major steps’ in reforming the country, has greatly eclipsed legitimacy and trust in the European Union as the external driver of democratic reforms across the Western Balkans,” Šterić adds.

Zijad Bećirović from the Ljubljana-based think tank IFIMES is similarly critical of Merkel’s recent visit to Serbia and Albania.

“She let Bulgaria block North Macedonia’s EU path. Her statement that Western Balkan states have a long way [to go] is again some kind of ‘violence’ toward the states in the region and a boost for the euro-pessimists,” he tells Emerging Europe.

“Merkel could have done more for the Western Balkans countries to become EU members during her mandate, but she didn’t, and with her actions only increased uncertainty and thus encouraged the destructive forces in the region.”

So will things change following her departure? Not a great deal, say analysts. The Western Balkans will remain firmly in Germany’s sphere of interest, although Bećirović says that any new chancellor will have his or her own nuances and personal approach.

“If Social Democrats (SPD) or the Greens assume the Kanzleramt there will likely be more criticism for the autocratic shift of some countries in the region, but the overall course of German foreign policy towards Serbia and the Western Balkans is not likely to change,” Luka Šterić concludes.