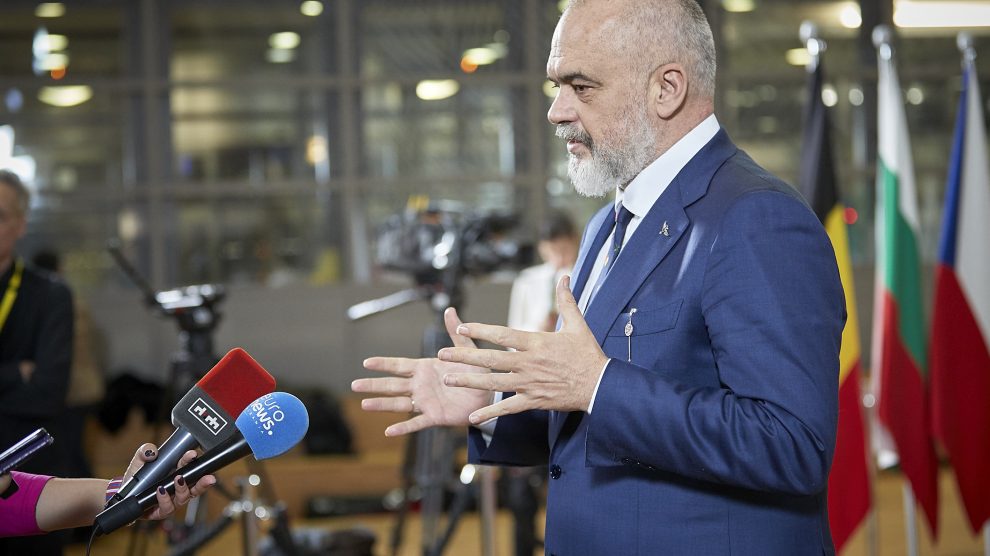 Edi Rama is building bridges to Europe — or nowhere

When he goes to high-level meetings with surly Eurocrats in Brussels wearing sweatpants, colourful socks, sneakers, and a matching blazer, the message he wants to send is clear. Albanian Prime Minister Edi Rama could not care less about what those photographed next to him think about his attire.

In the intensifying showdown between the EU’s highest-level institutions and Poland, the bloc’s fifth-largest country by population, politics and the law overlap in complicated ways. There will be neither a perfect legal solution, nor a perfect political one. Each side has factors working in its favour, and each is making mistakes.

Kyrgyzstan: Drought causing staple crop shortages, but not all is doom

Climate change can be blamed for some of the troubles facing Kyrgyz farmers, but the immediate problem is money.

Just six months ago, Serbia was patting itself on the back for its rapid vaccine rollout, which in February was the second-fastest in Europe. Powered by plentiful supplies of the Pfizer, AstraZeneca, Russian Sputnik and Chinese Shinopharm vaccines, it raced ahead of EU countries. In fact, Serbia was in such a strong position it even began offering jabs to people over the border in Croatia, North Macedonia, Montenegro, Albania and Bosnia and Herzegovina. But now vaccine hesitancy is checking Serbia’s progress.

With LGBTQ+ rights in the spotlight, Hungary prepares for a political showdown

Politics and sport are an increasingly potent mix – and nowhere more so than in Viktor Orbán’s Hungary, where Formula One drivers Lewis Hamilton and Sebastian Vettel made a stand for LGBTQ+ rights last weekend.

Majdan has been one of the hubs along Serbia’s border with EU neighbours where migrants remain stranded, often for months, while making dozens of thwarted attempts to cross the border and move on toward Western Europe. It encapsulates their problem: they can’t go forward and they can’t go back.

Belarusian opposition leader Svetlana Tikhanovskaya met with U.S. Secretary of State Antony Blinken on July 19, a conversation she described as very friendly and warm, and one that seemed to promise meaningful U.S. action on Belarus in the near future.

‘Nationalists want to convince Croats and Serbs they can’t coexist’

This week, while Croatia celebrates its victory in 1995’s Operation Storm and Serbia mourns the victims, nationalists on both sides will be seeking to profit politically from one of the war’s most traumatic events, says sociologist Marijana Stojcic.

A year after the deadly port blast which left the Lebanese capital in disrepair, Beirut’s Armenian neighbourhood of Bourj Hammoud is still feeling the aftermath of both the explosion, and ongoing economic devastation. But the area’s unique history has created a vibrant community with a strong sense of their own identity — helping residents to unite in the very hardest of times.

Two young anthropologists have delved into the ways Albanians have traditionally interpreted dreams – and what this says about their culture and society.