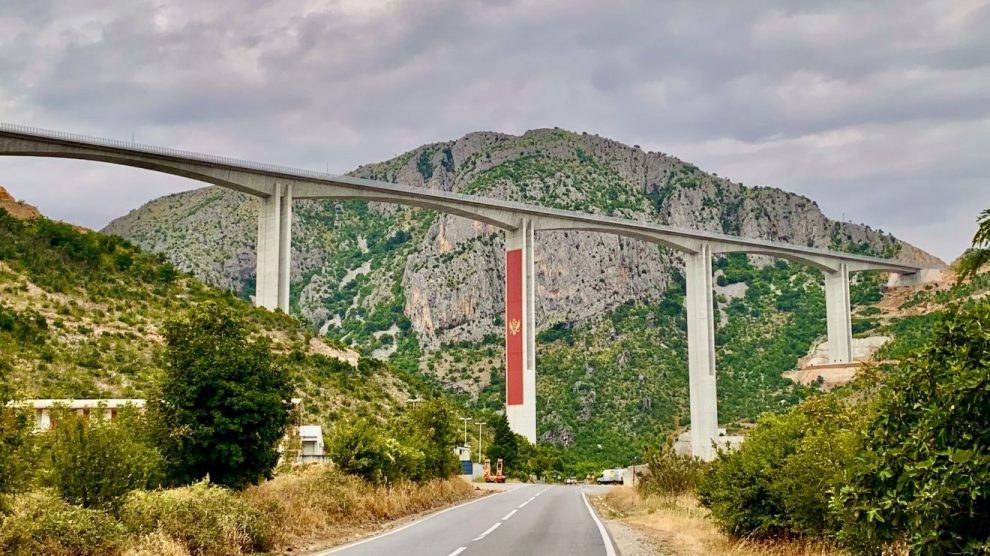 At the last minute, Montenegro last month successfully paid the first instalment of a one billion US dollars loan owed to Exim Bank of China, a loan that threatened to crush the country’s economy as its national debt ballooned to 103 per cent of GDP.

Montenegro last month bought itself some breathing space, making the first of a series of repayments to China’s Exim Bank for a loan worth almost one billion euros that had been taken out in order to construct a much-needed motorway.

The repayment was made possible after Montenegro’s government reached an agreement with banks in the European Union and United States to hedge the debt. It means that the loan’s interest has now dropped from two per cent to 0.88 per cent.

Finance Minister Milojko Spajić says that the country saved four million euros for the July tranche alone, and that annual savings would amount to over eight million euros.

He has pledged that the money saved will be used for developmental projects and to address the country’s “food price crisis”.

Details of the hedge are scarce, with Spajić telling local media it is a 14-year deal, with the possibility to reexamine the terms – and the banks involved – after two years.

According to the minister the deal was reached with Germany’s Deutsche Bank, France’s Société Générale and two US banks, Merrill Lynch and Goldman Sachs.

“This should give Montenegro some breathing space, although the burden on public finances remain significant,” says Filip Šebok, a research fellow at the Czechia-based Association for International Affairs.

Breathing space, however, does not mean that the debt is gone.

“It will give Montenegro an opportunity to work on a more sustainable solution, but the debt did not go away, China is still a creditor, and the remaining tranches will have to be repaid to partners from Beijing,” Stefan Vladisavljev, programme coordinator at the Belgrade Fund For Political Excellence and research contributor to CHOICE, tells Emerging Europe.

“What trajectory events will take in the future depends solely on the strength of the Montenegrin economy and its financial stability.”

Right now, the economic situation in the country remains troubled. According to the World Bank, Montenegro’s GDP shrunk by 15.2 per cent in 2020. For Montenegro, reliant on tourism, the impact of the Covid-19 pandemic and the restrictions placed on international travel has been particularly hard.

However, the European Bank for Reconstruction and Development (EBRD) does forecast better numbers for this year, recently improving its growth projection to 8.5 per cent.

Compounding the problem somewhat is the fact that the motorway the Chinese loan was intended to pay for remains incomplete.

The pandemic has pushed the completion date back from 2019 to November this year, and this is just the first 41-kilometre section of the 164-kilometre highway that will eventually link the seaside town of Bar with the Serbian border.

“It is not clear when construction of what is probably Europe’s most expensive highway will be complete,” says Nina Marković Khaze of the Department of Security Studies and Criminology at Macquarie University in Sydney.

While the hedge deal leaves Montenegro with more wriggle room and keeps its head above water, according to Luka Šterić from the Belgrade Centre of Security Policy, the problem has simply been kicked down the road.

“It only decreases the immediate danger of a debt crisis,” he says. “Concerning how large the loan is, as well as several delays that we have already seen with the completion of the first section, the highway construction is a long-term, expensive and unpredictable project that will loom over Montenegro for decades to come.”

Others are concerned that Montenegro may not have actually avoided a Chinese “debt trap”.

“I don’t think that Montenegro has escaped the Chinese debt trap because they are currently suffering the consequences,” he tells Emerging Europe. “The lesson here is that the next time China offers big money, everyone is going to turn their eyes to Montenegro as a perfect example of China’s debt trap. Montenegro will serve as a textbook example of China’s debt trap diplomacy. I think the Western Balkans have learned their lesson.”

Will other countries in the region truly learn their lesson? Time will tell, but Šebok notes that there might be a contradictory effect.

“They may instead feel emboldened to take Chinese loans as when they find themselves unable to repay them, there is now a precedent of western institutions jumping in.”

Plentiful lessons for the rest of the region

The lessons for the rest of the region are plentiful, according to Marković Khaze.

“More conservative budgetary forward estimates and economic planning should take place in Western Balkans’ transition economies, some of which – like Montenegro – rely too heavily on foreign capital flows, FDI and budgetary income from volatile sectors such as tourism – which during the Covid-19 pandemic was decimated.”

While the Montenegrin hedge deal is with private investment banks, and while exact details have not been published, it is widely understood that both Brussels and Washington have played a part in putting it together.

Originally, however, the EU did not want to step in directly when Montenegro first asked for help back in April.

“If actors like the EU and US want to limit current and future Chinese influence in the region, they have to be ready to provide alternatives for economic and infrastructural developments, to closely cooperate with the Western Balkans countries during the accession process, and to make the enlargement process a priority once again,” says Vladisavljev.

One thing that the current situation does make clear is that both the EU and the United States understand the threat China poses to their interests in the Western Balkans.

“However, over the past decade, Beijing has successfully taken advantage of the passiveness of the EU and gained both economic and political influence with loans and major projects across the region. Taking into account the seemingly never-ending accession process and the clear rise of euroscepticism in most countries in the region, Brussels needs an ambitious comprehensive strategy to secure the upper hand in the Western Balkans in the years to come,” concludes Šterić.

The EU needs to regulate waste exports to Central and Eastern Europe
The West is letting Albania down: Elsewhere in emerging Europe
Comment