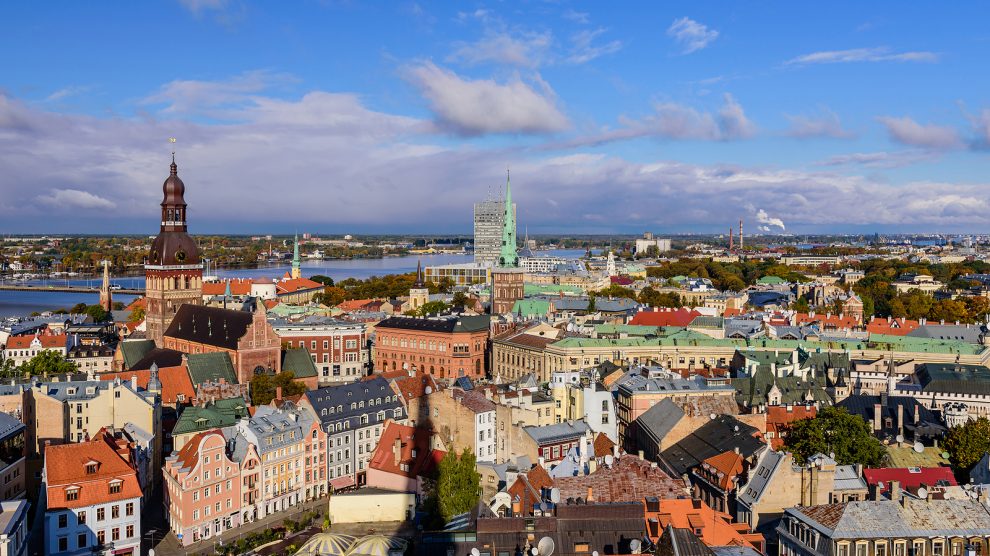 Latvia needs to address a shrinking population, informality and the shadow economy, and gaps when it comes to high quality infrastructure.

To drive sustained growth in living standards, Latvia needs to address ongoing risks from the pandemic with continued vaccination efforts and targeted support to vulnerable households and viable firms, while improving skills, innovation and the business climate, according to a new report from the Organisation for Economic Co-operation and Development (OECD).

While Latvia’s economy recovered well from the Covid-19 pandemic, a further lifting in living standards will require reforms to boost productivity, says the report.

The latest OECD Economic Survey of Latvia says that the country is continuing to close the income gap with OECD economies, as GDP grew by 4.8 per cent in 2021, with economic performance bolstered by exports and EU-financed public investment.

Structural challenges remain however from a shrinking population, informality and the shadow economy, and gaps when it comes to high quality infrastructure.

The OECD believes that doing more to capitalise on export opportunities will be key to boosting growth, while reforms to the tax and transfer system could make it more effective to help alleviate high levels of poverty and to improve equality of opportunities.

“Latvia’s economy is rebounding, but there are structural challenges to overcome beyond the pandemic,” OECD Secretary-General Mathias Cormann said, presenting the report in Riga alongside Latvian Minister of Economy Jānis Vitenbergs.

“Enhancing adult skills, innovation and the business environment would help improve export performance – which is key for a comparatively small economy with significant demographic pressures. I am confident that Latvia will make good use of EU funding to make the necessary investments and pursue structural reforms to boost productivity and to further improve living standards.”

Latvia’s income convergence with OECD economies has been impressive. Income per capita is almost at 70 per cent of the level of OECD countries, up from 55 per cent a decade ago. At the same time, almost one in six people were living in relative poverty (in 2019). For over-65 year-olds that increased to one in three. In an EU context, these are high levels of relative poverty. Related to this, a comparatively low supply of affordable and social housing affects well-being and labour mobility.

Improving adult skills and increasing spending on active labour market policies would help to offset a falling workforce that represents an important barrier to growth, the report says. Low birth rates and steady emigration have caused Latvia’s population to shrink more than anywhere else in the OECD since 1990, a trend that appears set to continue.

Greater public outlays on pensions, housing, health and long-term care are called for, but they will need to be paid for by improved tax collection. Over the medium term, Latvia will need to put in place a credible fiscal strategy to prepare for rising costs related to population ageing and climate change. Spending on health care, long-term care and pensions is estimated to increase from 3.8 per cent of GDP in 2020 to 5.6 per cent of GDP in 2055.

To boost innovation and productivity, the report recommends increasing spending on research and development. In Emerging Europe’s own recent report, The Future of IT, Latvia ranked eighth in the IT Competitiveness Index, below fellow Baltic states Estonia and Lithuania.

While the country offers higher IT salaries than both of its neighbours, and while with 297 IT students per 100,000 people the country is ranked significantly higher than the regional average (222), Latvia scored much worse in the human development, social progress and economic freedom indices.

Recommended measures include improving incentives for research and development by the business sector, allowing academic researchers a share in royalties earned from their research and raising the share of tertiary funding that is performance-based. It is also important to increase the share of high-tech industries in the manufacturing sector. Improving financial literacy and banking-sector competition to encourage more credit to flow to the economy would help to boost business investment.

Increased investment and innovation and improved skills should help to expand Latvia’s export sector into new markets. While Latvia has gained some market share over the years, its export performance has lagged behind neighbouring countries, with goods exports concentrated on European markets and low-tech industries. There is also scope to expand Latvia’s participation in global value chains.

The report also calls for Latvia to factor environmental challenges into economic policy, including through making more use of renewable energy to stem the rise in per-capita emissions of greenhouse gases, gradually raising carbon prices (while redistributing the proceeds to less affluent households), phasing out natural gas subsidies and improving inefficient home-heating systems.

TagsLatvia OECD Organisation for Economic Co-operation and Development Economy & Politics Technology & Innovation Covid-19 Latvian Economy The IT Landscape: The Future of IT in Emerging Europe OECD Economic Survey of Latvia