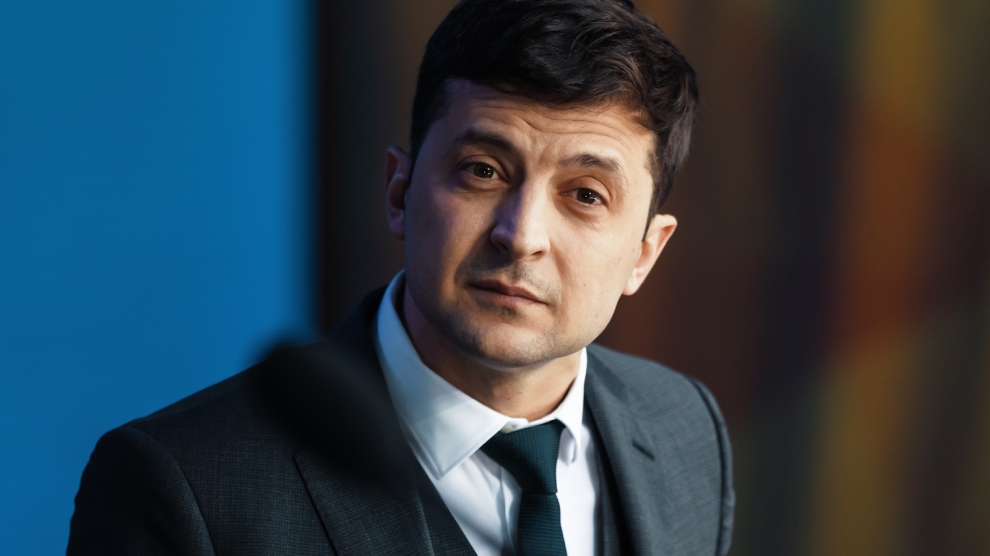 Ukrainian president Volodymyr Zelensky has said that negotiations within the so-called Normandy format, a quadrilateral forum of the leaders of Germany, France, Russia and Ukraine regarding the crisis in eastern Ukraine should be held as soon as possible.

Speaking at a press conference with German chancellor Angela Merkel in Berlin, Mr Zelensky said that the next working meeting of foreign policy advisers within the Normandy format is scheduled for July, but stressed that he also wants the heads of state and government to meet urgently.

In an interview with German newspaper Bild, the Ukrainian head of state underscored that “sanctions are the only lever for the liberation of the occupied territories [of Crimea and Donbass], the restoration of our territorial integrity and sovereignty, and the return of our people,” adding that the sanctions should be expanded if the pressure against Russia does not bring the expected results.

“As long as there is no progress (…), the sanctions cannot be lifted and the sanctions related to Crimea can only be lifted if Crimea returns to Ukraine,” said Mrs Merkel, noting that Germany would make efforts to organise meetings within the Minsk format.

“The only key to peace is diplomatic and sanctions pressure, so I ask you to keep it,” French president Emmanuel Macron told Mr Zelensky on June 17, adding that “France is ready to hold a meeting [Paris] in the Normandy format in order to support the fulfillment of the obligations.” In response, Mr Zelensky noted that he was ready for dialogue, but not with pro-Russian separatists, who are included in Minsk format talks.