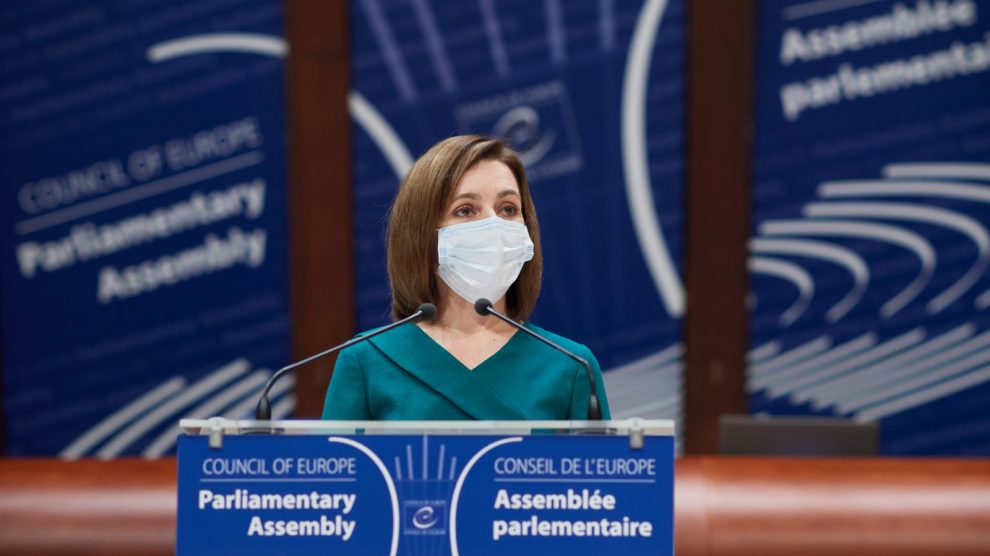 Moldova will hold a snap parliamentary election on July 11.

Ever since she was elected president of Moldova in November last year, Maia Sandu has made little secret of her desire to force an early parliamentary election.

Sandu has long claimed that an election is needed both to end a political impasse that has left the country without a formal prime minister since Ion Chicu resigned on December 23, as well as to, in her words, “elect a parliament that truly represents Moldovans, and a government that will work in their best interests.”

Chicu resigned just hours before Moldova’s current parliament was due to vote on a no-confidence motion, and only a day before Sandu took office.

His government was a shaky coalition of two centre-left parties, the Moldovan Socialist party (PSRM) of former president Igor Dodon, and the Democratic party, formerly led by the oligarch Vlad Plahotniuc who is currently fighting extradition to Moldova from the US on corruption charges. The coalition – which took office in November 2019 – could count on the support of just 51 of Moldova’s 101 MPs.

To replace Chicu, President Sandu twice nominated Natalia Gavriliță, a former finance minister, to be the country’s next prime minister, knowing full well that Gavriliță was highly unlikely to receive the backing of Moldova’s parliament. According to Moldova’s constitution, Sandu can dissolve parliament if it twice fails to approve a new executive.

In February, however, the country’s top court ruled that Sandu had acted unconstitutionally by twice nominating Gavriliță, reasoning that Sandu should have accepted a proposal from 54 MPs (primarily from PSRM) to instead nominate Mariana Durleșteanu, a former Moldovan ambassador to the UK.

Back then, Sandu vowed to stand her ground, saying that, “I have said repeatedly that the only way for Moldova to move forward is to organise new parliamentary elections.”

Moldova then took a step closer towards an election on April 15 when the court appeared to change its mind, ruling that Sandu was free to dissolve parliament.

However, there was a twist: the court added that parliament cannot be dissolved during a state of emergency.

Lawmakers voted to introduce a state of emergency for a period two months on March 31. The move was ostensibly to help the country control the spread of the Covid-19 pandemic, but was widely viewed as a last-ditch attempt by Sandu’s opponents to block the dissolution of parliament and delay a new election further.

Sandu again stood her ground, asking the court to rule on the legality of the state of the emergency itself.

On April 28, the court ruled that the state of emergency was indeed illegal. Sandu immediately dissolved parliament, saying that, “power is now in the hands of people. The fight to clean up our political class, to eradicate corruption, is tough, and the path to a better Moldova is a long one. But we are now heading in the right direction.”

“We are closer than ever to bringing an end to chaos. We have given ourselves the opportunity to do just that. We must be wise in what we choose to do with that opportunity,” she added.

Siegfried Mureșan, an MEP and head of the European Parliament’s Moldova liaison delegation, welcomed Sandu’s decision to call an election.

Her party, Action and Solidarity (PAS), currently has just 15 seats in parliament, although the latest opinion polls (which are, it must be said, never entirely reliable) suggest that it will win the election, with support at an all-time high at between 35 and 40 per cent.