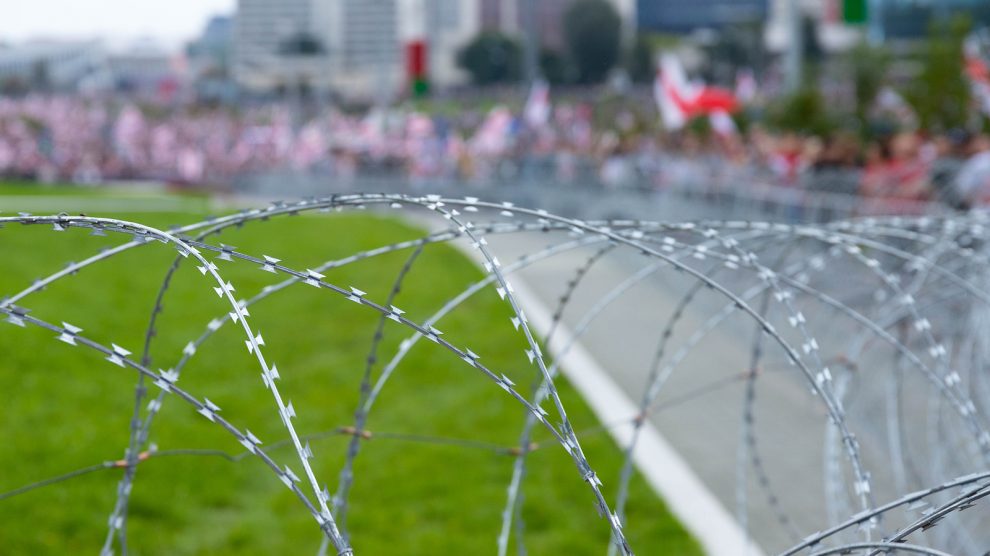 There are fewer democracies in Central and Eastern Europe and Central Asia than at any point in the past 26 years, according to a new report from human rights watchdog Freedom House.

Elected leaders in Central and Eastern Europe and Central Asia are undermining the very institutions that brought them to office, rejecting democratic norms and promoting alternative systems of authoritarian governance, according to Nations in Transit, an annual report on the state of democracy in the region from Freedom House, a US-based, organisation that conducts research and advocacy on democracy, political freedom, and human rights

This year’s edition, Nations in Transit 2021: The Antidemocratic Turn, highlights the extent to which countries like Hungary and Poland, which helped lead the broader transition toward democracy in the 1990s, are showing signs of deepening autocratisation.

These are not anomalies, but part of a systemic shift toward authoritarianism in Central and Eastern Europe and Central Asia that could have global implications. Anti-democratic leaders are learning from one another how to consolidate power and suppress political dissent while avoiding penalties from international institutions, the report claims.

According to the report, the overall strength of democracy in the region has declined for 17 consecutive years, and the number of countries classified as democracies has sunk to its lowest point since the report was first launched in 1995.

No countries changed category this year.

The leaders who have turned toward anti-democratic forms of governance follow similar strategies: Prime Minister Viktor Orbán in Hungary pioneered a model for repressing independent media that has since spread to Poland and Serbia, the ruling parties of Hungary and Poland are both escalating attacks on the LGBT+ community as well as ethnic and religious minority groups, and all are attempting to weaken the rule of law through attacks on judicial independence.

Indeed, the largest decline in democracy score this year occurred in Poland, which suffered the second-largest single-year drop ever recorded.

Turning away from democracy

“The spread of autocracy in Europe and Eurasia has far-reaching implications, not just for the region, but also for the world,” says Michael J. Abramowitz, president of Freedom House.

“Democratically elected leaders are turning away from democracy and creating their own warped realities to consolidate and retain power. Through their successes so far, these antidemocratic regimes are setting an example and fueling the rise of authoritarianism in neighbouring countries. Left unchecked, they have the potential to undermine democracy and legitimize the abuse of power in Europe and beyond.”

In Russia and Belarus, which the report categorises as consolidated authoritarian regimes, repression intensified considerably over the past year. The violent crackdown on pro-democracy protesters in Belarus, the Kremlin’s attempted murder of anti-corruption activist and opposition leader Aleksey Navalny, and the Russian military’s recent show of force along the borders of Ukraine demonstrate the lengths to which these regimes are willing to go to stay in power.

Nations in Transit has documented not only the spread of authoritarianism in Europe and Eurasia, but also a decade of struggling efforts at democratic reform. Armenia, which had previously recorded the largest improvement ever measured in the report, has regressed for the first time since the Velvet Revolution of 2018, while Kyrgyzstan, which had previously made progress toward democratic governance, returned to strongman rule in 2020.

“Authoritarianism is not a purely national problem, but one that can spread to infect entire regions and even continents. European democracies and civil society groups must coordinate in support of pro-democracy movements in countries where authoritarianism is gaining ground. Change must come from within, but to give these efforts a chance and stem the anti-democratic tide, European democracies and their partners must take the field, set an example, and overcome the lie that autocracy is a viable alternative to democracy.”

Reasons for hope are offered by Uzbekistan and North Macedonia, which experienced the greatest democratic progress in 2020.

Bosnia and Herzegovina’s democracy score meanwhile improved for the first time since 2006, owing to a major step forward for local democratic governance: the first municipal elections in the city of Mostar since 2008.