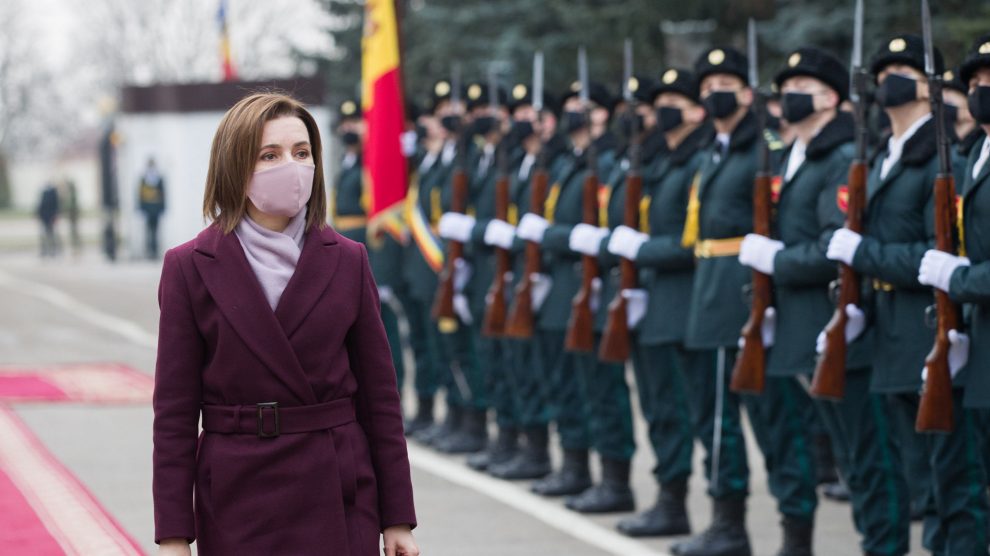 Following her meeting in Brussels on January 18 with Ursula von der Leyen, the president of the European Commission, Maia Sandu  Moldova’s newly inaugurated president – reaffirmed her commitment to a European future for Europe’s poorest country.

According to the Moldovan presidency’s website, “stressed that for us European integration is not an abstract term – it is a work plan to build a state with functional, strong institutions.”

Given Sandu’s exceptional record in opposition, her brief stint as prime minister, and landslide victory over pro-Russian incumbent Igor Dodon in presidential elections on November 17 last year, there is no reason to doubt the president’s sincerity. Yet developments in the case of Moldova’s anti-corruption prosecutor Viorel Morari which have surfaced in recent days may well prove the first test of her term in office.

On January 19, as President Sandu continued her talks in Brussels with European Union Commissioner for Neighbourhood and Enlargement Olivér Várhelyi, Mr Morari was asked to attend a very different sort of meeting. Morari was told that the purpose of the discussion would be to provide evidence – under oath – at the office of Moldova’s prosecutor general, Alexandru Stoianoglo. A source close to the anti-corruption prosecutor has stated that Morari was suspicious of this additional request for evidence.

While ordinarily presidents travel regularly, Covid-19 has grounded foreign diplomacy. Social distancing has also complicated dialogue amongst Moldova’s new reformers, due to the fear that Dodon’s appointees can still intercept information. With Sandu in Brussels, and no way to safely discuss this new request for testimony, Morari attended the meeting. When he arrived he was summarily arrested and placed in detention.

Sadly there was nothing unusual about the treatment of Morari. This is the second time he has been held supra-legally in a regular prison. Since Dodon’s defeat in the presidential election, the Moldovan authorities generated countless charges – in a desperate effort to silence a prosecutor whom the international community holds in respect.

Morari has developed a reputation as a diligent and decent prosecutor, whose pursuit of cases involving high level political corruption make his behaviour anomalous in one of the continent’s most corrupt countries. Morari likely made history, when he become the only anti-corruption prosecutor to investigate cases against both  Dodon, and Vladimir Plahotniuc, the former leader of the Democratic party, and the former president’s sworn enemy.

Both President Sandu and Dodon’s appointees know that this makes for bad media optics, especially on the day of US President Joseph R. Biden’s inauguration. Yet they chose to ignite the ire of the European Union because Morari has overstepped a line.

According to remarks made by Morari to media outlets in Moldova, he was investigating evidence that Stoianoglo’s wife had been made a shareholder in several companies owned, or once linked, to Veaceslav Platon. Mr Platon is a former lawmaker who was sentenced in April 2017 to 18 years imprisonment for fraud and large-scale money laundering in the case known to the media as Grand Theft Moldova – where approximately three million US dollars was stolen from three financial institutions.

Morari meanwhile, remains in prison, and it is now deeply important that President Sandu and the international community demand that he be allowed basic human rights. President Sandu prophesised these events, long before they affected Morari, and others.

Sandu’s courageous opposition to Stoianoglo’s appointment both characterised her short term as the country’s only reforming post-communist prime minister, and led to her removal from office. She was forced to resign in November 2019, as she would not cut deals in smoky rooms with the corrupt officials who dominate Moldovan politics.

Then EU Commissioner Johannes Hahn tweeted that he was “deeply worried” about Sandu’s summary dismissal. He added that “any change to her resolute action to reform the country over the last five months would have severe consequences on EU support”.

On the evening of the no confidence vote in her government, Sandu promised hundreds of protesters gathered in front of the parliament building that, “we will continue the struggle, we will not give up. The struggle is between those who want to control justice and the prosecutor, and those who want freedom and fair justice.”

Viorel Morari took on Sandu’s struggle, and must now be granted the “freedom and fair justice” the new president has promised.

For Moldova to become the functioning European democracy which campaigns for transparent institutions, and which Sandu herself has campaigned so hard for, embassies, and the president herself must support campaigners like the anti-corruption prosecutor too.

Time for Kosovo to secure its true independence
Change and continuity: Kazakhstan and Uzbekistan after Nazarbayev and Karimov
Comment