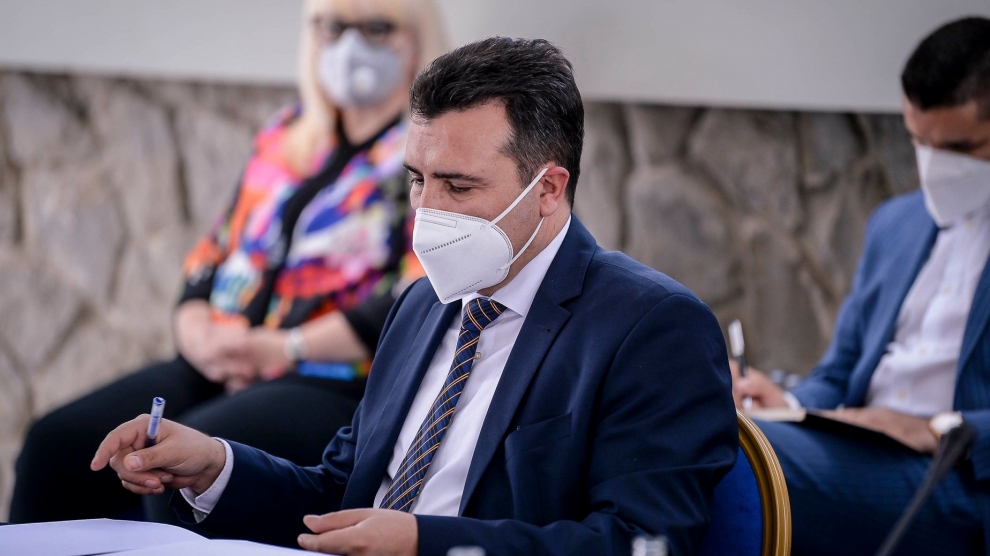 Political parties in North Macedonia have agreed to hold a parliamentary election on July 15, despite the country having yet to fully overcome the coronavirus epidemic.

The election, originally scheduled to take place on April 12, is seen as a crucial step for the country’s European Union membership bid, and will be seen as a test of support for the pro-Western policies of the Social Democrats of former prime minister Zoran Zaev (pictured above), as well as for the Prespa Agreement, which ended an almost three-decades long dispute with Greece over the use of the term ‘Macedonia’ and paved the way for the country’s NATO accession, as well as the opening of talks with the EU.

North Macedonia formally became a member of NATO in March after Greece lifted its veto as part of the Prespa deal.

Mr Zaev called the snap parliamentary election last autumn following a decision by EU leaders to once again delay opening membership talks with his country, having previously said that he would resign if EU member states continued to fail to endorse the recommendation of the European Commission to start the talks.

It was only on March 24 that EU foreign ministers finally agreed to begin accession talks with North Macedonia, as well as Albania. North Macedonia is keen to begin the talks as soon as possible, but the EU has yet to set a start date.

After talks on June 15 with Hristijan Mickoski, the head of the main opposition and nationalist VMRO-DPMNE party, Mr Zaev said the country needed a functional government to deal with the Covid-19 pandemic, fearing a new surge in infections.

North Macedonia currently has 4,157 confirmed cases of the virus, and 193 people have died.

“We cannot bear a bigger crisis than this with a government of technocrats and without a parliament,” Mr Zaev told reporters after his meeting with Mr Mickoski.

Later on June 15, the caretaker government asked the country’s president, Stevo Pendarovski, to reintroduce a state of emergency – lifted last week – for eight days, a legal step that would allow it to adapt election laws and sanitary measures through decrees, in the absence of a sitting parliament.

“The aim is to ensure that snap elections could be held in line with all health safety measures under the conditions of a pandemic,” the government said in a statement.

President Pendarovski quickly agreed, and wrote on Twitter that he welcomed the decision to hold an election.

The election will for the first time be held on a Wednesday, which will be ruled as a national holiday allowing as many people as possible to vote. Polling stations will also be open until 9pm, two hours longer than usual.

Mr Zaev’s social democrats currently hold a small lead over VMRO-DPMNE in opinion polls, but with both parties polling well under 30 per cent, neither will be able to form a government without the cooperation of smaller partners, including the four parties which represent the country’s Albanian community.

Last month, Ali Ahmeti, the leader of the Democratic Union for Integration (BDI), the largest Albanian party, called on Albanians in North Macedonia to unite and elect the first ethnic Albanian prime minister of the country.

Albanians make up around a quarter of the population of North Macedonia, which has an estimated population of just over two million people.

Four things to look out for ahead of Serbia’s parliamentary election
With a presidential election looming large, tough times lie ahead for Belarus
Comment