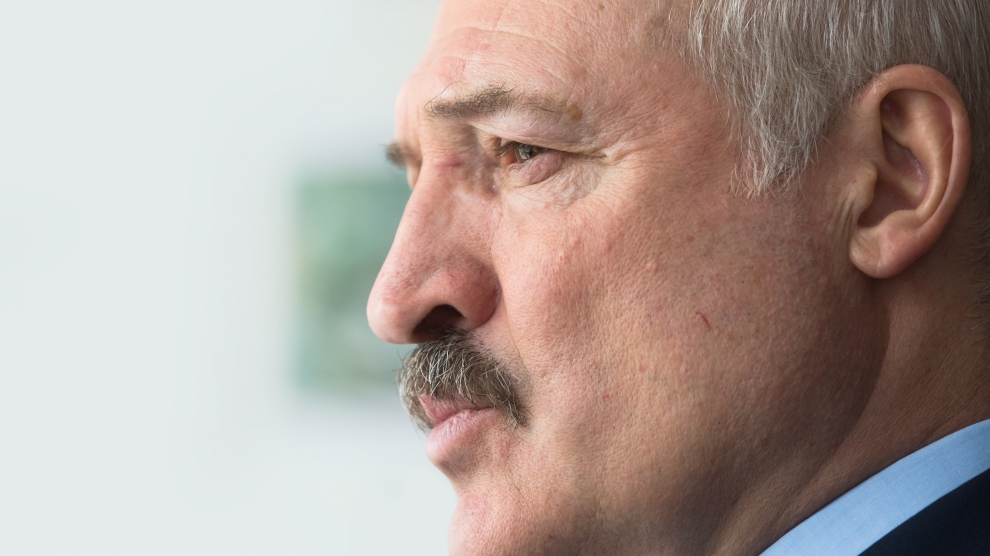 A forthcoming presidential election in Belarus, scheduled for August 9, looks set to be the liveliest since the country secured its independence from the Soviet Union in 1991.

It may also be the most competitive, although there remains little doubt that the incumbent, Alexander Lukashenko, president since 1994, will win a sixth term in office.

Nevertheless, while the election is set to take place amid the usual backdrop of protests, political instability, and the arrest of opposition leaders, some political analysts are suggesting that Mr Lukashenko might face a genuine challenge to his position for the first time.

A lack of independent media and polling make gauging approval for the president difficult. The last credible poll, conducted by a Vilnius-based organisation in 2016, showed it hovering at around 30 per cent.

“Now we have at least two candidates who can throw down the gauntlet to Lukashenko differently but appealingly — through connecting with Belarusian people’s hearts and minds for a new chapter in Belarusian history. Many people have already pinned their hopes on them,” says Alyaksandr Klaskouski, a political analyst.

Those two candidates are Valery Tsepkalo, the former ambassador of Belarus to the United States and former boss of the High Tech Innovation Park in Minsk, and Viktor Babariko, the ex-chairman of the board of Belgazprombank, a bank owned almost entirely by Russia’s Gazprombank and Gazprom.

Polls from what independent media outlets exist in Belarus put the two men, as well as Svetlana Tikhonovskaya, another candidate, ahead of Mr Lukashenko.

Tikhonovskaya is running as a surrogate for her husband – blogger and YouTuber Sergei Tikhanovsky – whose fiercely anti-Lukashenko channel has 180,000 subscribers.

He was unable to run himself due his arrest following a crackdown on opposition figures in May. According to Human Rights Watch (HRW), between May 6 and 13 more than 120 peaceful protesters, opposition bloggers, journalists, and other critics of the government were arrested.

Also, on June 11, the Belarus State Control Committee raided Belgazprombank, ostensibly in connection with possible tax evasion. However, Viktor Babariko told reporters that the real aim was to put pressure on him.

All opposition candidates will need to clear a large hurdle in order to take part — collecting 100,000 signatures in a country of just under 10 million. According to political analysts in the country, Babariko, Tsepkalo, and Tikhonovskaya have the best chance of collecting the necessary signatures. In fact, Babariko has already collected more than 50,000, which puts him on track to meet the June 19 deadline.

With a wave of discontent flooding the country over the government’s poor handing of the coronavirus pandemic, as well as deepening poverty and an unstable economy, opposition candidates have never been better placed to take votes from Mr Lukashenko.

According to data from Johns Hopkins University, there are 54,680 confirmed cases of Covid-19 in Belarus, and 312 people have died. Unlike most of emerging Europe, and indeed the world, the government has not taken any quarantine or lockdown measures. Business, and even the country’s football league, have carried on as usual with Lukashenko famously suggesting that people should “drink more vodka” in order to ward off Covid-19.

According to David Marples, a professor at the University of Alberta and the president of the North American Association of Belarusian Studies, the current election campaign resembles that of in 1994 when it comes to competitiveness and openness.

“What is remarkable, I think, is that people are coming to the streets despite the pandemic, and in spite of heavy pressure from the government with arrests and harassment,” he tells Emerging Europe.

“For the first time also, we are seeing the impact of social media, which spreads information rapidly and is hard for the government to stifle. It suggests that the president is losing some support and authority, but he still has the means to ensure he is re-elected this time.”

The current unrest and instability – Lukashenko sacked the government earlier this month – are likely to have a deep economic impact.

Belarus has posted quite bumpy GDP growth numbers in recent years, with especially bad results in 2015 and 2016 when the economy shrunk by 3.83 and 2.53 per cent respectively.

“GDP is expected to fall by five per cent over the year. We should keep in mind, however, that the tactics applied by Lukashenko are quite familiar: meeting with [Viktor] Sheiman, appointing people with close ties to the KGB, and arresting, threatening and imprisoning opposition leaders,” Mr Marples explains.

Viktor Sheiman was one of the architects of a crackdown of opposition protests after the 2010 presidential election in the country, and is one of a number of senior figures in Belarus subject to and EU travel ban and asset freeze.

Investors in the country are concerned, according to Mr Marples.

“Investors know that the election results are more or less guaranteed and that the campaign is a charade. The bigger concern is privatisation and economic reform. The change of government does not augur well in that respect, but it may be a short-lived cabinet,” he says.

Economic reform has long been a sore spot for Belarus. The country relies on state-owned businesses, with the private sector only making up 30 per cent of the economy.

In recent years, these state-owned companies have posted big losses and accrued massive debt. In 2016, the state provided targeted support by restructuring nearly 2.3 billion US dollars in debt, which analysts at the time warned was only a stopgap measure.

Yet another issue in country is its ambivalence toward Russia and the EU. Belarus is part of the Eastern Partnership (EaP) but it also has a special relationship with Russia, as the two countries form a supra-national union state following a treaty signed in 1998.

Mr Marples believes that the relationship between Lukashenko and his Russian counterpart Vladimir Putin is about to become much more complicated.

“He [Lukashenko] has seen the results of countries choosing to be with Russia (Armenia is one example) and those who try to move away to Europe (Ukraine). He has an electorate much influenced by Russian media and mostly Russian speaking. And despite some clever manoeuvres, he is still dependent on Russian oil and gas supplies at reasonable prices,” Mr Marples says.

The European Parliament’s Foreign Affairs Committee has recently adopted a series of recommendations to foster a more tangible engagement with EaP members, but it remains to be seen what concrete steps will be taken and how that will affect Belarus specifically.

“[Lukashenko] will maintain the dialogue with Europe and keep the western borders open but may have to make some compromises with Russia, perhaps in terms of the proposed Russian air base, currency, and sale of profitable enterprises. Tough times lie ahead,” concludes Mr Marples.