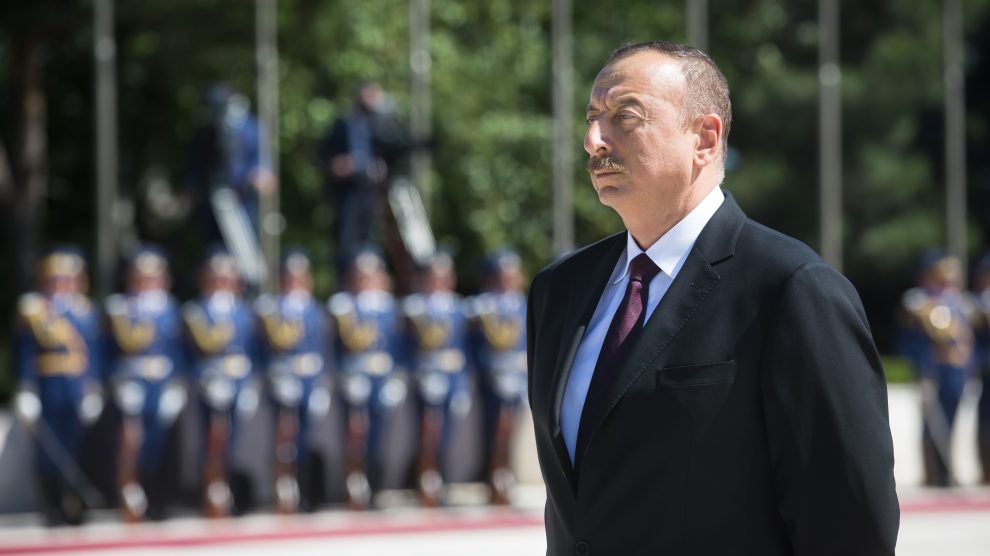 The final report by the OSCE’s Office for Democratic Institutions and Human Rights (ODIHR) on the early presidential election held in Azerbaijan on April 11 recommends that electoral legislation be revised through a genuine participatory and consultative process, well in advance of the next elections. The aim should be to bring legislation in compliance with international standards and obligations, guarantee constitutionally protected rights and freedoms, eliminate gaps and ambiguities and address previous ODIHR and Council of Europe recommendations.

The April election, the first since a 2016 constitutional referendum, which extended the presidential term from five to seven years, saw incumbent Ilham Aliyev re-elected president for a seven-year term with more than 86 per cent of the vote.

The report, published on July 18, also recommends that a thorough and independent investigation of election day irregularities be conducted. This should include a review of web camera footage, where available, signed voter lists and valid and invalid ballots.

Noting a number of campaign events where public sector staff appeared to be coerced to attend by party officials or police, the report also recommends that election campaigning be conducted in an atmosphere free from intimidation and fear of retribution, and that the authorities and political parties refrain from pressuring public sector employees and others.

The report also recommends that defamation and libel be decriminalised, including for online content, that the judiciary be given the exclusive power to decide on restriction of access to websites, and that a list of such sites be made publicly available.

Other priority recommendations relate to the development of comprehensive instructions regulating voter list verification, lifting educational and residency requirements for candidacy, and eliminating unnecessary restrictions for holding a public gathering.

The report affirms ODIHR’s readiness to support Azerbaijan in its efforts to bring electoral legislation and practice into compliance with OSCE commitments.