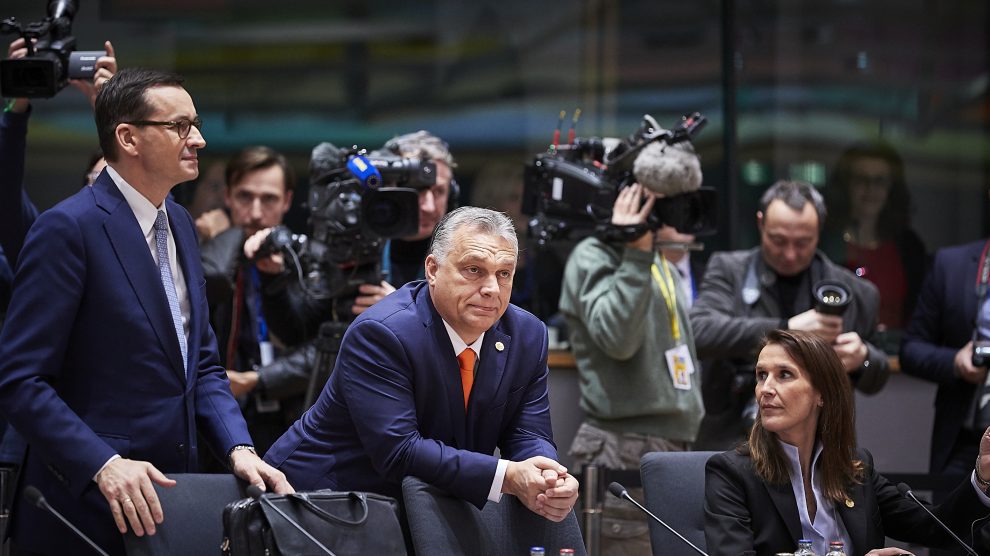 Hungary’s premier may have won a fourth consecutive election victory, but his Russian policy is costing him allies. Poland’s most powerful politician, leader of the ruling Law and Justice party (PiS), Jarosław Kaczyński, said this month that if Orbán “cannot see what happened in Bucha, he must be advised to see an eye doctor.” Polish President Andrzej Duda echoed the criticism.

Vladimir Putin did his best to put a menacing spin on Russia’s testing of a new intercontinental ballistic missile on Wednesday. The Russian President said the successful launch of the “Sarmat” ICBM – nicknamed the “Satan II” in the West and capable of delivering multiple nuclear warheads as far as the continental United States – would “give thought to those who are trying to threaten Russia.”

How to seek justice for rape in the war on Ukraine

Whether women (and men too) speak out about sexualised violence in any context depends on a number of factors, including culture and religion, the existence of an infrastructure of documentation and investigation, and the extent of medical and psychosocial support for survivors.

The Russian invasion of Ukraine has brought immense suffering to the people of that land, while sparking calls for increased military spending in both the United States and Europe. Though that war may prove to be a tragedy for the world, one group is already benefiting from it: US arms contractors.

The remaking of the Armenian-Azerbaijani peace process

The Armenian-Azerbaijani peace process is moving rapidly into uncharted and unpredictable waters. The continuing fallout from the war between the two sides in 2020 has been further complicated by the invasion of Ukraine by Russia, which brokered the end of the 2020 war and deployed peacekeepers to Nagorno-Karabakh. Potentially significant shifts in power and influence are unfolding among the many actors seeking to mediate a settlement of the decades-long Karabakh conflict.

We forced the Russians back from Kyiv. Now we’re braced for what comes next

At the start of the war, the streets of Ukrainian cities emptied. So when strangers meet now they say hello, and when you come across someone you know, even a distant acquaintance, you hug each other.

Regardless of how the Russian war in Ukraine ends, getting justice for human rights abuses suffered during the conflict will inevitably be a long and painful process for those who survive to tell of the atrocities they witnessed. That’s the message from survivors of Bosnia’s 1992-95 internecine war, who have dedicated the ensuing years to the re-telling and re-living of their trauma in hope of bringing those responsible to justice and setting the historical record straight.

What does the West want in Ukraine?

In principle, success from the West’s perspective can be defined as ending the war sooner rather than later, and on terms that Ukraine’s democratic government is prepared to accept. But just what are those terms?

The warped mind behind Russia’s war

In 2014, a Foreign Affairs article described Russian philosopher Alexander Dugin as ‘Putin’s brain’. At the time, it seemed a fitting epithet. The then 52-year-old Dugin was championing Russia’s annexation of Crimea and urging on the further conquest of the Donbas in eastern Ukraine. Superficially, at least, he seemed to be uncannily in tune with the Kremlin.

Russia’s invasion of Ukraine has prompted an unprecedented wave of global sympathy, support and revulsion. A catastrophe is currently unfolding on the world’s TV screens as Vladimir Putin’s armies lay waste to towns and cities across the eastern European country. Yet frustrations remain among Ukrainians who believe that, despite the rolling news coverage, some things are just not getting through to those watching from abroad.