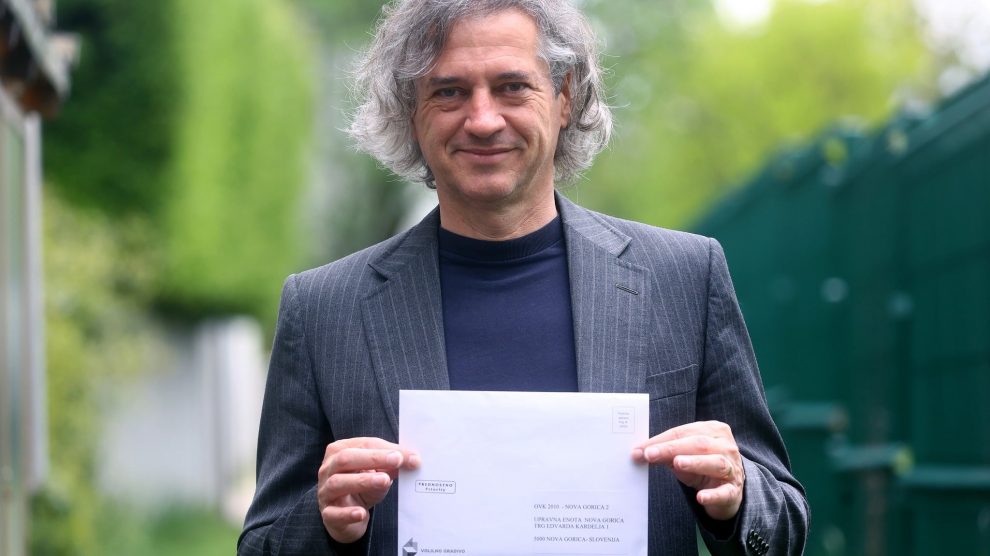 The Freedom Movement of Robert Golub, which campaigned on a platform of green energy, media freedom and rule of law, has ousted the populist Slovenian Democratic party of erstwhile PM Janez Janša.

With much of the world’s focus this past weekend on events in Ukraine and the French presidential election, a political earthquake in Slovenia went largely unnoticed.

On April 24, the same day that French voters returned Emmanuel Macron to the Élysée Palace for a second term in office, Slovenians were voting in a parliamentary election that the Slovenian Democratic party of Janez Janša, the current populist prime minister, had been expected to win.

Instead, Slovenians turned in large numbers to a new political party, the Freedom Movement (GS) of liberal Robert Golob, which launched only in January.

GS, which campaigned on a platform of transitioning to green energy, an open society and respect for the rule of law, took around 34.5 per cent of the vote compared to 23.5 per cent for Janša’s Democrats, although the newcomers – expected to take 41 seats in the 90-seat parliament – are unlikely to be able to form a government without looking to Slovenia’s smaller parties for support.

The Social Democrats and the Left party are Golub’s most likely coalition partners.

“People really want change,” Golob, an entrepreneur with little experience in politics, said, declaring victory via video link from his home where he was isolating after testing positive for Covid-19. “Today people are dancing, but tomorrow a new day begins. Tomorrow we’ll start working hard.”

For Janša, who took office in 2018, the result almost certainly ends a colourful and often controversial political career.

In February 2021, the Slovenian government’s communication office suspended payments to STA, which many in the country viewed as an attack on the editorial independence of the agency.

In its latest Freedom in the World report, Freedom House, an organisation that conducts research and advocacy on democracy, political freedom, and human rights, said that while political rights and civil liberties are generally respected in Slovenia, the Janša government had throughout 2021 continued attempts to undermine the rule of law and democratic institutions, including the media and judiciary, and that corruption remains an issue.

During his time in office, Janša earnt himself the nickname “Marshall Twito” for the way in which he made use of the social media platform Twitter to attack opponents and make baseless claims, such as a bizarre post congratulating Donald Trump on his reelection as US president when it was already clear that Trump had been defeated by Joe Biden.

Janša’s loss leaves Hungary’s Viktor Orbán increasingly isolated within the European Union. The pair, both staunch eurosceptics, had been close, with Slovenia’s clampdown on the media often described as “Hungary-like”.

Nevertheless, unlike Orbán, who has been reluctant to offer anything except the most perfunctory support for Ukraine as it defends itself from Russia’s invasion, Janša has taken a hardline approach towards Russia and its president, Vladimir Putin – he was one of the first international leaders to visit Kyiv following Moscow’s invasion on February 24.

“The results are what they are,” Janša said after the first results of the election were published, highlighting his government’s work.

“Many challenges lie ahead for the new government, whatever it may look like, but the foundations are solid.”

Slovenia’s economy is expected to grow 3.7 per cent in 2022, the International Monetary Fund (IMF) said last week, lowering its forecast for a 4.6 per cent increase made in October. In 2021, the country’s economy expanded by 8.1 per cent.

The IMF also expects average consumer price inflation of 6.7 per cent in Slovenia in 2022, accelerating from 1.9 per cent last year.