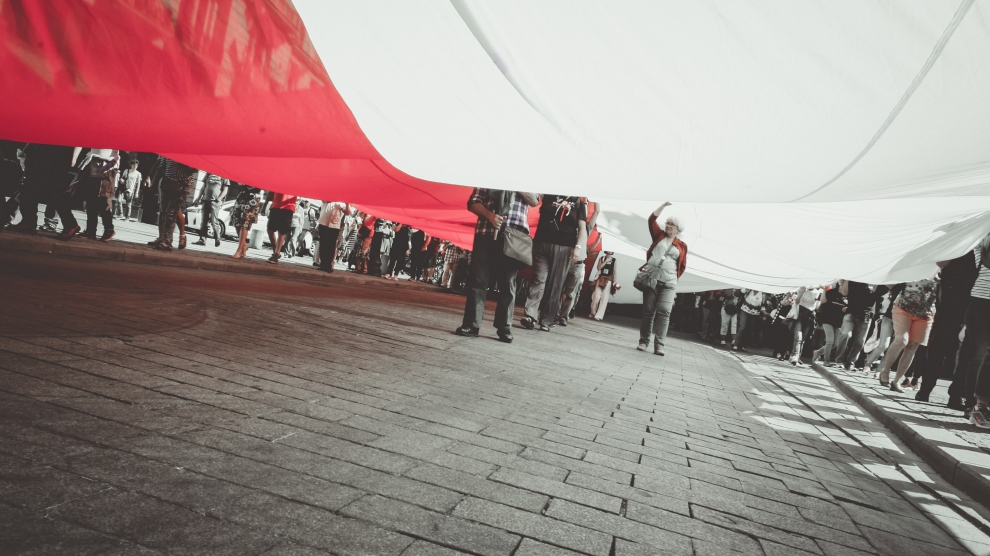 Over the last three decades Poland has become the most successful economy in Europe. Since 1989, the country has increased its GDP per capita by almost 150 per cent, while the Czech Republic grew its income by only three-quarters; Hungary by barely a half; and the eurozone by less than 40 per cent. In PPP terms, Poland’s GDP per capita grew even more, from 10,300 US dollars in 1990 to more than 29,000 in 2019 (in 2011 constant dollars).

In 2019, according to the International Monetary Fund, GDP per capita was also higher than Portugal and amounted to 33,891 (PPP, international dollars), having overtaken Greece, another older EU member state, four years earlier.

In September 2018, Poland hit another milestone with its promotion to ‘developed market’ status in indices run by FTSE Russell, becoming the first country in Europe to make the step up and the first country in the world to be awarded such an upgrade in almost a decade.

However, the resilience of a country’s economy is currently being tested by the impact of the coronavirus pandemic. So far, the government’s intervention has been modest, with its 70 billion zloty (or 15.3 billion euros) ‘economic shield’, mostly aimed at companies and including deferred tax and social security payments, as well as direct payments to the employees of business (SMEs in particular), amounting to just three per cent of GDP. This compares poorly with neighbouring Lithuania, where the government has pledged economic support totaling 10 per cent of GDP, or Germany, which is spending almost 20 per cent of GDP propping up the economy.

Poland certainly knows all about deep recessions: in 1991, it suffered one of emerging Europe’s worst post-communist economic contractions, of 7.2 per cent.

If there is a country in emerging Europe whose economy is resilient enough to cope with Covid-19, then Poland is it – it was the only European country that continued growing after the global financial crisis – and it should be watched closely by all in the region over the coming weeks and months.

As a person who holds both a British and a Polish passport (my last name clearly suggests a Polish background), travelling extensively across eastern Europe and beyond, I’d like to pay special attention to how the country’s last three decades are seen by both political and business leaders, as well as ordinary people in various countries.

Is Poland a success story and a role model that countries look up to? Is the country a loyal and reliable partner in the region? Is Poland an advocate and spokesperson for eastern Europe? Does it benefit from its dominant position due to its size? Aren’t Poland’s abilities and role perhaps overstated? And finally, does biggest also mean best, and most important?

The reactions of the people I have spoken to over the years have shown a wide spectrum of emotions and opinions, from admiration to severe criticism, so I recently asked a number of experts about how they feel about Poland’s current and future role in the region and the world.

Jan Mládek, a Czech economist and a former minister of industry and trade, says that Poland tries to dominate other countries and offers the Visegrád Group as an example.

“We need a platform to push the interests of Central European countries, and the V4, under the assumption that it will stay in the current format, is such a platform – but from the Czech perspective Poland does not always help run it,” he put it diplomatically.

[Poland] “is not dominating the other countries,” I hear from Wojciech Przybylski, editor-in-chief of Visegrad Insight and chairman of the Res Publica Foundation. “It has the highest GDP total but similar dynamics. Except for internal consumption and size, it is like other countries of the region.”

“Poland is large but how much political sway does it have?” I ask Christopher Hartwell, professor at the Department of International Management at Kozminski University. “Not much with the current government, unless one thinks of their kindred spirits in Budapest,” he says. “With the EU, Poland has much less sway than it used to have. But it still is important in the region and especially for countries beyond the EU frontier, such as Ukraine. Here, Polish words matter.”

“The Polish-Ukrainian strategic partnership has no alternative, despite the existing problems in understanding and interpretation of history,” says Yevhen Mahda, a Ukrainian political analyst and the executive director of Kyiv’s Institute of World Policy, who adds that Poland is Ukraine’s advocate.

Bedzina Lebanidze, a senior analyst at the Tbilisi-based Georgian Institute of Politics, says that Georgia expects Poland to support its NATO and EU bid more than from other European countries. “Perhaps after, or together with, the Baltic states, Poland is viewed as the most loyal and trusted ally of Georgia in the Euro-Atlantic community and worldwide, regardless of who is in charge in Poland,” he tells me.

“Poland is seen as a major partner and voice of those EU countries who joined during the latest enlargements, especially within the ‘friends of cohesion policy’ group and negotiations for the EU’s next multiannual financial framework 2021-2027,” says Yasen Georgiev, executive director of the Sofia-based Economic Policy Institute.

Time to look beyond the country’s borders

“In the first 25 or so years after communism, the main focus of successive Polish governments was to attract FDI into Poland,” says Richard Stephens, founder and editor of Poland Today. “The main aim of Polish businesses was to grow their market share within the country. In recent years, however, the present regime has encouraged Polish businesses to venture out into the world and many have done so. But even the largest Polish companies have found that – relatively speaking, and to most of the world – Poland is seen as a fairly small country, which doesn’t help their business case. So Polish state-owned companies are now looking at leveraging a more regional clout.”

Christopher Hartwell tells me that compared to Slovakia or Hungary, Poland is more developed in terms of its customer service, its outreach, its business nous, and perhaps even organisation and corporate governance.

“The Czech Republic comes close but is a much smaller market and thus it doesn’t have the same absolute heft that Polish businesses do in the region. That said, there is always room for improvement, especially in selling the Polish brand abroad to more than just Polish expats, and outward foreign direct investment from Poland has always been painfully small — up to eight times smaller in recent years than its inward FDI.”

Wojciech Przybylski agrees that Polish business is robust. It is different in the case of “the large public sector that has recently been politicised and its capitalisation is going down. For example, at the end of February, DC Project, an IT company that produces video games, globally known for The Witcher, surpassed top public company PKN Orlen in terms of market capitalisation,” he adds.

Christopher Harwell believes international companies are looking for good infrastructure, easy transport links to other capitals and regions, and the ability to attract expatriate expertise.

“Poland has a big advantage that Slovakia, Hungary, and others do not have. Probably only the Czech Republic, again, comes close,” he says.

Wojciech Przybylski agrees that such companies tend to pick Warsaw. “Mostly due to the previous government’s ambitious EU policy, but decisions are still often made away from the region, at EU level,” he adds.

Is all that enough for Poland to continue as a Central and Eastern European success story and a future regional leader?

When I ask Jan Mládek which country is an example of a truly successful transformation he immediately points to Estonia. “We all in Central Europe had a relatively good start in 1989 and Estonia was a post-Soviet republic in very bad shape. They have been very committed and that has brought great results.”

The lesson that Poland could learn from Estonia is how to embrace technology and digital transformation.

It’s critical to look at the global situation and the massive changes that are taking place due to the development of technology. The digital revolution is starting to have an increasingly larger impact on civil liberties and results in technologies, such as Artificial Intelligence or Big Data becoming the most important tool in managing people’s imaginations.

So instead of focusing the public debate on investments in education in order to prepare all Poles for those irreversible changes ahead, the discussions in Poland are short-sighted and concentrate on political struggles, satisfying basic needs and glorifying the past.

“Policies such as a lower retirement age and “Family 500+” child benefits have affected the supply of labour, in the context of a shrinking working age population, linked to ageing,” says Filip Kochan, acting country manager at the World Bank in Poland. “A constrained labour supply and ensuing labour shortages may limit potential GDP growth and could weigh on investment in the long run.”

There will be no Polexit

There is an upside risk to the general government deficit, given spending commitments made in the run-up to the 2019 election. The controversial judiciary reform which resulted in a rule of law violation and the government’s strictly confrontational strategy with the EU Commission adds to it from a political viewpoint.

“These are all somewhat contributing to the fact that currently, Poland’s political weight in the EU is less significant than the country’s economic weight,” says Edit Zgut, a Hungarian political scientist and a guest lecturer at the Centre for Europe of the University of Warsaw.

“Under the current government Poland is losing attractiveness and therefore missing opportunities,” Wojciech Przybylski tells me.

However, fears that Poland may leave the EU have been overplayed. I will never forget what Günter Verheugen, the German politician who served as European Commissioner for Enlargement from 1999 to 2004 told me at the Emerging Europe Awards in 2018: “Don’t worry about Poland leaving the EU, despite the government’s rhetoric. No country has fought harder for its freedom than Poland. They are not going to give it away.”

Globetrotter Francis Tapon, in his book The Hidden Europe: What Eastern Europeans Can Teach Us, writes that although Poland’s confidence is rising, it’s still uncertain about its future. “The title of their national anthem, Mazurek Dąbrowskiego, is revealing. [Its first line] means ‘Poland Is Not Yet Lost’. Notice the ‘Yet’ word—it’s as if they knew, subconsciously, that someday Poland would once again be overrun by invaders.” Or coronavirus, perhaps?

In his speech at Davos this year, futurist Professor Yural Harari talked about investing in data and knowledge. “When you have enough data, you don’t need to send soldiers to control your country. [If no action is taken], artificial intelligence will create immense wealth in a few high-tech hubs while other countries will either go bankrupt or will become exploited data colonies.”

Could that be what the Polish national anthem foresees?

Murderer of Ján Kuciak sentenced, but the case that changed Slovakia is far from closed
Coronavirus in CEE: The tighter the lockdown, the lower the number of infections
Comment