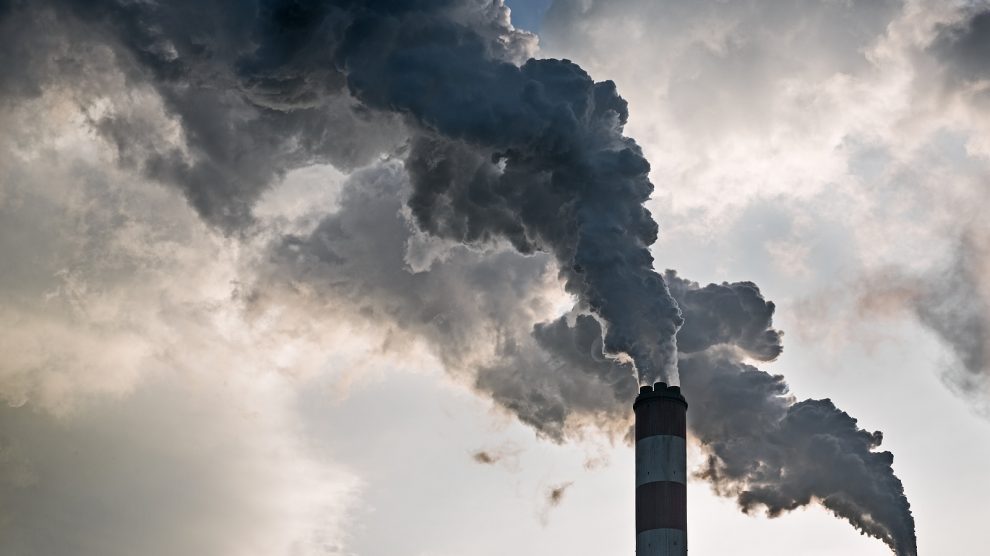 Polish authorities claim that they are prepared to close Europe’s most polluting power plant by the end of 2036. Not soon enough, say environmental campaigners.

Poland’s Łódź region has announced that the European Union’s most polluting coal plant, Bełchatów, will close by 2036 and its mines by 2038.

The news is contained within the region’s Territorial Just Transition Plan (TJTP) which must be submitted to the European Commission in order to access the EU’s 17.5 billion euros Just Transition Fund.

Bełchatów’s owner, the state-owned energy giant PGE, also planned to excavate a new mine at nearby Złoczew, but this too now lies in tatters according to the TJTP, though PGE is yet to withdraw its application for a licence for the project.

“PGE has spent years denying the reality of coal’s flailing prospects, and fighting those seeking to clean up our air and protect our climate and water. The announcement confirming the closure of the EU’s most toxic coal plant and the mines that feed it shows that it is slowly beginning to grasp reality,” says Zala Primc, a campaigner at Europe Beyond Coal.

“PGE and the Polish government should be under no illusion: Bełchatów and every other coal plant in Poland has no future beyond 2030. They need to start planning a fair transition for workers and local communities.”

Bełchatów has pumped more than one billion tonnes of CO2 into the atmosphere since 1982.

Under the draft plan, lignite-burning at Bełchatów would be reduced by 80 per cent by 2030 and stopped outright by 2036: not soon enough, say environmental campaigners.

“PGE wants to spin this announcement as an example of it helping the Łódź region to access the EU Just Transition Fund. In reality, Bełchatów’s closure is being forced upon PGE by coal’s demise and will inevitably come this decade, not the next,” says Joanna Flisowska, head of the climate and energy unit at Greenpeace Poland.

“PGE needs to stop misleading local communities and focusing on greenwashing and instead prepare a plan to close all of its coal plants by 2030 the latest.”

As for PGE’s Złoczew mine project, Flisowska says “that was never going to fly”.

“Unfortunately, Bogatynia, another coal region in Poland, has not been as lucky as Łódź and will miss out on hundreds of millions of euros in EU Just Transition Funds because PGE secured an extension of the mine’s licence from the Polish government to 2044,” she adds.

The Polish government and the country’s trade unions on May 28 signed a deal to reform the mining industry, agreeing to maintain hard coal mining operations until 2049 with state aid to be granted to fund the operations of unprofitable state-owned mining companies.

The document ensures public funds to finance severance and bridge instruments for laid-off miners as well as energy transformation aid for the southern Silesia region.

In 2020, the share of coal in Poland’s energy mix fell to 65 per cent, down from an average of over 80 per cent across the last decade.

The deal still needs the European Commission’s approval, however, as it involves state aid. The Commission is currently examining the climate impact of state aid in order to align competition rules with the European Green Deal and its goal of reaching climate neutrality by 2050.

On June 9, a day after the Bełchatów announcement, the European Commission said it would take part in Czechia’s lawsuit against Poland at Europe’s highest court over the expansion of the Turów open-pit brown coal mine in Bogatynia near the border between the two countries.

The Czech government brought the case against Poland saying the mine’s expansion was damaging communities on its side of the border.

Several environmental groups have claimed that the Turów mine is endangering access to safe drinking water for thousands of families on the Czech side of the border as well as causing subsidence that could damage houses around the German city of Zittau.

The Commission said in December 2020 that Poland had committed some infringements of European Union law that Czechia had claimed in the case. Those included incorrectly applying EU laws requiring it to consult the public and neighbouring countries over extending the life of the mine.

Last month, the European Court of Justice ruled that the mine, whose accompanying power plant generates around seven per cent of Poland’s energy, must cease operations immediately while the court processes the Czech lawsuit.

Poland has nevertheless so far refused to comply with the ruling.

The two sides are currently attempting to negotiate a settlement.

Meanwhile, five individuals in Poland are taking the government to court over its alleged failure to protect them from the impact of climate change, the first such litigation in the coal-reliant country, legal charity ClientEarth said on June 10.

The claimants include a farmer, a plant wholesaler, an ecotourism business owner, parents and a youth climate campaigner, all impacted directly by the intensifying weather events the country is seeing as climate change worsens.

Three of the legal cases were launched on June 10 – with two further cases launching later this month.

“These lawsuits make it very difficult for leaders in Poland to ignore the serious effects of climate change in their country,” says ClientEarth lawyer Sophie Marjanac. “The Polish Government must guarantee people the right to a healthy environment and the right to live in a safe and stable climate – it has a legal duty under its civil code and under human rights law to do so.”