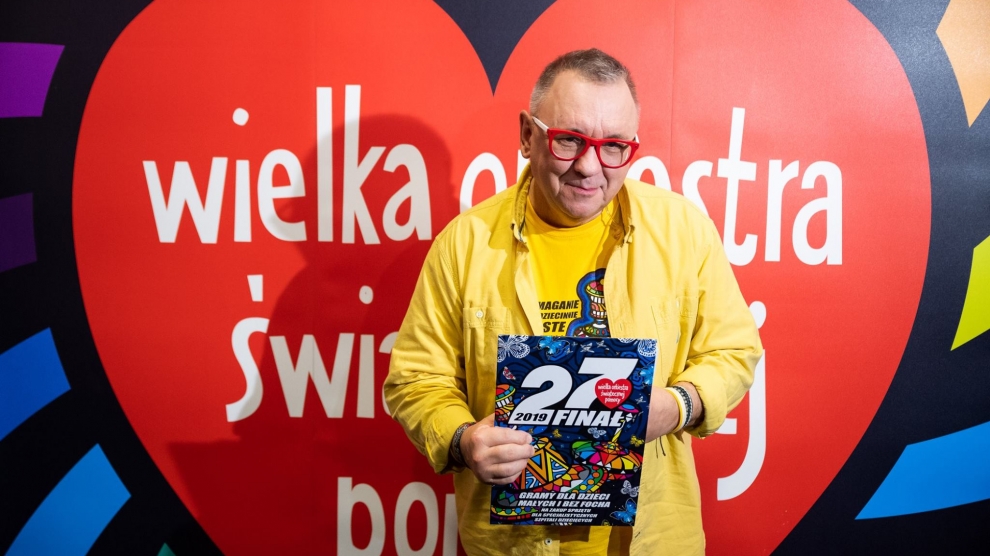 Following the death of the Gdańsk mayor, Paweł Adamowicz, stabbed on January 13 at an event organised by the Great Orchestra of Christmas Charity (WOŚP), the organisation’s head and founder, Jerzy Owsiak (pictured above), has announced his resignation.

“I am stepping down, but the foundation will continue working,” said Mr Owsiak following the announcement of Mayor Adamowicz’s passing. “It is said today that we use hate speech. The mayor was killed because we are co-authors of what had happened. I have nothing else to say. […] It happened at an event that is so close to many Poles’ hearts.”

The charity, which was set up in 1993, assists children’s hospitals and is regarded as the most popular fundraisers in the country. In 2018, WOŚP raised over 126 million zloty (about 30 million euros).

Every year thousands of volunteers roam the country’s streets with donation boxes. Those who donate receive a red heart sticker. The largest sums go to maternity wards, helping improve medical care for sick and premature new-borns. In addition to paediatrics, the foundation has also been donating to geriatric care over the past several years.

However, the last three years — since the ruling Law and Justice (PiS) took office – Mr Owsiak has been under a lot of criticism. A rock musician, radio host, journalist and the founder of Przystanek Woodstock Festival, Mr Owsiak has been criticised by the conservative media for his openness to discussing abortion and euthanasia. Gazeta.pl recently claimed that he deprives conservative politicians of their monopoly on moral superiority, generates positive emotions, is able to attract massive crowds to do good and is a serious alternative for the Catholic Church in Poland.

This year marked the 27th anniversary of WOŚP, and it was not without controversy either. The most recent being a Claymation cartoon which aired on public broadcaster TVP Info, depicting Mr Owsiak handing money over to a politician.

“I am not Chapayev [a Soviet hero], a politician or Superman, so that after such a hideous film that would try so incredibly to discredit me and the charity, I could just as easily whistle merrily and do my own thing. It hurts because I am from a generation who saw how easy it was to hurt someone and write what comes to people’s minds about them,” commented Mr Owsiak

He added that films such as these are seen by his loved ones, including his grandchildren. “Never in my life would I want anyone to face the kind of poison that this film has brought into my life,” stated Mr Owsiak.

As German daily Deutsche Welle, wrote: “The conflict between WOŚP organisers and PiS has been smouldering since 2015. Polish embassies are no longer allowed to participate in its fundraising activities, and neither is the military, which in the past donated flight simulator classes. ‘Officials who participate should hand in their notice the next day,’ a PiS lawmaker warned.”

After Mr Owsiak announced that he will be leaving the foundation, people across Poland have taken to social media, shocked by the news, and organising petitions in support of Mr Owsiak remaining at the helm of WOŚP. Two hashtags have been created #jurekzostań (Jurek Stay) and #MuremZaOwsiakiem (Wall behind Owsiak).