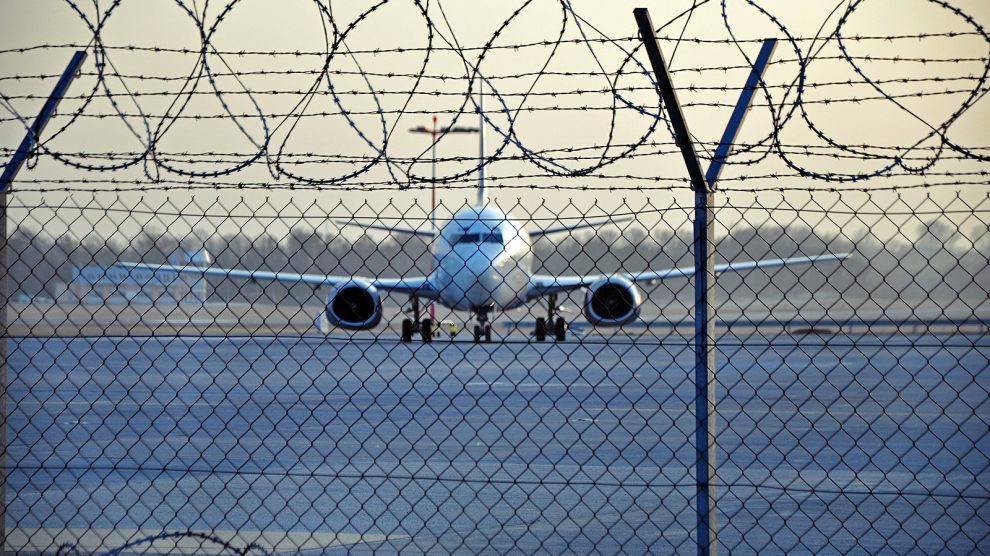 In the absence of passengers, a Polish city has plans to sell its airport and create a logistics hub.

After years of underperformance that have cost local taxpayers tens of millions of złoty, the Polish city of Łódź has placed its airport up for sale.

Practically nothing is right. The airport has been reduced to just one just scheduled route – to London Stansted, operated by Ryanair. Due to the coronavirus pandemic, even this route is currently suspended.

As a solution to the airport’s longstanding financial troubles, the city’s officials are now hoping it could become a transport and logistics hub with the help of investment from Asia.

“Łódź can be a window to Europe for the countries of the Far East… [a] cargo logistics hub [would] give huge impetus for the city’s development and create new jobs,” says the city’s major Hanna Zdanowska.

For now, however, there are no concrete plans or even a timetable for the sale. Municipal leaders will also have to seek the support of local councillors for their plan to sell the city’s 95.5 per cent stake in the airport.

A statement from Robert Kolczyński, the head of the council’s strategy and development department, indicates that the city would like to retain a measure of control over the airport.

“We don’t want to get rid of all the shares. We can sell the investor a minority or a majority share package, but leaving ourselves golden shares to allow us to block key elements,” he said.

Airport CEO Anna Midera says that she supports the decisions, while noting that the airport’s losses decreased by 30 million złoty (6.6 million euro) in the four years that she has run the company.

In November last year, it was reported that the airport had actually suffered smaller losses during the pandemic than it had when it was operating normally during 2019.

In 2016, a Reuters investigation named Łódź one of Poland’s ‘ghost’ airports. These airports were built or supported by a large amount of EU funding but serve less than one million passengers yearly. In addition to Łódź, Rzeszow and Lublin were also mentioned.

Between 2007 and 2013, according to figures that were supplied to the news agency by the European Commission, Poland received 615.7 million euros in EU support for airports, twice as much as the next biggest recipient — Spain.

However, it seems that some of the plans of local Polish governments may have been too ambitious. For Łódź, it was certainly so, as projected passenger numbers fell short by about one million once the terminal was rebuilt in 2013. The consultancy firm Ernst and Young predicted a minimum of 1.042 million passengers. According to Reuters, the actual number was 353,633.

This number had further decreased by 2018 to only 217,000. The more successful Kraków airport, on the other hand, saw a record 6.77 million passengers that same year.

With the number of passengers and routes steadily decreasing and losses covered by the taxpayer, city officials seem to have now decided that enough is enough.

But, Mr Pustelnik admitted that pivoting Łódź to a logistics hub won’t be an easy task.

“We are aware that such an operation has only succeeded in a few places and it will be very hard to do it… The risk of failure is huge, but we simply must accept the challenge,” he says, additionally citing German and Dutch examples of logistics hubs as examples for Łódź to emulate.

Despite the troubles some airports in the country have had and the uncertain future of air travel in the wake of the Covid-19 pandemic, the Polish government still has very ambitious plans when it comes to aviation.

The Solidarity Transport Hub, planned for the centre of the country and which will combine a huge new airport with railway interchanges and road connections, is a 2.2 billion euros project on which construction is due to begin in 2023. It it set to be completed in 2027.

This however could spell further trouble for Łódź, as the new mega airport will be located halfway between the city and the capital Warsaw.

For now, the future of the Łódź airport is uncertain, as the plans to sell it off and turn it into a logistics hub are still essentially at the idea stage.