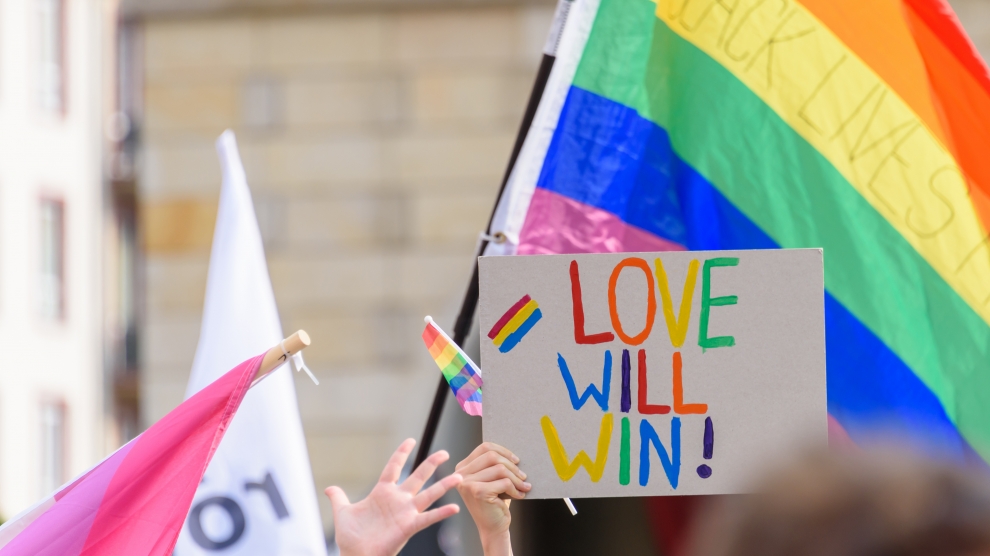 Just as Poland calls for the protection of free speech, three Polish women face trial – and the risk of up to two years in prison – for blasphemy.

A court in Płock, Poland, will this week hear the case of three LGBT+ activists accused of “offending religious feelings by insulting an object of religious worship”.

Ironically, the trial comes just three weeks after Justice Minister Zbigniew Ziobro proposed new legislation that would see social media companies fined up to 1.8 million euros for removing posts that are “legal”. The bill also creates a special Court for the Protection of Freedom of Speech within one of the district courts.

Furthermore, on January 11, in an interview with the conservative daily Nasz Dziennik, Adam Andruszkiewicz – a state secretary in the chancellery of the Polish prime minister, Mateusz Morawiecki – said, while commenting on Twitter’s decision to permanently suspend the account of US President Donald Trump: “The technological giants have crossed a line. The events in the US were a signal that cannot be ignored. The freedom of speech has to be secured in Poland.”

In April 2019, Elżbieta Podleśna and two other activists – known only as Anna and Joanna – put up images of the Virgin Mary with a rainbow halo in protest at what they called the “exclusion of LGBT+ people from society” by the country’s Catholic church. The images were placed around the city of Płock in reaction to an Easter display which featured slogans about crimes or sins. Listed among the sins were “gender” and “LGBT”.

At the time, the Jasna Gora Monastery in southern Poland, where the image of the Black Madonna of Częstochowa — the one was used in the activists’ picture — is kept, said that the altered images had caused “great pain”.

Poland’s then interior minister, Joachim Brudziński, wrote: “All that nonsense about freedom and ‘tolerance’ does not give anyone the right to insult the feelings of the faithful”.

‘Drop the charges and amend legislation’

Podleśna was arrested in May 2019, following her return from a trip to Belgium and the Netherlands with Amnesty International. Police seized her laptop, mobile phone, and memory cards during a search of her home. She was held and questioned by police for several hours, but was released pending a full investigation.

She – along with the two other activists – were formally charged in July this year under Article 196 of Poland’s criminal code, which states that a person may not “offend the religious feelings of others by publicly insulting a religious object or place of worship”. The offence carries a maximum sentence of two years in prison.

They also believe that the Polish authorities should amend legislation to bring it in line with international and regional human rights standards and abstain from using it against activists to unduly curtail their right to freedom of expression.

This looks unlikely in the current Polish political climate. In October, the country’s highest court ruled that abortion on the grounds of fetal defect was unconstitutional, while just this week parliament passed legislation that allows pharmacists to refuse to sell contraception.

According to Human Rights Watch, the case against the three women is not unique but an example of the repeated harassment activists and human rights defenders face simply for carrying out peaceful activism in Poland.

“They deserve to be praised, not taken to court for their activism,” says the organisation.

To date, around 140,000 people have joined an international campaign urging Poland’s prosecutor general to drop the charges.

“Given the complete lack of evidence of a crime here, it is clear that these three women are being tried for their peaceful activism,” says Catrinel Motoc, Amnesty International’s senior Europe campaigner.

“Having, creating or distributing posters such as the ones depicting the Virgin Mary with a rainbow halo should not be a criminal offence.”

Undue restrictions on freedom of expression

In spite of the country’s newly-avowed commitment to free speech, in its current formulation, Poland’s Article 196 imposes undue restrictions on the right to freedom of expression by providing overly broad discretion to the authorities to prosecute and criminalise individuals for expression that must be protected.

This is incompatible with Poland’s international and regional human rights obligations.

Poland is bound by the International Covenant on Civil and Political Rights (ICCPR), the European Convention on Human Rights as well as the Charter of Fundamental Rights of the EU to respect, protect and fulfill the right to freedom of expression.

Furthermore, in 2013, the ICCPR’s special rapporteur in the field of cultural rights noted that restrictions on artistic freedoms based on insulting religious feelings are incompatible with its covenant.

This was again highlighted in 2019 by the special rapporteur on freedom of opinion and expression who stressed that criminalising expression that insults religious feeling limits “debate over religious ideas and… such laws [enable] governments to show preference for the ideas of one religion over those of other religions, beliefs or non-belief systems”.

Freemuse, a Copenhagen-based organisation which defends the right to artistic freedom worldwide is particularly concerned about the policing of artistic and creative content by the authorities in Poland and regard it as an unlawful attack on freedom of artistic expression.

It says that according to international standards, restrictions on the right to freedom of expression must be provided by law and formulated with sufficient precision to enable an individual to regulate his or her conduct accordingly.

The current formulation of Article 196 is not sufficiently precise, leaves space for arbitrary interpretation and allows authorities to arrest, detain, and prosecute people simply for expressing views that may be perceived by others as offensive.

A new clash with the EU?

Should Poland proceed with the prosecution, it could be setting up yet another clash with the European Union.

The European Court of Human Rights has long maintained that the right to freedom of expression “is applicable not only to information or ideas that are favorably received or regarded as inoffensive or as a matter of indifference, but also to those that offend, shock or disturb the state or any sector of the population”.

In September, ILGA-Europe – together with Campaign Against Homophobia and Fundacja Równości (The Equality Foundation) submitted a legal complaint to the European Commission about Poland’s so-called “family charters” and “LGBT-free zones”, which over 100 Polish local governments have adopted over the last two years.

The complaint sets out how these “family charters” and “LGBT-free zones” introduce discrimination against LGBT+ people and thus breach a European Council directive establishing a general framework for equal treatment in employment and occupation, as well as the Charter of Fundamental Rights.

At the same time, many Polish LGBT+ people have begun to write to the European Commission, often anonymously out of fear of further stigmatisation and hate, putting forward individual complaints about how they are being discriminated against in the cities that have declared themselves “LGBT-free zones” and adopted “family charters”.

Over 400 individual complaints were sent to the European Commission by people sharing their fears for employment, health and life and their stories of discrimination in Poland.

ILGA-Europe and its partners claim that the aim of its complaint is to provide legal analysis of how “family charters” and “LGBT-free zones” do not, as claimed by Mr Morawiecki, in a recent letter to the European Commission, protect Polish families, but instead put in place active discrimination against LGBT+ people.

Although there is no clear individual court case claiming discrimination in recruitment or employment at this point, the analysis shows clearly how the principles of the European Council’s directive and the Charter of Fundamental Rights are being violated.

According to Katrin Hugendubel, advocacy director of ILGA-Europe: “The European Commission and Council can no longer remain silent in the face of such blatant violations of the principle of non-discrimination by a member state. Our legal analysis of the texts of the family charter clearly dismantles their discriminatory nature. The European Commission is duty-bound to answer the Polish prime minister’s letter, clearly rejecting the argument of ‘defending Polish families’ and addressing the real harm that is being perpetrated on LGBT+ people in Poland. EU law is being violated and the EC needs to start infringement procedures.”

While the EU has yet to go as far as to begun such infringement procedures, the president of the European Commission, Ursula von der Leyen, has offered support. In her State of the Union Speech on September 16, she declared that “LGBT-free zones have no place in the European Union.” This was something the LGBT+ community across the EU has been waiting for “and takes hope and courage in”, says ILGA-Europe.

It, and other human rights groups, will be hoping that any prosecution of Elżbieta Podleśna and her two co-defendants will bring about action to match the rhetoric.