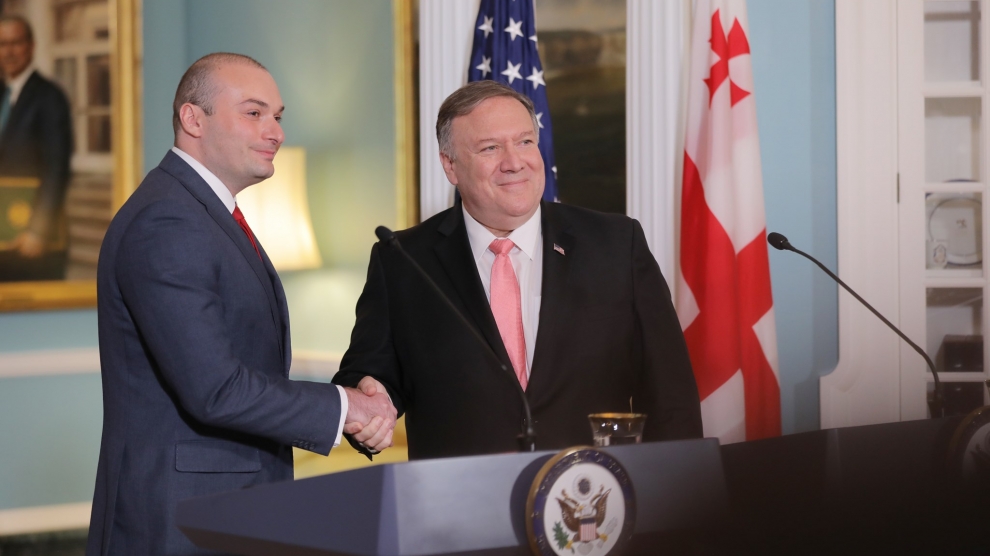 US Secretary of State Mike Pompeo has said that Georgia will continue to have the support of the United States as the country seeks to become a member of NATO.

“Throughout this decade, Georgia has shown tremendous resolve in the wake of the 2008 unlawful Russian invasion of part of its territory. Today it remains an international tourist destination, an important strategic partner for the United States, and a contributor to global security,” Mr Pompeo said on June 11.

Speaking in a joint press conference with Georgia’s prime minister, Mamuka Bakhtadze, the secretary of state emphasised that the US was proud to support the so-called Georgia Defense Readiness Program. “We are helping to train and equip a self-sufficient force that will ensure Georgia’s territorial defense. And this in turn, too, will provide greater security for the region as a whole – which is good for Georgia, good for the United States, and good for the entire world,” he added.

“Our partnership is rock solid, rooted in shared values and mutual interests. We have a common strategic vision to strengthen this unique partnership and will dedicate ourselves to a full-fledged alliance for decades to come,” the Georgian PM said when addressing the top US diplomat, adding that his government remains committed to the peaceful resolution regarding the status of Georgian breakaway regions Abkhazia and South Ossetia.