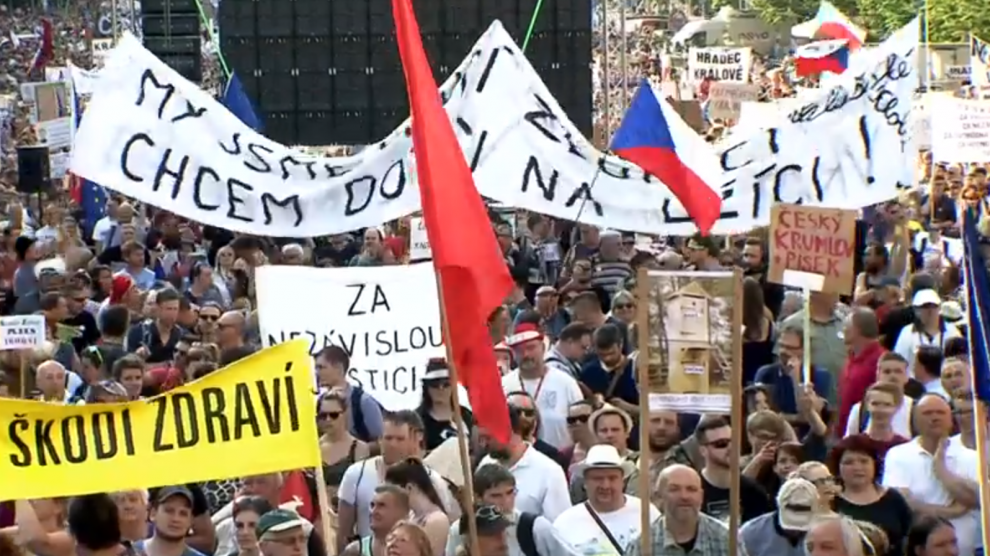 At least 120,000 people gathered in the Czech capital Prague on June 4 to demand the resignation of the prime minister, Andrej Babiš. It was the largest demonstration in the country since the fall of communism in 1989.

Waving Czech and EU flags, demonstrators filled Wenceslas Square in the centre of the city to protest at Mr Babiš’s continued refusal to resign, despite mounting scandals over the misuse of EU funds.

Mr Babiš denies fraud and has attacked a draft EU report demanding the return of millions of euros in subsidies. In April, police proposed that Mr Babiš be charged with EU subsidy fraud, an allegation he has rejected. The justice minister resigned and was replaced by Marie Benešová, a close ally of the prime minister. She too has become a target for protesters, who fear that she will slow down the investigation against Mr Babiš.

Despite the campaign to oust him, the ANO party which Mr Babiš leads came first in the European elections last month, with 21.2 per cent of the vote.