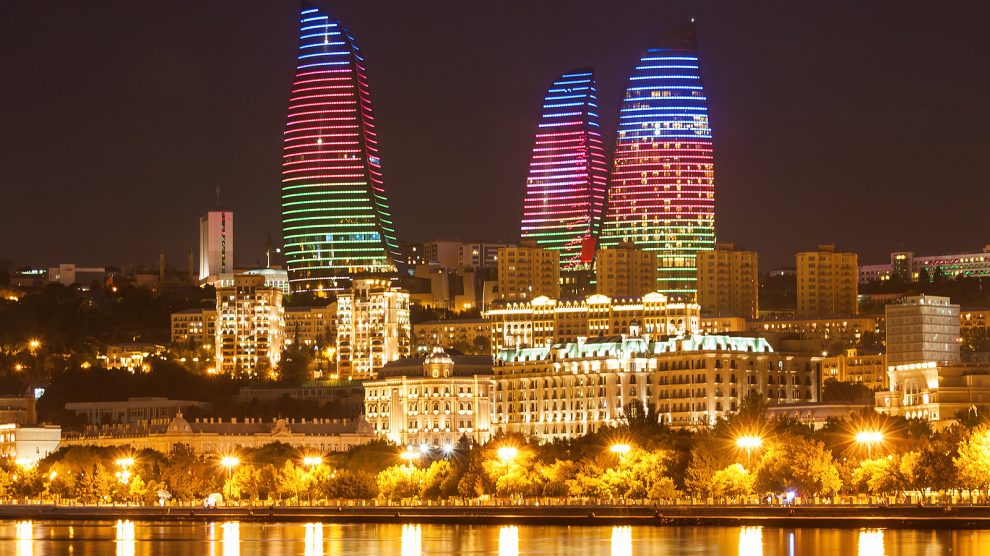 An electricity cable on the floor of the Black Sea might soon bring cheap, renewable energy from Azerbaijan to the heart of Europe, as the EU’s Global Gateway begins to bear fruit.

European Commissioner for Neighbourhood and Enlargement, Olivér Várhelyi, confirmed on December 11 that the EU was ready to mobilise 2.3 billion euros for the construction of the Black Sea Strategic Submarine Electricity Cable, which will facilitate the transmission of Azeri energy to Central Europe through Georgia and Romania.

Varhelyi’s announcement came a day before foreign ministers from the EU’s Eastern Partnership (EaP) countries met in Brussels to discuss how the EaP can further contribute to strengthening stability and prosperity in the region.

The money for the Black Sea cable is part of a wider, 17 billion euros programme for the EaP countries (Armenia, Azerbaijan, Georgia, Moldova, Ukraine; Belarus has been suspended since 2020) that encompasses several transport and communications projects, and which is itself part of the EU’s so-called Global Gateway, an initiative to develop new infrastructure in developing countries.

First announced in December last year, Global Gateway aims to mobilise 300 billion euros in public and private infrastructure investment by 2027, and has been touted as an alternative to China’s Belt and Road Initiative (BRI), which was launched in 2013 to fund infrastructure projects in developing countries but which critics say traps recipients in debt.

European Commission President Ursula von der Leyen, the begetter of the Global Gateway initiative, made no attempt to hide its geopolitical importance on December when she convened the first meeting of its board.

“Global Gateway is above all a geopolitical project, which seeks to position Europe in a competitive international marketplace,” she said. “It is a critical tool because infrastructure investments are at the heart of today’s geopolitics. Partners around the world want to work with Europe.”

Von der Leyen is expected to be in the Romanian capital Bucharest later this week to sign a framework agreement for the Black Sea submarine cable with the governments of Romania, Hungary, Azerbaijan and Georgia.

According to the International Energy Agency, Azerbaijan has a significant untapped potential for renewable energy, as it is relatively sunny and windy and also has sizable and hydro, biomass and geothermal resources. The country plans to increase the share of renewables in its energy mix to 30 per cent by 2030 and it is currently developing a five-year Renewable Energy Sources strategy.

When complete, the cable will total around 1,195 kilometres in length and will also be equipped with a fibre optics that will provide a high-quality internet connection between Romania and Georgia.

In July, the European Union and Azerbaijan signed a new energy agreement to double gas imports from Azerbaijan to Europe. Under the agreement, an additional four billion cubic metres (bcm) of gas will be delivered to the EU by the end of this year (bringing the total to 12 bcm) with a view to increasing supplies to a minimum of 20 bcm annually by 2027.

While this comes nowhere near replacing the around 150 bcm Europe imported from Russia prior to its invasion of Ukraine, the agreement presented longer-term opportunities for Azerbaijan to tap into the EU’s growing demand for green energy and attract interest in the country’s renewable energy agenda, according to Ilayda Nijhar, a global risk analyst.

‘It all depends on connectivity’

Other Global Gateway commitments include the Trans-Balkan Electricity corridor to connect the transmission system of Serbia, Montenegro and Bosnia and Herzegovina to Croatia, Hungary, Romania and Italy, with 41.2 million euros estimated total investment, as well as photovoltaic plants in Albania, Kosovo, North Macedonia and wind parks in North Macedonia and Serbia.

When it comes to strategic transport corridors, investments include the rehabilitation of a 34-kilometre section of railway from Beljakovce in North Macedonia to the Bulgarian border worth 565 million euros in total investments and 279 euros million in total investments for a section along Corridor X on the Belgrade-Niš railway line.

According to Commissioner Várhelyi, the future prosperity and stability of the EU and its neighbourhood largely depends on connectivity.

“This is where our relations should be the strongest, and this is where we have already started laying the foundations for more resilient economies and creating growth and jobs locally,” he says.

“The connectivity agenda of the European Union is being implemented with the Western Balkans and the EU’s neighbourhood regions to enable cutting traveling times, providing more and faster trade routes, faster digital connections, and building new energy partnerships. This is how Europe can help the region to grow faster and provide a more attractive investment climate which will bring jobs and a future for its people.”

EU stands up to Hungary, and wins
Tourism rebound at risk as Russia’s war on Ukraine takes its toll 
Comment