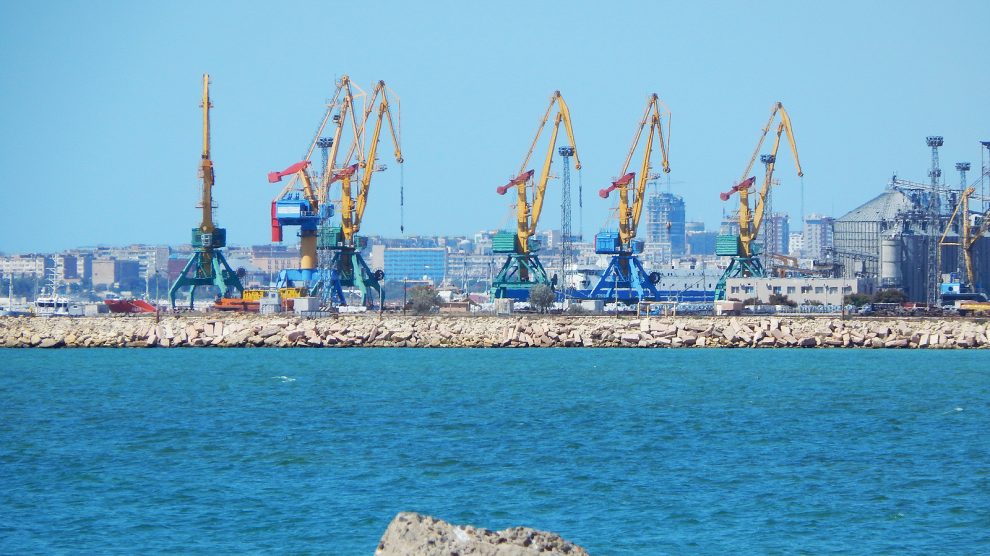 With East-West trade routes being quickly reconfigured as a result of international sanctions against the Moscow regime, alternatives to transit through Russia could soon reach capacity.

Until Russia launched its full-scale invasion of Ukraine in February, the main trade route linking northeast Asia with Europe was the Eurasian Northern Corridor.

It uses the Trans-Siberian railway from Russia’s Far East, with branches through Kazakhstan and Mongolia, and in 2021 was responsible for transporting around 1.5 million 20-foot equivalent units (TEUs) of cargo or containers.

But as trade volumes, particularly container traffic, between Asia and Europe continue to grow and as geopolitical events such as Russia’s war on Ukraine disrupt existing trade corridors, major trading and logistics companies are exploring ways to diversify and optimise transport routes and make them more sustainable.

The European Bank for Reconstruction and Development (EBRD) is currently conducting a study on sustainable transport connections between Central Asia and Europe, funded by the European Commission, which last year unveiled an international infrastructure plan dubbed Global Gateway which aims to mobilise 300 billion euros in public and private infrastructure investment.

Global Gateway has been dubbed as a European effort to challenge the China’s Belt and Road Initiative (BRI), which was launched in 2013 to fund infrastructure projects in developing countries but which critics say traps recipients in debt.

There was no mention of the BRI in the Commission’s announcement of Global Gateway, but it was not difficult to read between the lines: “The European model is about investing in both hard and soft infrastructure, in sustainable investments in digital, climate and energy, transport, health, education and research, as well as in an enabling environment guaranteeing a level playing field,” said Commission President Ursula von der Leyen.

“We will support smart investments in quality infrastructure, respecting the highest social and environmental standards, in line with the EU’s democratic values and international norms and standards. The Global Gateway Strategy is a template for how Europe can build more resilient connections with the world.”

The EBRD study, which should be fully completed by summer 2023, has two objectives: to identify the most sustainable transport corridors connecting the five Central Asian countries (Kazakhstan, Kyrgyzstan, Tajikistan, Turkmenistan and Uzbekistan) with TEN-T (a network of roads, railways, airports and water infrastructure within the European Union, linking up with countries on its eastern borders, such as Turkey and Russia), including the Caucasus, and to propose actions for their development, including actual infrastructure investments and the necessary enabling environment.

Developing alternative routes to the Northern Corridor has taken on new impetus since Russia invaded Ukraine and sanctions were imposed on the Moscow regime, and in its interim findings, published this week, the EBRD points to the Middle or Trans-Caspian Corridor through Kazakhstan (and on to Azerbaijan and Georgia – which has been considering reviving plans for a deep sea port at Anaklia) as the next best option.

In the first quarter of 2022, close to 20,000 TEUs travelled through Kazakhstan to the Caspian ports of Aktau and Kuryk.

The EBRD says that assuming demand will continue to rise, the annual volume of freight cargo through the Middle Corridor in 2022 may reach 80,000 TEUs. This is not far from its maximum throughput capacity of 100,000-120,000 TEUs, constrained by a limited number of vessels in the Caspian Sea and non-regular shipment schedules.

However, should this corridor become the preferred new route for freight companies, existing Caspian Sea infrastructure may become a real bottleneck. A diversion of transit cargo exceeding 10 per cent of the Northern Corridor’s tonnage will require large investment across the entire corridor and its economic efficiency is yet to be assessed.

The EBRD estimates immediate investment needs for Middle Corridor infrastructure upgrades to be in the region of 3.5 billion euros.

Uzbekistan is currently pursuing multimodal transportation (road and rail) from China, through Kyrgyzstan by road, then onwards through the Trans-Afghan route or through Turkmenistan and Iran by road. Other options include the use of Kazakhstan’s Middle Corridor or the Turkmen port of Turkmenbashi.

The route through Turkmenbashi nevertheless has the highest transit tariff and is barely economically viable.

The port is highly inefficient and operates a very limited number of feeder vessels, thus presenting even a bigger bottleneck than the Kazakh ports. Moreover, Turkmenistan is not party to international agreements and this will require additional bilateral arrangements.

The route through Turkmenistan and Iran may eventually become an interesting transportation solution, but there are currently a number of serious limitations. Turkmenistan has complicated sanitary and logistical requirements, on which the country is not willing to negotiate. Neither country is party to international agreements, so arrangements have to be made through bilateral agreements, a lengthy process. Like Russia, Iran is a sanctioned country and it is difficult for European operators to work there unless they have regional subsidiaries that can overcome bottlenecks.

Uzbekistan is actively developing transport links with all of its neighbours, but as a landlocked country, it will have to rely on transit routes through other countries to present itself as viable transit option. Uzbekistan railways, the country’s main freight carrier, needs to be reformed to improve efficiency.

Significant investment will be required to electrify sections of railway in the Fergana Valley, between the key cities of Bukhara and Khiva and elsewhere. The same goes for the rehabilitation of roads across the country. In parallel, Uzbekistan should modernise its rolling stock and improve its customs services to ensure smooth transit and transport.

The route through Kazakhstan to its ports on the Caspian Sea therefore seems to be most stable option for cargo travelling through Uzbekistan, but there are multiple inefficiencies at border crossing points between the two countries and bottlenecks in Aktau and Kuryk.

What’s more, the Caspian Sea is not always navigable, so the Uzbek authorities are keen to explore alternatives. Alternative transport connections may incentivise Kazakhstan to improve the quality of commercial services and border management.

Eventually, the success of the Middle Corridor will depend on the ability of all countries along the route to work seamlessly, eliminate trade barriers and set up regular and reliable freight schedules.

If the Middle Corridor is to become a viable transportation alternative, it must offer a predictable and reliable environment for all parties involved.