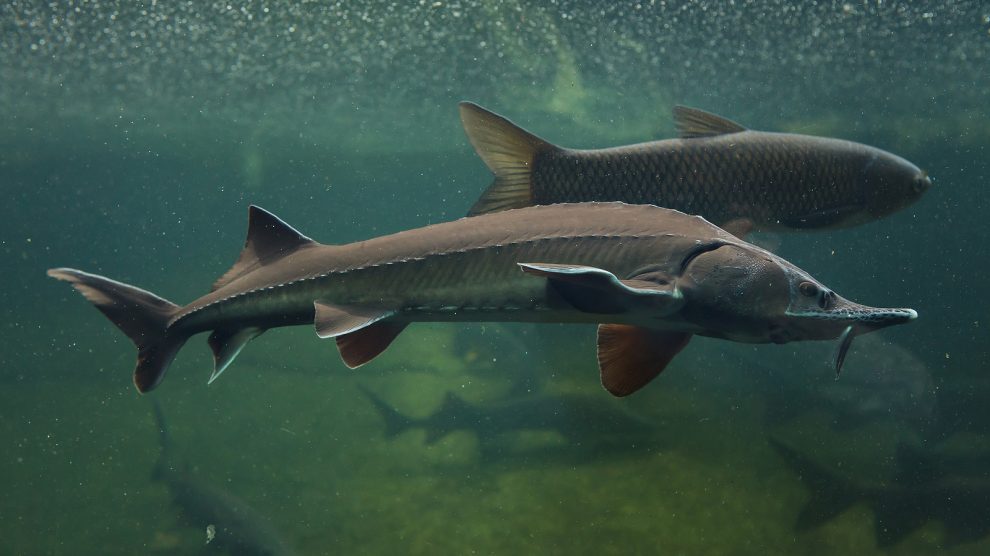 Romania has banned the fishing and sale of wild sturgeon indefinitely. But according to the WWF, bans are not enough.

Hot on the heels of the release of the World Wildlife Fund’s (WWF) recent sturgeon market survey, which detailed the systemic poaching of critically-endangered sturgeon along the Lower Danube, Romania has indefinitely extended its five-year temporary ban the fishing and sale of all six wild sturgeon species and wild sturgeon products.

The decision follows a long campaign by WWF and many other conservation organisations. Romania has now joined other countries in the region where sturgeon fishing has been permanently banned.

Bulgaria now remains the last country in the Black Sea basin without a permanent ban in place, although in January it extended its temporary ban on sturgeon fishing in its Danube and Black Sea territory for another five years.

According to the sturgeon market survey conducted by WWF in Bulgaria, Romania, Serbia and Ukraine from 2016 to 2020, poaching and the illegal market for caviar and wild sturgeon meat are among the most serious threats to sturgeon survival in the Lower Danube basin.

During the survey, meat and caviar samples were gathered from retailers, restaurants, markets, intermediaries, aquaculture facilities, from fishermen and from online offers. Although fishing and selling wild sturgeon (and products) are prohibited in all these countries, the market survey showed that poaching and the illegal buying and selling of wild sturgeon and sturgeon products is nevertheless widespread.

Bans alone are not enough

An important condition of the bans in place in Bulgaria and Romania is the additional requirement for fishermen to report sturgeon bycatch and release it immediately in the respective river basin, regardless of their state of health.

Bycatch remains a large threat for sturgeon species in the Danube and the Black Sea but very little is known about the numbers of fish that are accidentally caught. This change is significant because it will enable more efficient enforcement and help us better understand the volume and circumstances of bycatch. The ban also completely prohibits the use of any fishing equipment specifically used for catching sturgeon, such as ohanas and karmaks.

“Extending the ban indefinitely is an important step in sturgeon conservation,” says Cristina Munteanu, coordinator of the Save Danube Sturgeons Life Natura Project at WWF-Romania.

“But it is not enough,” she adds. “An integrated and fair approach means working with fishing communities from communication, to involvement in conservation activities and alternative solutions to lost income, better law enforcement, proper research and monitoring, maintaining migration routes and, last but not least, raising awareness among the consumers of sturgeon products.”

One, known as the MEASURES project, aims to create ecological corridors by identifying key habitats and initiating protection measures along the Danube and its main tributaries. MEASURES has also released over 9,000 baby sturgeon into the Danube.

Sturgeon are further helped through the SWIPE (Successful Wildlife Crime Prosecution in Europe) project, that aims to discourage and ultimately reduce wildlife crime by improving compliance with EU environmental law and increasing the number of successfully prosecuted offences.