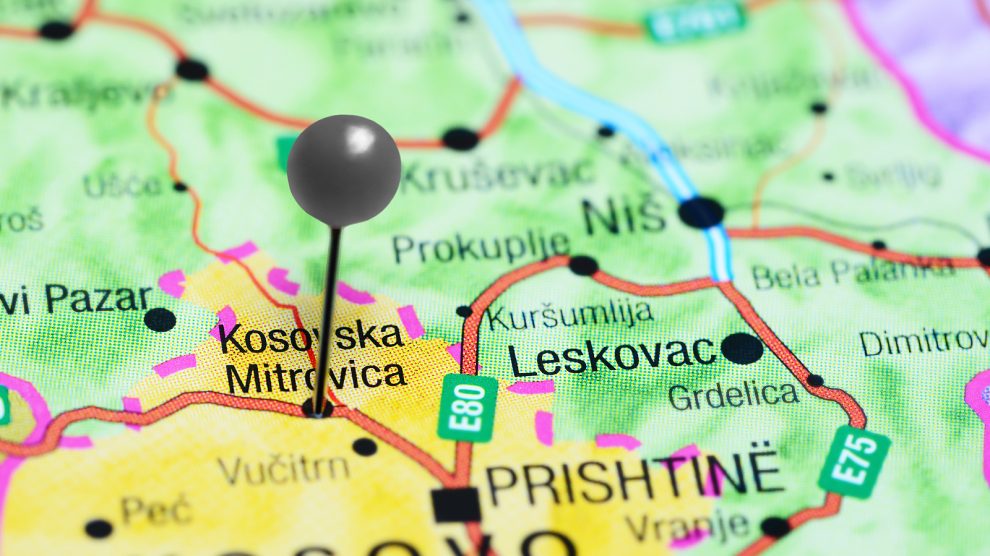 Another day, another “non-paper” in the Western Balkans.

Hardly had the dust settled on a diplomatic spat between Bosnia and Herzegovina and Slovenia over the contents of a “non-paper” allegedly sent by the Slovenian Prime Minister Janez Janša to European Council President Charles Michel outlining the extensive redrawing of borders in the Western Balkans when another “non-paper” appeared.

This time, it was the Kosovo-based newspaper Koha Ditore that broke the story, late on April 26.

According to the daily, the “non-paper” is French and German in origin and outlines how the current Kosovo-Serbia standstill could be resolved by February of next year.

The paper suggests that the European Union will continue to facilitate the negotiation process between Kosovo and Serbia, a process which will lead to a “legally binding” agreement that resolves all open questions and clears a path for both countries towards European integration.

Serbia would agree to not oppose Kosovo’s requests for membership of international organisations, while both sides would recognise each other’s sovereignty, territorial integrity and independence and exchange permanent missions.

Both sides would need to amend their constitutions to ensure the implementation of the agreement.

Another provision in the document is the implementation of the Community of Serb Municipalities proposal, originally suggested in 2013.

The proposal would establish an Autonomous District of North Kosovo that would include the Serb-majority municipalities of North Mitrovica, Zvečan, Leposavić, and Zubin Potok. This district would be a separate administrative unit within Kosovo that would have regional legislative control of its economy, finances, infrastructure, culture, education, healthcare, social security, the judiciary, and policing. A governor would represent the government of Kosovo.

An elected assembly is also envisaged along with an executive council that would be joint organs of the governments of Kosovo and Serbia, the Autonomous District and the EU.

The Serbian Orthodox Church would be granted special status allowing it to operate as a “self-governing part of Kosovo’s political and constitutional system.”

The proposal has been a significant bone of contention in Serbia-Kosovo dialogue ever since it was first tabled.

But does the ‘non-paper’ exist?

As with the previous “non-paper” that redrew borders in the Western Balkans, the veracity of this second docuemnt is also in question.

The German and French embassies in Kosovo have both denied being the origin of the paper, as has German Ambassador Jörn Rohde, who called it “fake news”.

Official denials aside, some regional analysts have suggested that the emergence of several “non-papers” in such a short period of time could be an indication that EU leaders might be realising that the current approach to solving Western Balkans issues simply isn’t working.

“The amount of ‘non-papers’ on the Balkans circulating in Brussels is interesting — the Croatian ‘non-paper’ on Bosnia, the Slovenian ‘non-paper’, and now this one — which suggests that European leaders have realised the existing approach of the EU to the Balkans is crumbling,” Timothy Less, lead researcher of the Disintegration in Europe project at the Centre of Geopolitics of the University of Cambridge, told the Serbian daily Danas.

“I hear denials coming from everywhere, but this second ‘non-paper’ has given me more worries than the first, as this one has been written and devised by a very clever person. This has been written by someone who is excellently conversant with everything and that can be some 50 persons in the world. I know them all, you know how many times I have traveled to Brussels to talk about Kosovo and I am suspecting one person to be behind this paper. It is a highly intelligent woman,” Mr Vučić said.

He did not elaborate on the identity of the “intelligent woman”.

In the most recent development Kosovo Prime Minister Albin Kurti said he won’t attend a meeting in Brussels on May 11 that was planned to signal the restart of Kosovo-Serbia dialogue.

Whether or not the appearance of the “phantom non-paper”, as some have called it, influenced the decision is unknown.

Unlike the last such “non-paper” which put forth radical ideas about redrawing borders in the Western Balkans (with Republika Srpska breaking away from Bosnia and Herzegovina and Kosovo merging with Albania), the alleged Franco-German “non-paper” doesn’t suggest anything that departs too much from what has been mainstream EU policy so far.

The endgame of the dialogue was always understood to mutual recognition, and the autonomous North Kosovo zone is in line with the Community of Serb Municipalities proposal, even if it limits it to only the northern region.

The only thing in it that gives pause is the deadline of February 2022.

Some analysts have suggested the whole thing might be a “trial balloon”. But when it comes to who launched it, there isn’t a consensus. According to Radio Free Europe, some European officials have said privately they suspect Russia could have had a hand in it.

If nothing else, the entire situation is a clear indication that the political problems in the Western Balkans are far from being completely resolved.