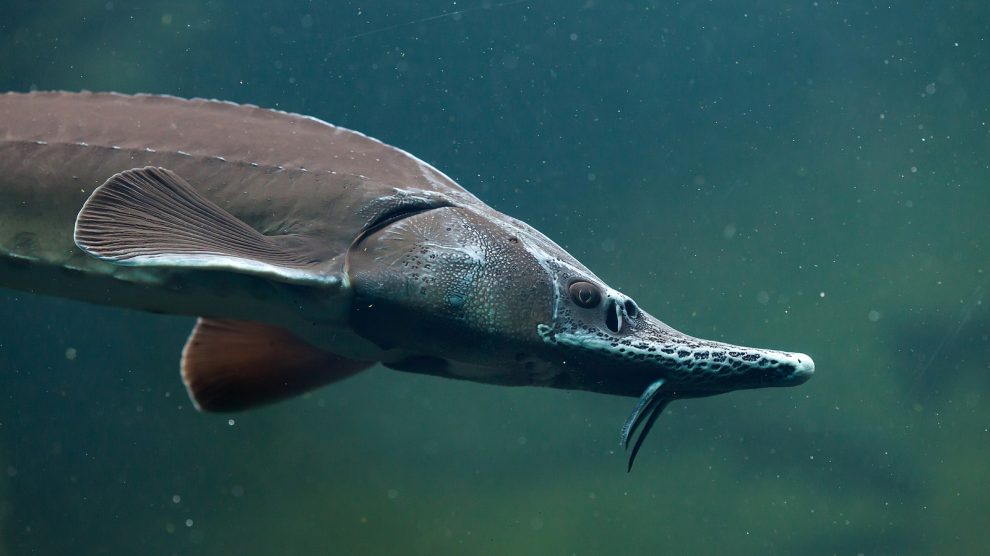 A worrying rise in consumer demand for caviar and sturgeon meat is fueling an illegal trade that threatens one of the lower Danube’s most endangered species.

The poaching of sturgeon in the lower Danube and the illegal sale of caviar is taking place on a widespread and systematic scale, according to a new report from the World Wildlife Fund (WWF).

The report provides evidence of the actual scale of poaching and the illegal trade of meat and caviar from wild-caught sturgeon in the region, specifically in Bulgaria, Romania, Serbia and Ukraine, one of the last places on Earth where critically-endangered sturgeon survive and still reproduce.

Illegal sturgeon fishing – and trade in sturgeon products – are often cited as significant threats to many sturgeon populations worldwide. Until now, however, substantiated data has rarely been available. The WWF report provides proof that illegal fishing and trade in wild sturgeon is happening on a regional level and on a serious scale.

The methodology of the unique report combines official data on illegal fishing and the results of a large-scale market survey and forensic analysis of meat and caviar samples in Bulgaria, Romania, Serbia and Ukraine between October 2016 and July 2020.

Almost a third of the samples of sturgeon products bought through the WWF’s market survey were illegal, and 214 cases of poaching-related incidents were recorded by authorities in the four countries.

“Very few market surveys on the sturgeon trade exist, and this is the only one so far that combines two state-of-the-art forensic methods, which is crucial to detect illegal trade,” says Arne Ludwig, genetics expert at the Leibniz Institute for Zoo and Wildlife Research genetics expert, co-chair of the International Union for Conservation of Nature Sturgeon Specialist Group and co-author of the report.

Samples were collected at different locations from sturgeon populations that share the same migratory routes along the entire trade chain on the Lower Danube and in the north-western Black Sea region. Testing points included various types of retailers such as shops and supermarkets, restaurants and bars, local markets, aquaculture facilities, intermediaries, fishermen and online offers. All samples underwent DNA and isotope testing.

The isotope analysis proved that wild sturgeon products were being sold in all four countries. Of the 145 samples tested, 19 per cent proved to be from wild sturgeon – 25 were meat and two were caviar. In addition, 29 per cent of all caviar samples were sold without compliance with mandatory Convention on International Trade in Endangered Species of Wild Fauna and Flora (CITES) regulations.

Suppliers also provided deceptive information. In one case, meat sold as farmed was proven to be wild. The reverse was also true in several cases when products declared as wild sturgeon proved to be farmed, or to be meat from European catfish or Nile perch.

Even though all fishing of wild Danube sturgeon species was prohibited in Bulgaria, Romania and Ukraine during the study period, and only the catch of sterlet (a relatively small species of sturgeon) above 40 centimetres total length was allowed in Serbia until the end of 2018, 214 incidents involving illegal poaching were recorded between January 2016 and December 2020.

The most (82 each) were in Romania and Bulgaria, with a further 50 cases in Ukraine.

In Bulgaria alone, 594 illegal hook lines were detected, adding up to more than 23.5 kilometres in length. Just last month several new cases of poaching were reported in Ukraine and Romania.

“This is the first assessment of the volume of sturgeon poaching and trade along the lower Danube and in the Black Sea,” says Jutta Jahrl, a project manager at WWF Central and Eastern Europe.

“Even if we have to assume that we found just the tip of the iceberg, it shows how serious the impact on the last wild sturgeon still is, and how crucial our fight is to save them.”

The survival of highly-threatened wild sturgeon species in Central and Eastern Europe is dependent on continuous and increased efforts to reduce the threat of wild sturgeon trafficking.

WWF’s report is designed to shed light on the situation, inform responsible actors, and contribute to intelligence for future enforcement activities, as well as foster the exchange of relevant data among different authorities and between sturgeon range countries.

The report says that close cooperation is essential, and while national authorities have started to establish formal or informal groups, these should be expanded, including increased border controls.

“Relevant national enforcement authorities should ensure that CITES provisions of sturgeon products leaving or entering their country are observed,” says the WWF.

It also wants to encourage regular market surveys by the responsible authorities to help evaluate whether or not the situation changes.