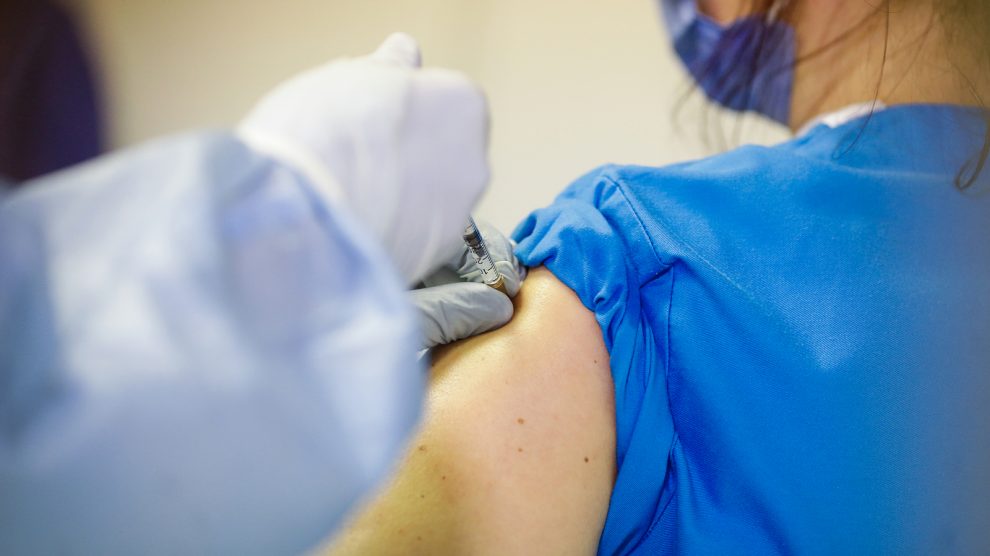 Romania’s Covid-19 vaccination drive, which began well, is in danger of grinding to a complete halt as supply of jabs begins to exceed demand.

When Romania opened up its Covid-19 vaccination programme to the general population on March 15, Răzvan Dobre was one of many thousands who spent long hours refreshing his internet browser in the hope of finding a vacancy.

“Whatsapp was buzzing with rumours of a few hundred vacancies here, a couple of hundred there,” says Dobre, who runs a small food distribution company. “But whenever I selected the respective vaccination centre I was too late: there were no vacancies left. In the end I just gave up and joined the waiting list.”

Dobre, who lives in the capital Bucharest, finally got his first jab – of the much sought-after Pfizer vaccine – on April 19. He will get his second on May 10.

By then, waiting lists in Romania are likely to be a thing of the past.

On April 20, the day after Dobre got his first dose, independent monitoring of the Romanian authorities’ centralised vaccine website, RoVaccinare, revealed that there are now more vacancies at vaccine centres (212,689) than there are people on waiting lists (just 180,732).

This despite just 2.67 million people – fewer than 14 per cent of Romania’s population – having received at least one dose of a vaccine, well below the European Union average of 18.73 per cent. A poll by Medlife, a network of private clinics, revealed this week that of those who have yet to be vaccinated, just 10-13 per cent “definitely” intend to get the vaccine. By mid-June, Medlife claims, the country will have nobody left to jab.

Romania’s government has until now ignored the issue, despite many analysts flagging up for weeks the fact that a lack of access to vaccines in rural areas was likely to see the country’s immunisation drive slow to a snail’s pace sooner rather than later.

Rising vaccine hesitancy or outright opposition to the jab has not helped either. Many public figures have come out against vaccination, and just this week, an organisation calling itself the Parents’ Alliance demanded the government end a campaign to encourage teachers and other educational staff to get the jab so that schools can reopen.

The government has also been reluctant to even suggest introducing so-called Covid-19 passports that would offer preferential access to restaurants, bars, theatres and other venues for those who have been vaccinated.

The country’s president, Klaus Iohannis, said in March that Covid-19 passports would “never” be an option, although the country’s prime minister, Florin Cîțu, did point to a possible shift in policy on April 20 when he said that restaurants and bars that ensured all staff had been vaccinated may be allowed to open without any restrictions.

Currently, hospitality venues may only serve food and drink in outdoor seating areas.

A dispute among members of the ruling coalition that followed the dismissal of the country’s health minister, Vlad Voiculescu, has also exacerbated the problem.

Voiculescu – backed by USR-Plus, the coalition’s junior partner – was fired on April 12 by Prime Minister Cîțu, ostensibly for his mishandling of the Covid-19 pandemic. Cîțu’s Liberals have governed in a coalition with USR-Plus and the Hungarian UDMR party since parliamentary elections in December 2020.

USR-Plus initially reacted to the sacking of Voiculescu by saying that it no longer had faith in Mr Cîțu, and at one stage appeared willing to pull out of the government. It has since backtracked, and on April 21 proposed Ioana Mihăilă, and endocrinologist who served as secretary of state under Voiculescu, as the country’s next health minister.

Until she is formally appointed, it is unlikely that Romania’s stalled vaccine drive will get back on track. She will be the fourth health minister since the beginning of the pandemic.

Her first task will be to boost access to vaccines in remote parts of the country, especially in rural areas where there are few vaccination centres. She would also be well advised to begin publishing data on vaccination rates among various age and risk groups. Until now, Romania has made public only the total number of people vaccinated: there is no data on how many people in high-risk groups have had the jab.

Access to the country’s vaccine booking system also needs to be improved: appointments can currently only be made online, meaning that those without access to the internet have been frozen out.

Many have tried to make appointments by phone, but there have been widespread reports of health staff failing to answer calls, or showing little patience with some, often elderly people, looking to get the vaccine.

One possible solution that has been touted by medical experts are mobile vaccination centres, and on April 21 President Iohannis opened one such centre in a village in Ilfov county, just outside Bucharest. Romania reported 237 deaths from Covid-19 on the same day, the highest number since the beginning of the pandemic.

“We will open other centres like these,” he said, “where people can just turn up and get vaccinated without making an appointment.”

He reiterated the importance of vaccination, saying that it was the “only” way to bring an end to the pandemic and the accompanying restrictions to everyday life. Although restrictions in Romania have been far more relaxed than in most other countries in Europe, some have nevertheless protested in recent weeks against what they call “a sanitary dictatorship”.

More mobile vaccination centres are likely to be needed to prevent Romania’s immunisation drive from grinding to a complete halt, and meeting Mr Cîțu’s target of five million people vaccinated by June 1: a target that looks increasingly optimistic.

And they will be needed in areas far from Romania’s towns and cities.