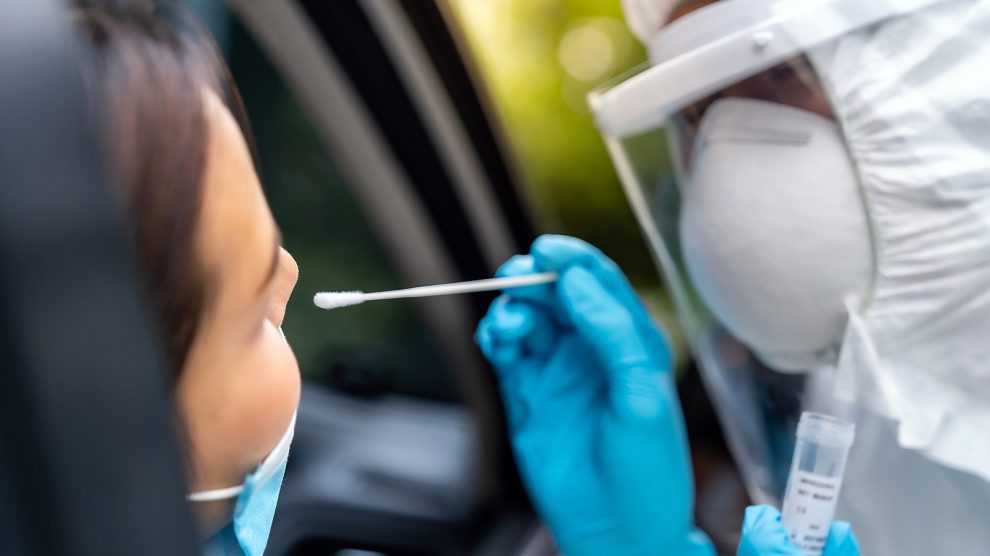 Corruption is undermining health care systems and contributing to democratic backsliding amid the Covid-19 pandemic, according to Transparency International.

The phenomenon is particularly widespread in Eastern Europe and Central Asia.

“Covid-19 is not just a health and economic crisis. It is a corruption crisis. And one that we are currently failing to manage,” says Delia Ferreira Rubio, chair of Transparency International.

As the report notes, those countries with better CPI rankings and more investment into healthcare were able to deal with the pandemic better and were less likely to break democratic norms in doing so.

According to this year’s report, the regions of Eastern Europe and Central Asia are the second lowest performing region worldwide (after Sub-Saharan Africa), with an average score of 36 out of a possible 100.

Georgia, Armenia, and – interestingly – Belarus, lead the region with scores of 56, 49, and 47 respectively. Compared to 2012, Belarus has improved by what the report defines as a “statistically significant” 16 points.

However, Belarus saw increasing levels of state-sponsored violence in 2020 as massive anti-government protests erupted in August after an election that is widely understood to have been rigged. According to the report, state capture and grand corruption remain issues for the country.

The Western Balkans are not fairing that much better. Montenegro is the highest rated country with a score of 45, while North Macedonia is the lowest with 35. Compared to 2012, Bosnia and Herzegovina has also seen a statistically significant change, but in the opposite direction to Belarus: the CPI for the country decreased by seven points.

In emerging Europe as a whole, however, Bosnia is beaten by Hungary whose rating has decreased by a whopping 11 points since 2012.

Otherwise, compared to last year there are few significant changes, but the region does follow the world trend of stagnation compared with 2012.

In 2020, however, the issues of corruption and a lack of rule of law in Eastern Europe and Central Asia, have, according to the report, “exposed ongoing governance and structural problems, highlighted widespread corruption, and exacerbated social discontent”.

In Bosnia, the prime minister of the Federation of Bosnia and Herzegovina (one of the two semi-autonomous entities in the country) was indicted on charges of corruption over the procurement of Chinese ventilators that did not meet proper specifications.

Over the course of the pandemic, issues surrounding rule of law and state capture have also been brought the fore in Serbia, where the government has taken several controversial steps, including the suspension of parliament in March.

Critics were silenced too, with the journalist Ana Lalić arrested for reporting on inadequate conditions in hospitals in April. Healthcare workers who criticised the government’s response to the crisis faced retribution as well.

Corruption an issue for EU member states too

Eastern Europe and Central Asia are not the only regions in emerging Europe where Covid-19 has put a significant strain on democracy.

While emerging Europe’s EU member states fare better on the CPI than those in Eastern Europe and Central Asia, according to the Transparency International report, the pandemic has still raised significant issues.

Estonia (75), Slovenia (60), and Lithuania (60) are leaders in the region while, Bulgaria, Hungary and Romania bring up the rear.

The report notes that ruling parties in Poland and Hungary have used the pandemic as a cover to pass or repeal laws with problematic implications, often under the cover of states of emergency and restrictions meant to combat the spread of Covid-19.

Thousands of protestors in Poland came out against the anti-abortion push by the ruling Law and Justice party, despite a ban on gatherings. In Hungary, a law was passed that bans the legal recognition of transgender people.

As the countries in the region rushed to procure necessary equipment such as masks and ventilators, usual standards of public procurement and transparency have also slipped.

In Slovenia a 25 million euros contact for unspecified “protective equipment” went to a company owned by gambling mogul Joc Pečečnik, a man with no previous involvement in healthcare, the Organised Crime and Corruption Reporting Project (OCCRP) reported in April of 2020.

“The past year has tested governments like no other in memory, and those with higher levels of corruption have been less able to meet the challenge. But even those at the top of the CPI must urgently address their role in perpetuating corruption at home and abroad,” concludes Ms Ferreira Rubio.

Bulgaria’s economy is holding up well, but there’s room for improvement
Romania is burning
Comment