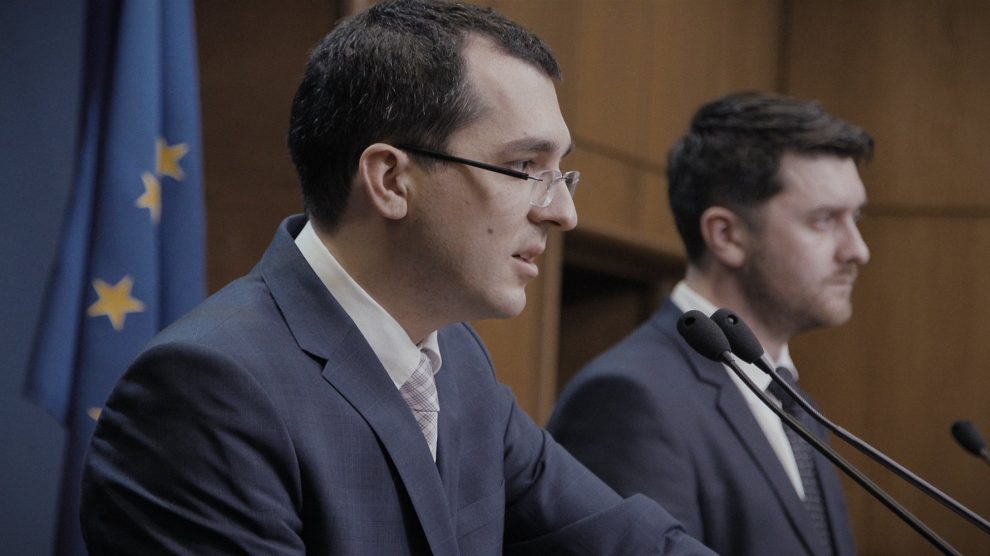 This year’s Academy Award nominations – announced this week – were the subject of much celebration in Romania. Alexander Nanau’s film Collective didn’t just pick up the country’s first ever Oscar nod (for Best Documentary), it grabbed its second, too (for Best International Feature).

No healthcare service in the world – regardless of how well funded or well run – has been able to cope fully with the added pressure brought about in recent months by the Covid-19 pandemic. In some countries where healthcare is particularly poor, it is the system itself which has contributed enormously to the spread of the virus.

In the early days of the pandemic, several hospitals in Romania were forced to close after large numbers of medical staff – often forced to work without the correct personal protection equipment – were tested positive for coronavirus. At one stage, more than 10 per cent of all those infected in the country were medical personnel.

In Suceava, in northeastern Romania, one hospital was closed temporarily after a staggering 34 doctors and 49 nurses working there were diagnosed with coronavirus. Throughout the pandemic, there have also been numerous cases of coronavirus patients being forced to share wards with other, non-infected patients, spreading the virus further.

On paper at least, Romania has one of Europe’s highest concentrations of intensive care beds: more than 21 for every 100,000 people. This compares well to Italy’s 12.5 and a paltry 6.6 in the UK.

However, the reality in the country’s hospitals is somewhat different.

This was all too obvious on November 14 last year, when 10 people were killed and several others seriously injured in a fire at a hospital treating coronavirus patients.

The blaze broke out in the intensive care unit of the public hospital in the north-eastern city of Piatra Neamț. One doctor who tried to rescue patients, Catalin Denciu, was transferred to Belgium’s Queen Astrid military hospital the following day for specialised treatment unavailable in Romania.

In January, five people were killed in yet another hospital fire, this time at an intensive care unit at an infectious diseases hospital in the capital Bucharest. That blaze came just a day after Transparency International warned that corruption is undermining health care systems and their ability to fight Covid-19 across Eastern Europe. Romania’s score was the lowest of any country in the European Union.

For many in Romania, these latest fires have brought back awful memories of yet another blaze that engulfed a Bucharest nightclub, Colectiv, in October 2015, killing 26 people. A further 38 died in hospital over the course of the next five months. It has been claimed that at least 13 of those who died in hospital did so not from the wounds they received in the nightclub fire, but from bacterial infections contracted while in intensive care. Others died for want of proper intensive care, despite the country’s authorities at the time repeatedly stating that they had all they needed to care for the injured.

Alexander Nanau’s documentary Colectiv (Collective, in English) – beyond some harrowing footage of the fire starting and the resulting surge for the nightclub’s one exit – does not tell the story of what happened on the night of the blaze.

Instead, through the eyes of first an investigative journalist, Catalin Tolontan, and then a young minister of health, Vlad Voiculescu (pictured above, left), Colectiv exposes the endemic corruption that persists in the Romanian health service: corruption which led to the unnecessary deaths of some of the fire’s victims.

The film, this week nominated for two Oscars (Best International Feature and Best Documentary) is centered on the discovery by Tolontan and his team (at, of all things, a sports newspaper, Gazeta Sporturilor), that one of the largest suppliers of disinfectant to the Romanian health service had been diluting its products, meaning that hospitals and clinics were being not being properly disinfected.

They were in effect not being disinfected at all.

The news forces the incumbent, incompetent health minister to resign, which ushers in Voiculescu, the head of an NGO that helps child cancer patients. Voiculescu was previously the subject of another documentary, Rețeaua (The Network), which looked at his creation of a network of people across the world who personally imported to Romania cancer drugs that were at the time unavailable in the country.

Clearly very different to his predecessors and with unquestionably good intentions, Voiculescu attempts to make changes to the way that the Romanian health system is run but meets with resistance from politically-appointed (and protected) hospital managers who make anything other than cosmetic reform all but impossible.

In the end, he runs out of time. The film closes with the results of Romania’s 2016 general election, which brought a clear victory for the country’s Social Democrats (PSD), who did not keep Voiculescu on as health minister. He was in the job less than eight months.

Writing for the Los Angeles Times, Justin Chang has called the film “a gripping, despairing exposé of institutional injustice”, while Jay Weissberg of Variety called it “a documentary for our times, deserving of widespread exposure.”

“This chilling exposé should send shockwaves through a system so mired in venality that politicians as well as a large segment of the medical profession thought nothing of letting people die so they could stay in power and ensure their kickbacks,” adds Weissberg.

In the New York Times, Manohla Dargis wrote: “Some documentaries reassure you that the world is better when they’re over (inequity has been exposed); others insist it could be better (call the number in the credits to see how). Collective offers no such palliatives. Instead, it sketches out an honest, affecting, somewhat old-fashioned utopian example of what it takes to make the world better, or at least a little less awful. The arc of the moral universe may bend toward justice. But as Collective lays out with anguished detail and a profound, moving sense of decency, it takes stubborn, angry people — journalists, politicians, artists, activists — to hammer at that arc until it starts bending, maybe, in the right direction.”

Peter Bradshaw in The Guardian wrote that for years, actually for decades, Romanian directors have been warning us about top-to-bottom official corruption in their homeland – an insidious malaise undermining the state and infecting the soul. “Now documentary film-maker Alexander Nanau has arrived with something to show that this wasn’t just mannerism or metaphor. It’s based on sickening fact.”

Not just a Romanian problem

The director himself is keen to point out that the corruption exposed in the film is not just a Romanian problem.

“The hospital corruption and subsequent government cover up in Collective took place in Romania, yet this is not just a local story,” he says. “There is a universality which is even more relevant post-Covid. Government corruption is sadly all too familiar across the world and the need to safeguard social justice and press freedom feels more urgent than ever. These are freedoms that have been compromised lately around the world and it could not be a more important time to bring this film to an international audience.”

One of the PSD’s many promises during the 2016 election campaign was the construction of eight regional hospitals across the country, all built to the highest standards. Work has yet to begin on a single hospital. Instead, before being kicked out of office late in 2019 the PSD further entrenched the corrupt system that sees almost all senior level medical staff and administrators appointed not according to their ability, but their political affiliation or connections.

For a number of years, the slogan of those many, many Romanians who have so often taken to the streets in huge numbers to protest against corruption in all walks of life has been simple: corupția ucide (corruption kills). Colectiv – just like last week’s fire in Piatra Neamț – is a brutal, shocking reminder that nothing has changed since 2015.

Coronavirus has already killed many people in Romania. Corruption may continue to kill even more.

Ironically, the man now tasked with cleaning up the Romanian health service is none other than Voiculescu, appointed health minister for a second time in December 2020, following a parliamentary election won by a coalition of centre-right parties.

He will need to more than eight months in office to do so.

Our Man in Warszawa: How the West Misread Poland
When Serbia locked down – to avoid a solar eclipse
Comment