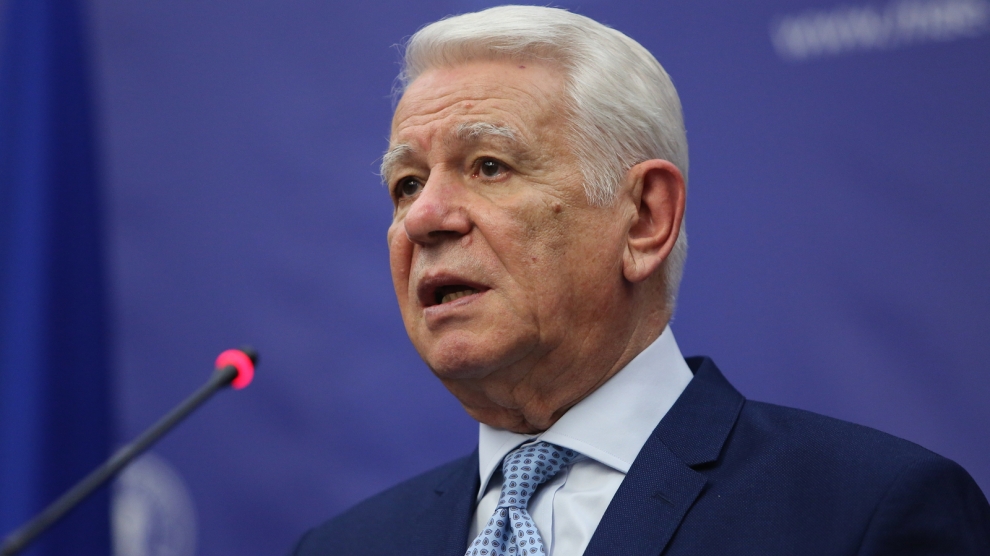 Teodor Meleșcanu (pictured above), Romania’s foreign minister, has refused to recognise the new Moldovan government of Maia Sandu, and has said that the only solution to Moldova’s current political crisis is a new parliamentary election.

“In diplomatic terms there is no such thing as recognition of a government, only recognition of a nation state,” Mr Meleșcanu told reporters on June 10. “As an old politician, let me tell you that when things get complicated, the only solution is to return to the electorate.”

Mr Meleșcanu’s position places Romania in direct conflict with the European Union, which in a statement on June 9 said that it would work with what it called the “legitimate, democratic government of Moldova, led by Maia Sandu.”

Russia, the United States and Canada have also said that they are willing to work with Ms Sandu.

Ms Sandu’s administration, which includes the progressive ACUM alliance and the Socialist Party, was installed by Moldova’s parliament on June 8 only for the country’s Constitutional Court to declare it unconstitutional the following day. The court also suspended the president, Igor Dodon, handing his powers to erstwhile prime minister Pavel Filip of the Democratic Party.

Mr Filip, who is close to the powerful Moldovan oligarch Vlad Plahotniuc, immediately dissolved parliament and called a new election for September 6.

Ms Sandu’s cabinet met for the first time on June 1o in a room at Moldova’s parliament building: the government’s offices remain occupied by ministers of the previous government, led by Mr Filip.

Later in the day more than 80 Moldovan civil society NGOs have called for the judges who sit on the country’s Constitutional Court to resign, claiming that they are too close to Mr Plahotniuc.

Much of present day Moldova was once part of Romania and the two countries share a language. Romania has often been accused of taking a patronising attitude towards the affairs of its smaller neighbour.