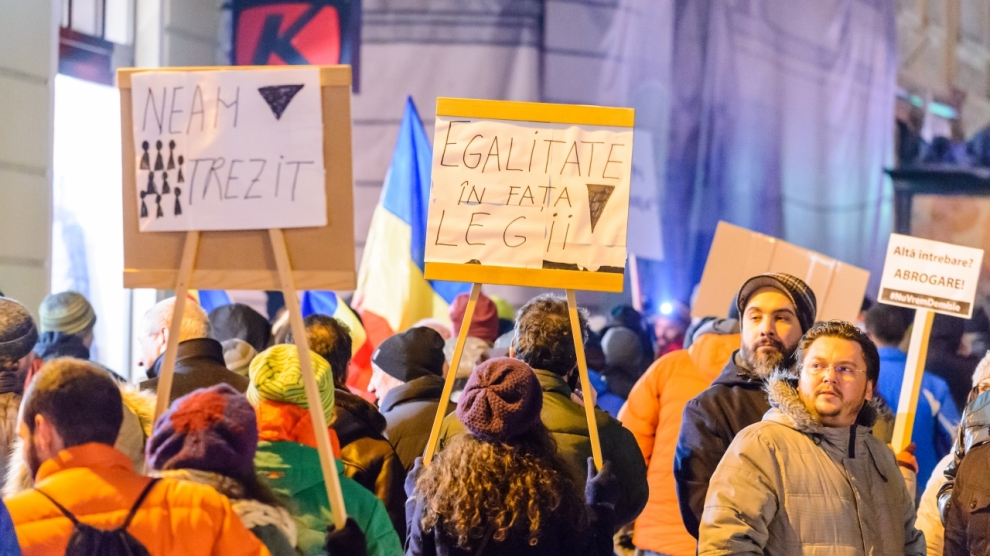 In a shock move, Romania’s main opposition parties, the Liberal Party (PNL) and the Save Romania Union (USR), together with the Romania 100 movement of former prime minister Dacian Ciolos and a raft of civil society organisations have announced a common front against the ruling PSD-ALDE coalition.

At a hastily organised press conference on December 10, leaders of the three main political groups, Ludovic Orban (PNL), Dan Barna (USR) and Ciolos spoke of the need for Romanians to unite in order to preserve democracy.

“The ruling majority was not elected to destroy the justice system,” said Mr Ciolos. “It can have no legitimacy while it destroys Romania’s credibility abroad and economic stability at home. Romania is on the verge of being thrown into chaos. Not by those quite rightly protesting on the streets, but by those who have taken power and use it abusively for no other ends but their own.”

Mr Orban added that not to oppose the ruling coalition had become an act of complicity. “All Romanians who care about the country can no longer be passive,” he said. “We need to get out on the streets and defend our values.”

“In these troubled times the opposition needs to be united,” said Mr Barna. “We support all those groups defending Romania from a ruling coalition that has become an organised crime syndicate.”

Immediately after the close of the press conference, the three opposition leaders took to the streets in protest against the ruling coalition. They were joined by 30,000 people in a number of cities around the country. The largest protest was in Bucharest, were 15,000 gathered in front of the government building in Piata Victoriei.

The joint press conference came as a surprise not least as the opposition had appeared as divided as ever only as recently as December 7, when the PNL attacked controversial but highly effective guerrilla tactics used by USR lawmakers to block a vote. It is believed that Romanian President Klaus Iohannis may have been working behind the scenes to bring the opposition together.